The date for the release of Cursed by Light has been revealed.

What time will the upcoming anime movie from The Seven Deadly Sins franchise, Cursed by Light, release around the world on Netflix?

The Seven Deadly sins anime series has become a staple of Netflix’s global push into the anime-sphere in recent years. 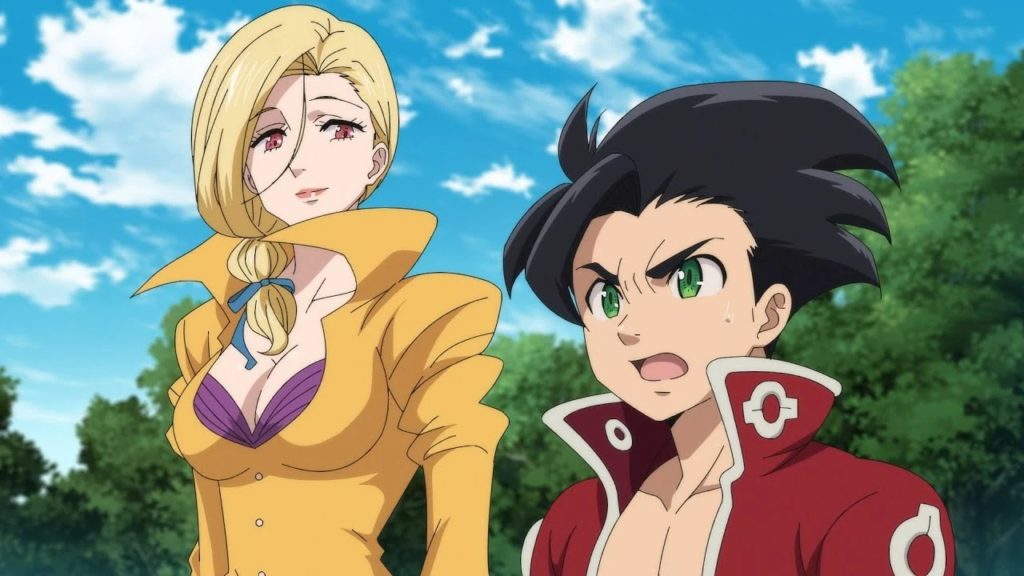 The streaming giant has so far launched five anime seasons and the Prisoners of the Sky feature movie.

However, the OTT streaming platform is gearing up for its final Seven Deadly Sins premiere, with the upcoming movie ‘Cursed by Light.

So, what time will be Cursed by Light release around the world and where does it sit in the original timeline for The Seven Deadly Sins anime?

Cursed by Light originally premiered in Japan on July 2nd, 2021, to a solid reception from fans, earning over $1.1 million in its opening weekend at the Japanese box office. 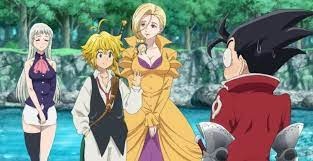 The Seven Deadly Sins: Cursed by Light anime movie is now scheduled to release around the world via the Netflix streaming platform on Friday, October 1st.

The movie is expected to launch at the following international times:

What is the plot for Cursed by Light and when is it set?

Spoiler Warning: This section will contain spoilers for Cursed by Light.

Cursed by Light is a sequel to the most recent season of The Seven Deadly Sins anime series, Dragon’s Judgement.

Meliodas and his friends jump back into action when the new era of peace is threatened by a powerful magical alliance that could spell the end for all.” – Synopsis, via Netflix.

King and Diane are finally getting married and all of their comrades are in attendance. However, “an eerie sound like the rumbling of the earth began to echo in the brilliant forest.”

An army of fairies and giants suddenly attack the group out of nowhere, wanting to punish the Seven Deadly Sins for ‘ruining’ the Holy War.

Leading the magical alliance is the once missing ‘Second Fairy King’ Dahlia and the ‘Giant Master Craftsman’ Dubs.

“Everyday life is destroyed by those who desire the chaos of the world. A terrifying conspiracy that threatens all races develops. What is the future ahead of the battle between light and darkness?! Can this cursed world have true peace? The fate of the fragile world is entrusted again to the reunited Seven Deadly Sins.” – Synopsis, via Seven Deadly Sins Fandom.

The English and Japanese voice cast…

The following cast members have been confirmed online, for both the original Japanese audio and dubbed English options:

New cast members for Cursed by Light include:

Will there be a sixth anime season?

Unfortunately, there will likely not be a sixth anime season for The Seven Deadly Sins.

This is because the series has now completely adapted the original source material from the manga series, meaning the story has now come to an end.

However, some fans are hopeful that following Cursed by Light’s international release, a spin-off or sequel project will be announced.

This would most likely concern the sequel manga series ‘Four Knights of the Apocalypse’. The series tells the story of a young boy called Percival, who is prophesied to be one of the four knights who will bring destruction to the world.

Three volumes have been published in Japan, which may not be enough for a full anime season, but could provide a solid start point for The Seven Deadly Sins to continue. You can read more here.

In other news, No Time to Die soundtrack: Score and theme song explored

Previous articleAt the age of 31, I discovered I was adopted after taking an ancestry test as a joke… Two weeks later, I met my birth parents.
Next articleRHOBH’s Crystal Minkoff Talks Erika Jayne’s Reunion Confessions