Joe McCarron, persuaded to leave hospital by anti-vaxxers diesat the age of 75

A DESPERATELY poorly Covid patient who was encouraged to leave the hospital by vile anti-vaxxers has died of the virus.

Joe McCarron was filmed leaving award in the Republic of Ireland on Tuesday last week as doctors begged him to stay. 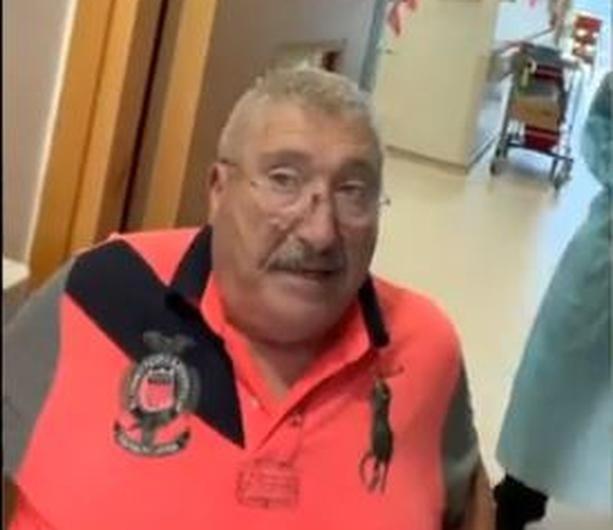 He had been receiving treatment in intensive care after becoming severely ill.

But days after the footage was filmed, the 75-year-old was dead.

He had returned to the hospital two days ago before losing his fight against the deadly bug this morning, the Irish Mirror reports.

The film of the pensioner walking away from ICU has propelled anti-vaccination campaigns back into the spotlight.

In the footage, Mr McCarron, who wears a red and black t-shirt and appears to be sitting in a wheelchair, can be heard breathing heavily.

Mureddu Gravegliu can be heard telling the sick pensioner: “Put your trousers on, my friend.

“We are going home. You are safe.” 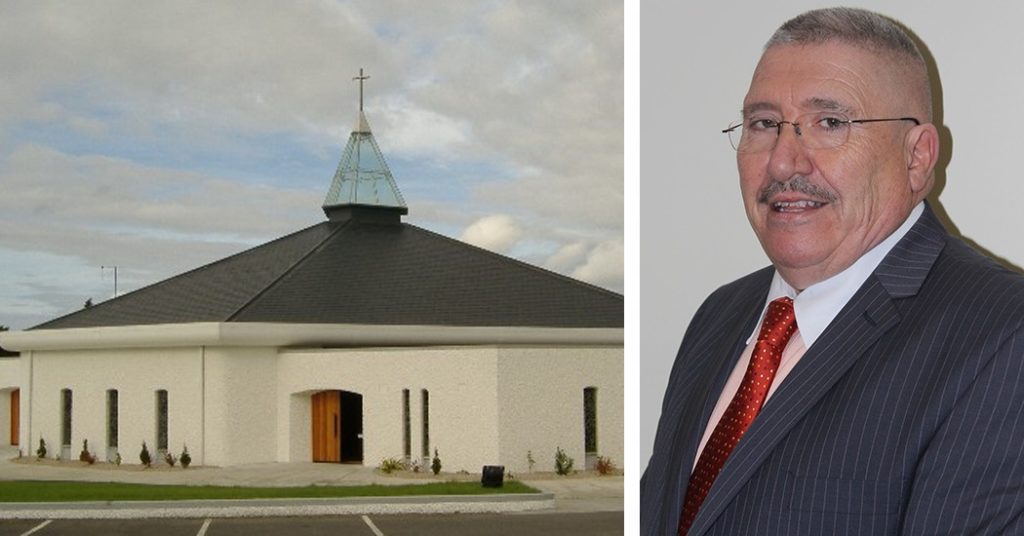 A medic tells the Italian: “You’re endangering his life by doing that.”

The doctor can then be seen leaning down to tell Mr McCarron: “You have the right to decide what you want to do, but I don’t think what he’s saying is right at all.

“You’re barely able to breathe… we want you to stay to help you.”

“These people, they’re not going to help you.”

The doctor asks him not to swear – but he replies: “That is my right because you are killing people. That’s why I’m p***ed off.”

And those responsible for getting Mr McCarron to leave have been blasted by Micheál Martin, the Republic’s Taoiseach.

“If you get Covid, you should treat it as very serious,” he said.

“Certainly, it is outrageous that anyone would, in an ill-informed way, be advising people to leave the hospital. 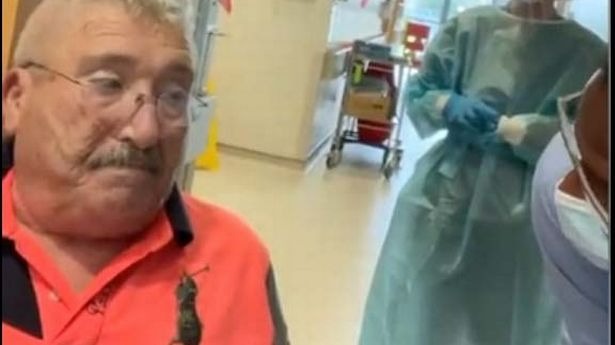 “It endangers that person’s health.”

Protestors had claimed that Mr McCarron was being forced into the ICU at the County Donegal hospital.

They arrived at the hospital to record his release.

He was rushed back to award and put on a ventilator.

Initially, doctors thought he was improving.

However, his condition suddenly deteriorated and he died this morning.

Mr McCarron’s family had slammed those who helped take him out of the hospital.

And heartbreakingly, widow Una has apologised to hospital staff for what happened.

One member of the family said: “Una would like to thank the staff and apologise for the actions of Joe’s so-called reckless friends earlier in the week.

“They did not help Joe’s recovery in any way.

“We would encourage everyone to follow proper medical advice.”

Do you have a story for the Central Recorder news desk?