Below Deck Mediterranean: Fired Delaney Evans Disembarked the Yacht for the Last Time 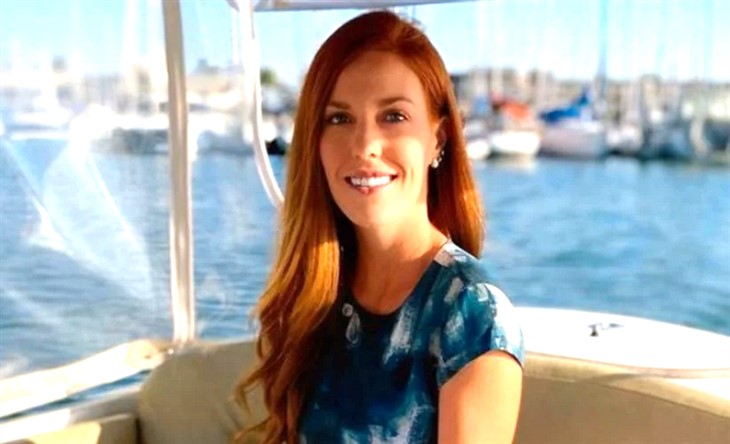 Below Deck fans may recall, Delaney Evans’ journey on the Lady Michelle came to a screeching halt on the 13th of this month.

So, after some time with the crew, she disembarked the yacht for the last time.

In an exclusive interview with Bravo Insider, the reality TV star had said that she understood the decision to cut her from the crew, adding that she knew no one was ready to change cabins to accommodate, nor was anyone ready to split the tip with another crew member.

Below Deck Mediterranean – ‘Do I Think It Was The Best Decision For The Yacht? No.’

Speaking of Katie, Delaney told Bravo that she thought Chief Stew was overwhelmed with the situation and that she probably thought the only solution was just to take things back to “what they had before.”

The former Below Deck stew said she felt Katie was “overwhelmed with everything that was going on and the feedback she was getting.”

She went on to indicate that, though she didn’t agree with the decision or think it was best for Lady Michelle, she knew it was ultimately Katie’s decision.

Delaney, 26, wasn’t so understanding when she wasn’t taken back aboard even when the crew was down one.

The Below Deck alum said she didn’t want to take it personally, but she couldn’t understand how a chief stew wouldn’t want the free help.

She went on to indicate that she would have slept in the laundry on an air mattress and that Katie could have simply told her to go back to work.

The reality TV star simply could not wrap her head around the decision.

The decision was made even more puzzling to Evans because she had felt that she had done a good job and was a hard worker.

She admitted that she didn’t know how to do everything, but that Katie could have just stuck her in the laundry or had her making beds; that she could have used the extra hand.

She went on to tell Bravo that there had to have been another reason for the firing and suggested that Katie perhaps just didn’t like her.

Being that she had never worked on a superyacht before Delaney had been “stoked to learn a new skill.”  She had come aboard the Lady Michelle a motivated, and self-proclaimed hard worker.

But even though Delaney had done her best to learn the ropes on the boat, it didn’t seem to stop her fellow crewmates from questioning her qualifications.

The former Below Deck stew had indicated on her CV that she had experienced as a deck/stew on a boat.

Delaney did say that looking back she wished she had been more forthcoming with Katie from the beginning about her experience or lack thereof. Keep checking Soap Opera Spy for more Below Deck spoilers, news, and updates.