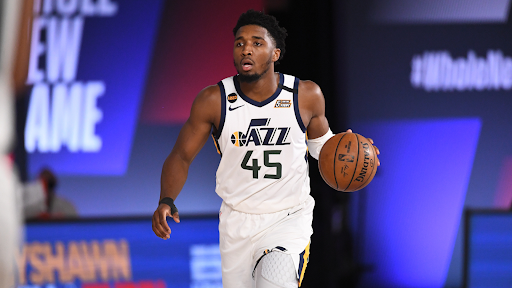 There is no shortage of all-time basketball greats who were born in the state of New York.

The list starts with Michael Jordan, the greatest basketball player who ever lived, and all-time scoring leader Kareem Abdul-Jabbar. “MJ” was born in Brooklyn, and Abdul-Jabbar was born in New York City.

Hall of Famers Julius Erving (Roosevelt), Billy Cunningham (Brooklyn) and Bernard King (Brooklyn) are among the other notable basketball icons who were born in The Empire State.

Here is a look at the very best active NBA players who came from New York..

The Utah Jazz star was born in Elmsford on Sept. 7, 1996. Mitchell earned his third straight All-Star selection here in 2022, having led Utah to a sixth consecutive postseason berth.

Mitchell’s Jazz qualified as the No. 6 seed in the Western Conference. They are a +2700 long shot to win the 2022 NBA Championship at FanDuel. Aside from FanDuel, Caesars and DraftKings are among the very best New York betting sites.

Some of the New York-based sportsbooks are offering risk-free bets to new customers. You can bet on your favorite teams such as the Yankees, Mets, Islanders, Rangers, Giants, Jets, Knicks and Nets.

The 25-year-old Mitchell has averaged over 20 points per game through each of his first five NBA seasons. He’s established himself as one of the NBA’s top scorers, and all that’s missing at this point is a deep playoff run in Utah.

The Brooklyn native was last an All-Star in the 2016-17 season, but he remains an effective bench player and occasional starter. 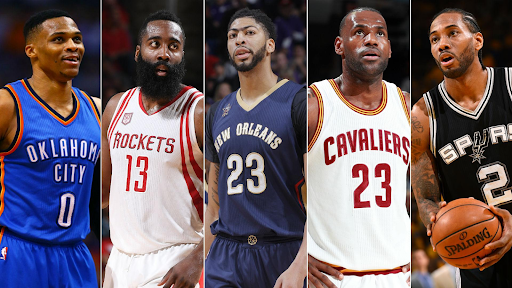 “Melo” is a lock for the Basketball Hall of Fame when his career ends. He sits 11th all-time in career points (28,289). Among active players, only LeBron James (who else?) has scored more than Anthony.

The 10-time All-Star played valuable roles in turning the long-time struggling Denver Nuggets and New York Knicks into playoff contenders. Under his guidance, the Nuggets made the postseason 11 times and went as far as the 2009 Western Conference Finals.

However, they were dispatched by the eventual champion Los Angeles Lakers in six games. Anthony was traded to the Knicks in the midst of the 2010-11 season, helping New York to a trio of playoff appearances (2011, 2012 and 2013).

In pursuit of a championship ring, Anthony joined the James and Anthony Davis-led Lakers this season. But the Purple and Gold never found their rhythm and missed the postseason altogether with a disappointing 33-49 record.

The Philadelphia 76ers standout forward was born in Islip, which is located in Suffolk County.

Ahead of the 2019 trade deadline, Harris was traded to a star-studded Philly team that also boasted Joel Embiid, Ben Simmons and Jimmy Butler. Harris has been a mainstay in Philadelphia, leading the 76ers to the postseason in each of his four seasons there.

Through four seasons in Philadelphia, Harris has averaged 18.7 points, 3.3 assists and 6.9 rebounds per game. The 76ers have undergone several drastic changes since Harris’ arrival, from the front office to the coaching staff to the starting five.

But Harris and Embiid have been stalwarts on a 76ers team that stands as a title contender every single year.

Knee injuries have unfortunately prevented Walker from playing like an All-Star over these last two seasons. But from 2017 to 2020, there weren’t many flashier scorers or playmaking guards in the game.

Walker just kept getting better and better over his final five seasons with the Charlotte Hornets, earning All-Star nods in 2017, 2018 and 2019. In the offseason, he would join the Boston Celtics in a sign-and-trade deal with the Hornets.

Walker had an excellent first season in Beantown, averaging 20.4 points, 4.8 assists and 3.9 rebounds per game. He helped Boston advance all the way to the Eastern Conference Semifinals, where they were ousted by the Miami Heat in six games.

Injuries limited Walker to 43 games in 2020-21, though he averaged 19.3 points, four rebounds and 4.9 assists per game. Nonetheless, the cap-strapped Celtics sent him to the Oklahoma City Thunder in an offseason trade.

OKC wound up waiving Walker, who signed with the home state New York Knicks. Sadly, Walker was once again hampered by knee injuries, and he was limited to only 37 games in 2021-22.