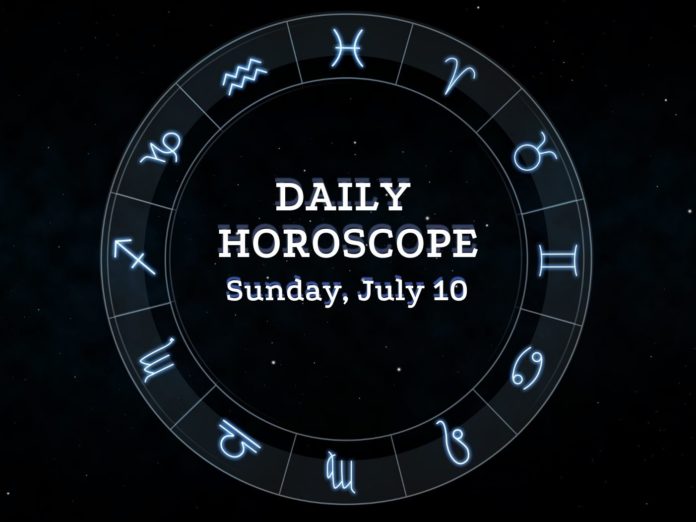 The waxing gibbous Moon moves closer to Sagittarius, Scorpio on Sunday, July 10. The position of the Central Recorder in Cancer is held. It will remain there for the next week-and-a-half. Meanwhile, Haumea, Pluto, Saturn, and Neptune’s retrogrades continue.

ARIES (March 20 – April 19)
You have a greater grasp of your mental health than anyone else. So, you’ll have to stop waiting for people to read your mind and know when you’re in crisis. You’re either going to have to tell them or deal with it alone.

TAURUS (April 19 – May 20)
You can cross all your arms and resist moving any time you like. Life will eventually find a way for you to move. Wouldn’t you rather go willingly than kicking and screaming? What are your fears?

GEMINI (May 20 – June 21)
Making the right decision is difficult. True kindness requires self-sacrifice. Doing the right thing when no one’s looking? Well, that’s even harder. Still, it’s worth it in the end.

LEO (July 22 – August 22)
Trend setting comes with some risk. You join the trend Before everyone else shows up. It can get lonely after a while. Hold fast to your instinct—others will join in soon enough.

VIRGO (August 22 – September 22)
Recently, you achieved a positive balance between your home and work. Unfortunately, this moment is quickly passing. Having to make adjustments isn’t a sign of weakness, Virgo. In fact, it’s incredibly strategic.

LIBRA (September 22 – October 23)
It can be tempting to go into autopilot when things seem easy. Stars remind us to be aware of the obstacles in front of us and keep our eyes open. An obstacle is approaching fast, but it’s nothing you can’t handle.

SCORPIO (October 23 – November 22)
It can be difficult to move forward after something happens in your past. But you aren’t doomed to stand on the rocky ground forever. You can go back and fix these issues from the solid ground you’re on right now.

SAGITTARIUS (November 22 – December 21)
Don’t assume that others understand your intentions. It is not always the same thing how we act and what others think. To avoid miscommunication, you’re going to have to speak and act clearly and directly.

CAPRICORN (December 21 – January 20)
It’s hard to quit after weeks, months and even years of exhaustion. While it’s important to reprioritize and shift your attention when necessary, resist the urge to throw in the towel altogether. You’re stronger than that.

AQUARIUS (January 20 – February 18)
You’re brave and bold—To a certain extent. When the obstacle ahead is especially unpleasant, vim or vigor can be depleted. But isn’t that when you should hold More courage, not less? You’re too far along to turn back now.

PISCES (February 18 – March 20)
Because you look for the good in others, you struggle to notice when they’re deceiving you. You should evaluate the people you surround yourself with. Listen to your gut feelings about someone.

Read our weekly horoscope for an even deeper dive into your sign’s celestial forecast.