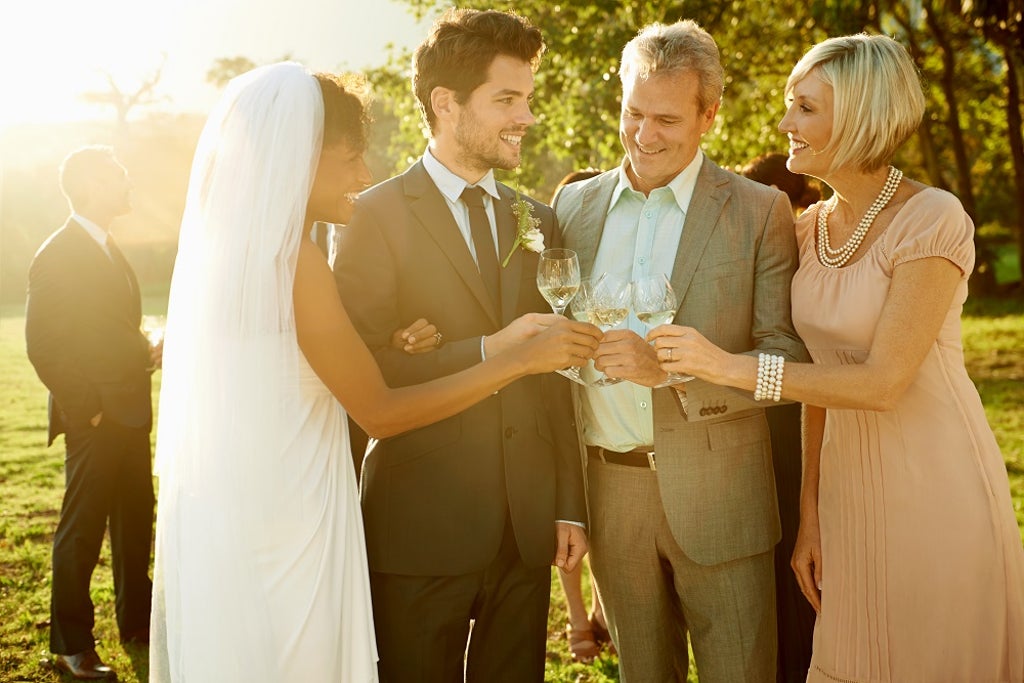 A woman is considering refusing an invitation to her sister’s WeddingHer girlfriend was not invited, as she was already engaged to the Grooming’s family is “anti-gay”.

Posting on the Am I The A**hole SubredditThe woman said that she had been living with her girlfriend almost two years.

Although her own family are supportive, her new brother-in-law’s family are “very regressive and religious”. He is. “fine”His extended family “is very traditional and anti-gay”.

The bride gave the Redditor the invitation in person, and explained that she wasn’t getting a plus one “because having a gay couple at the wedding would likely end up causing lots of drama with his side of the family.”

However, their siblings who are heterosexual have all received plus one’s for their partners.

She said: “I understand where she’s coming from, but it still feels like such a slap in the face. I’m not going to try and force her to give me a +1, but I’m seriously considering not going.

“I love my sister, but I’m not comfortable spending a whole day alone, while my other siblings are allowed to bring their partners, just because my sister wants to cater to a bunch of bigots.”

She closed the post by asking outsiders for their opinions on whether or no she would be an. “the a**hole”If she decides to remain at home.

The comments were overwhelming in her favor.

This is the top comment that has received 26,000 upvotes: “You deserve to be treated with equal respect as your other siblings. Your sister is the [a**hole] for siding with her homophobic in laws and going through with marrying someone who would demand that her sister be treated with such disrespect.

“Exactly how long does your sister expect you to exclude your partner or any future partner from large family events to cater to her in laws? If they have kids, will you be allowed to have a relationship with them, will they attend your wedding, what about holidays?”

They concluded with the following: “I’m sorry you’re being treated this way.”

Another commenter said that as a gay man, he can empathise with what she’s going through. He said he personally wouldn’t go, and would tell the sister that she is hurt “that she wouldn’t stand up for you in the face of bigotry.”

Another Redditor made the valid point that her family’s support “means not shoving you back into the closet to appease homophobes.”

Sadly this isn’t the first time someone has been made to feel bad about who they are and who they are in love with in the run-up to a wedding as we previously wrote about a man who wanted to skip his gay brother’s wedding.