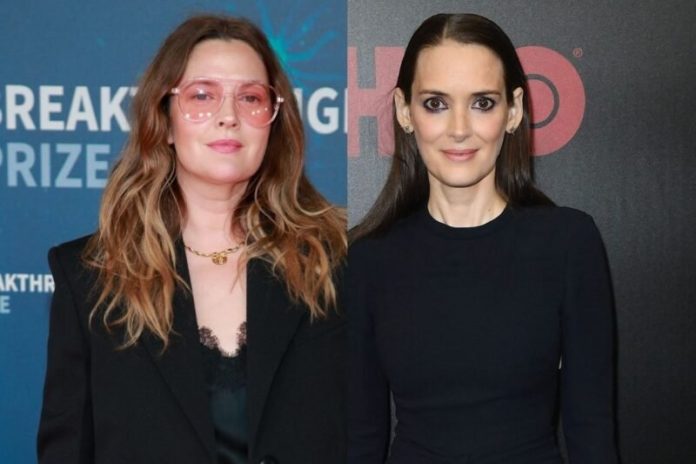 This week’s edition of the National Enquirer reports Drew Barrymore doesn’t want Winona Ryder to ever come on her show. According to the tabloid’s “sources,” the actresses have had a long-standing rivalry that began in the early ’90s when they were pursuing many of the same roles.

“They both were wary of each other when they were starting out and became Generation X icons,” Insiders confide in the magazine “so they never really become friends.”

But the outlet asserts the actresses’ rivalry intensified when Ryder struck up a romance with Barrymore’s ex-husband Tom Green. “Tom and Winona never confirmed anything was going on between them, but it was an open secret,” the source said so. 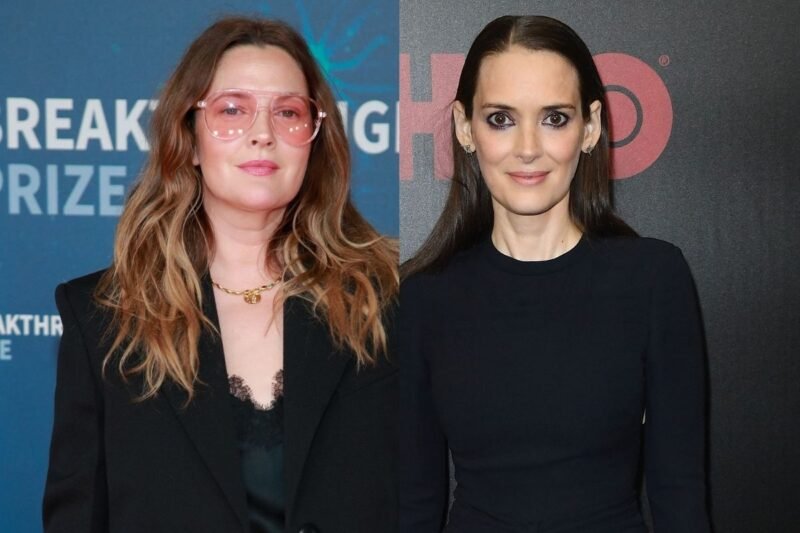 According to the source, Barrymore was not “livid” when she learned about their affair. “She’s still possessive about Tom, or at least about their brief time together,” the tipster claims. Tom Green recently appeared as a guest on Barrymore’s show, proving that she still cares deeply for him — and still hasn’t forgiven Ryder.

“People know better than to bring up Winona’s name as a potential guest. Drew could never pretend to like her. This incident was just something that added to the tension between Drew and Winona that has been going on for most of their lives,” the insider explains. Finally, the tabloid says it’s unlikely Barrymore will ever see Ryder any differently.

While drama between ’90s icons makes for a fun read, there’s absolutely no truth to these claims. First of all, there’s nothing to suggest Drew Barrymore and Winona Ryder have any kind of rivalry.

Ryder was rumored to have gone on a single date with Tom Green in 2008, six years after his split from Barrymore, but that’s the full extent of their alleged “fling”. Ryder, Barrymore, and Keanu Reeves is a friend of both of them, there’s nothing else connecting them at all.

Although Ryder may have had a romantic relationship with Green, it is unlikely that Barrymore feels any resentful feelings. Barrymore and Green had an amicable separation. Barrymore later married another man and had two children. While Green and she seem to be friends, we seriously doubt she’s hung up on him romantically.

What was the point of all this? Since Ryder doesn’t have any projects to promote at the moment, it’s unlikely she is even trying to get on Barrymore’s show. It’s clear this was a misguided attempt to stir up drama between two successful actresses, and we’re not buying it.