Will Smith is pulling back the curtain to show the world who he really is in his upcoming memoir, sharing intimate stories about his relationship with his late father and wife Jada Pinkett Smith.

The 53-year-old’s “Will,” (out Nov. 9, Penguin Press, 432 pp.) which is co-authored by “The Subtle Art of Not Giving a F*ck” author Mark Manson, recalls a pivotal point in his life that “defined who I am today” — watching his father Willard Smith Sr. hit his mother on the side of her head as a 9-year-old, frozen and scared to intervene, according to an interview with GQ published Monday.

The actor’s father, a refrigeration engineer and U.S. Air Force veteran, died in 2016 after being diagnosed with cancer.

Smith credits his comedic nature, at least in part, to the abuse he witnessed as a child, using it as a defense mechanism, noting that he thought if he kept everyone entertained and laughing, they wouldn’t resort to violence.

“Comedy defuses all negativity. It is impossible to be angry, hateful, or violent when you’re doubled over laughing,” he tells GQ.

USA TODAY has reached out to Smith’s reps for comment.

The “Bad Boys” star said his father’s death allowed him to be able to open up about the abuse.

Gathering some of the closest people in his life to share his memoir before going to publication was also the first time he was able to discuss the abuse with his mom Caroline Bright.

“She had never heard my perception of what happened. So it was really cathartic in a way. It went great. But it was a brutal couple of weeks, man. It was brutal,” he said.

“Will” will be released 10 days before the premiere of the biopic “King Richard,” in which Smith plays Serena and Venus Williams’ father Richard Williams.

‘King Richard’ trailer:See Will Smith as the father of tennis stars Venus and Serena Williams

During the GQ interview, Smith also discussed his appearance on his wife’s “Red Table Talk” last year, during which Pinkett Smith confirmed she had been in a relationship with August Alsina when the couple was separated around 2016.

The GQ profile says Smith delicately explained that while a viewer could have walked away thinking that Pinkett Smith was the only one engaging in other sexual relationships, that was not the case.

“The pursuit of truth is the only way to be happy in this lifetime,” Smith said. “And we sort of came to the agreement that authenticity was the release from the shackles of fame and public scrutiny.”

A viral meme erupted post episode of Smith looking red-eyed and despondent. Many on social media used it to indicate that the actor was hurt by his wife’s relationship with Alsina. Smith said the details he and his wife discussed publicly on the episode had already been addressed between them years prior.

“It was midnight and we were going on vacation the next day,” Smith said. “It was like, no, no, no, guys, I’m not sad. I’m (expletive) exhausted.”

If you are a victim of domestic violence, the National Domestic Violence Hotline allows you to speak confidentially with trained advocates online or by the phone, which they recommend for those who think their online activity is being monitored by their abuser (800-799-7233). They can help survivors develop a plan to achieve safety for themselves and their children. 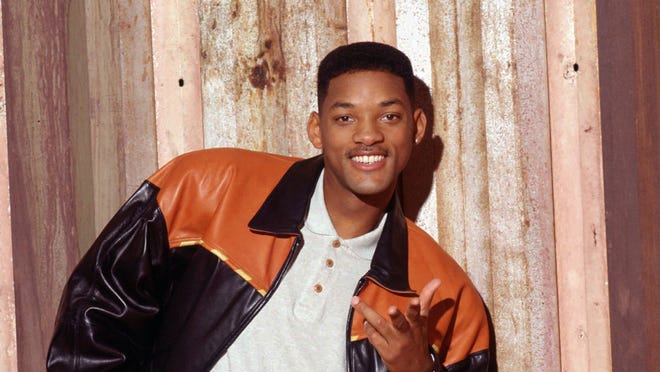