From hosting their red table therapy talks to producing world celebrated hit music and movies, the Smith family has done it all, and in the process, earned themselves the titles “freak” and “weird.”

Will Smith, 50, graced our screens in the ’90s when he appeared in the rib-cracking comedy TV show “The Fresh Prince of Bel-Air,” but that was only the beginning. He would later star in movies such as “Men In Black” and “Suicide Squad.”

His wife, Jada Pinkett Smith,  is also a veteran in the film industry. Besides starring in “The Matrix” franchise and “Girls Trip,” she hosts a watch series called “Red Table Talk,” together with her daughter Willow Smith. 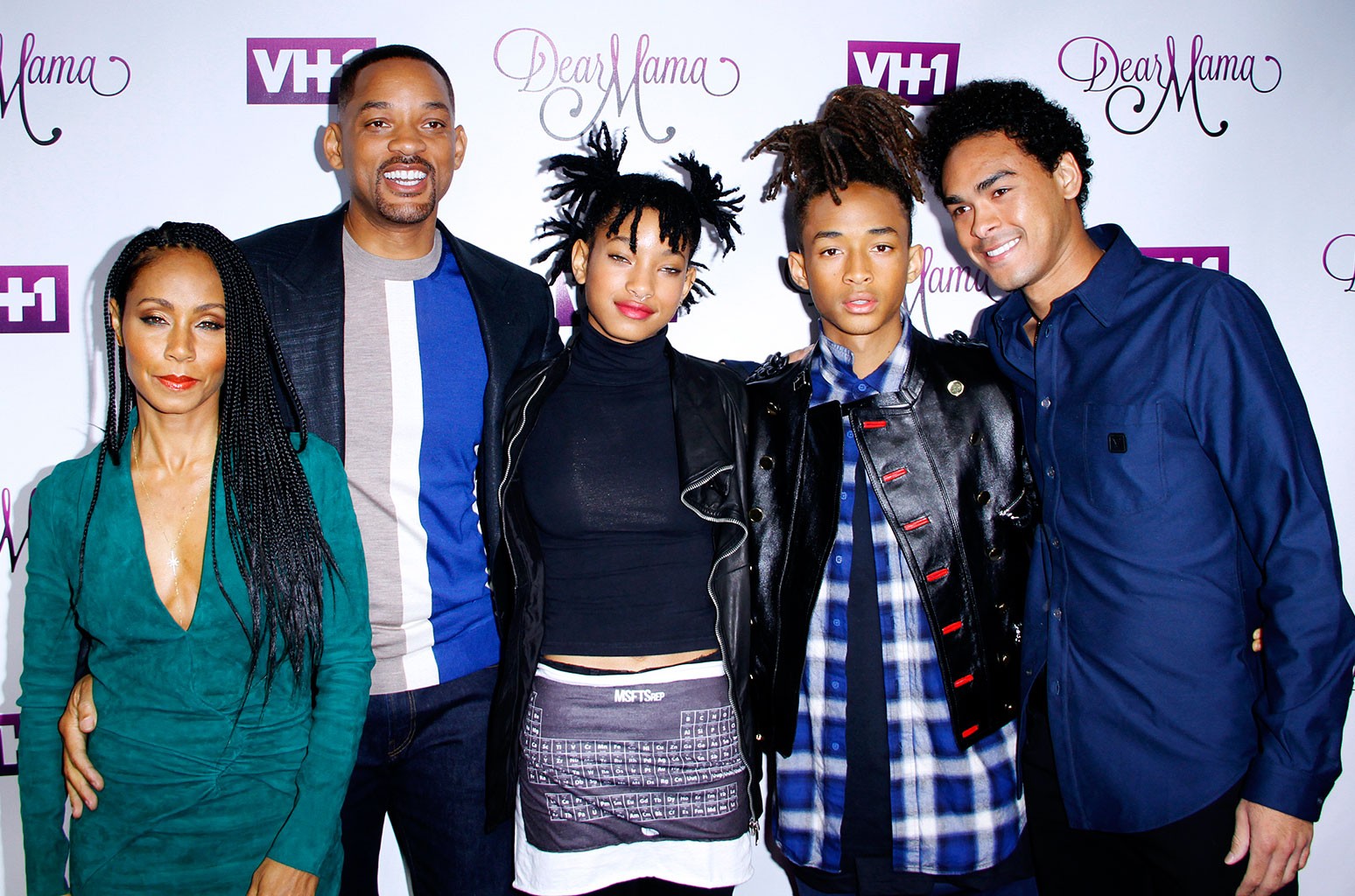 BECOMING ONE OF HOLLYWOOD’S MOST INFLUENTIAL FAMILIES

With their parents making big names for themselves in the entertainment industry, it was no surprise that the Smith kids, Jaden, 20, and Willow, 18, would also be highly inclined towards acting or singing.

Together, the Smith family has succeeded in becoming one of the most influential families in Hollywood, with their unlimited talent stretching across making music, movies, running a successful youtube and Facebook web series channel.

Will’s youtube channel had amassed more than five million subscribers, while The “Red TableTalk” has garnered over 275 million views and an Emmy nomination.

From the beginning, Will and Jada taught their kids, Jaden, Willow, and Trey – who Will shares with his first wife, Sheree Zampino- to be independent thinkers and not be tied down to heteronormative standards.

Vanity Fair reports that Will has spoken out about his thoughts on giving his children the freedom to express themselves at such a young stage. He said:

“Jaden is 100 percent fearless, he will do anything. So as a parent it’s scary, it’s really terrifying — but he is completely willing to live and die by his own artistic decisions.”

NO PUNISHMENT FOR THE SMITH KIDS

But despite his faith in his kids, his followers felt that the Smiths were not raising their kids right. Will’s admission that he and his wife did not punish their kids seemed like a line from a book.

Instead of punishing their children for wrongdoings, they made them accountable for them and asked them why they chose to do what they did. He was adamant that they prefer giving their kids control over their own lives.

It was a controversial decision by Jayden to wear a skirt to the Louis Vuitton fashion advertisement in 2016. The criticism was met with Will’s support for Jayden’s creative expression.

TEACHING THEM TO EXPRESS THEMSELVES

Even though Will jokes that he should not be held responsible for his kid’s fashion choices, he says that his kids are free to dress however they want and express their true selves without conforming to societal and gender demands.

Will sometimes doubted whether some of his methods were correct.

He expressed his admiration for Jaden for daring to wade the murky waters that many older artists before him had been unable to by not being afraid to put his raw self out there, despite the expected backlash.

When the kids were still young, Will and Jada created a “Circle of Safety,” a concept that allowed them to have open conversations with their children, even though it was about wrongs they’d done without getting in trouble.

Will and Jada don’t treat their children like inferiors. They treat them as equals. Therefore, they expect their children to make the same decisions as adults. Eonline reports him to have spoken to Haute Living on the same saying:

“We respect our children the way we would respect any other person.”

THE END RESULT OF THEIR UNORTHODOX UPBRINGING

For years, the Smiths faced a lot of reprisal for choosing to bring up their kids differently. Will wasn’t always sure whether certain of his choices were right.

Although all of this backlash occurred many years ago, it is now obvious that the Smiths were aware of what they were doing and that their kids were being raised with all that freedom. This would make a parent seem unconcerned and selfish.

The different ways of bringing up their children and letting them make their mistakes and learn from them seem to have paid off as their kids have grown into themselves, learning to express their true selves.

The Smiths did not bar their kids from exploring their interests, be it in acting or music, and as Jada would often say, they wanted to educate their kids to be the best in whatever they chose to do.

[Jaden and Willow’s] Now, controversial decisions that were once criticized are fashionable.

HOW THEY ALL TURNED OUT

Dr. Jenny Rankin, a child education expert, says that the freedom the Smiths allowed their kids helped them grow into well-balanced and better-prepared adults.

He adds that this is one of the reasons that the Smith children, unlike many celebrity kids who are always out partying and possibly wasting away, the Smith kids are almost always pursuing their passions and working hard at their dreams.

Willow, who was once frowned upon for shaving her head in protest, and Jayden, who was criticized for wearing a skirt, are now some of the most celebrated kids of this generation.

“The Smiths were ahead of their time Their past actions have become trend-worthy and admirable due to the cultural climate changing and becoming more accepting.”

While you can never protect your kids from everything, it is evident from the Smith ways of bringing up their kids that you can support your children and give them the freedom to be who they want to be, and they would still turn out great.