America, meet ”Shark Week guy.“ He parties with Bono, out-hypnotizes Bill Clinton, and has the skills to become the heir apparent to Bob Iger

“There’s definitely charisma, the laser-like focus and personality traits that comes with the sexiness of the entertainment business,” one former Hollywood chief executive said. “When you’re talking with him, everything goes away and you feel like they are only interested in what you have to say.” Zaslav’s charisma is a superpower that’s well known among industry insiders as a way the executive forges alliances and threatens rivals to get what he wants. The charm factor makes him one of the corporate world’s most well-connected leaders — and apparently someone you need to hang out with.

The stories are legend. He somehow dragged Oprah Winfrey to a late-night drinking session to meet Bono at New York’s Soho House, deals cards at regular poker games with Jimmy Buffett and Irving Azoff, and his annual Labor Day parties in the Hamptons are packed with powerful names from Lorne Michaels to Supreme Court Justice Stephen Breyer.

He’s not just connected with a SCOTUS, but plugged in with at least two POTUSes as well. Zaslav, a regular on Washingtonian magazine’s annual power list, has been a guest at President Barack Obama’s state dinners and President Bill Clinton presented him a 2010 award for Discovery’s educational programming. 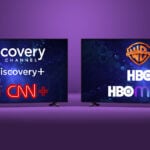 After receiving the recognition at the annual Clinton Global Initiative, Zaslav was tested in his ability to hold people’s attention since the former president wrote the book on giving everyone he meets his full and undivided concentration. But at a VIP-only reception held that night inside a Sheraton Hotel ballroom, one attendee said Zaslav held court with a few other guests as the entire room began to buzz: “It was surreal watching Clinton walk in and he sucked the air out of the room.” But the people Zaslav was talking to? “They never looked up.”

By all accounts, these skills are needed as the first chief executive officer of Warner Bros. Discovery faces critics who are already lining up in what may be a quick honeymoon period. His first big decision naming a board drew sharp criticism for not including any Latinos, made worse since the Los Angeles headquarters is in a region where the ethnic group makes up 48% of the population.

The National Hispanic Media Coalition already deployed a social media meme using Warner Bros. Discovery’s new logo, altering Zaslav’s personally selected slogan of “The stuff that dreams are made of” by doctoring in “Unless You’re Latino.”

Zaslav has been under the radar until now

Then there’s Zaslav’s lack of name recognition outside of New York City and Washington, D.C., where politics, media and business are engrained into the culture. Other entertainment chiefs, such as former CBS leader Leslie Moonves, were able to penetrate Main Street America’s awareness.

Zaslav has mostly operated under the general public’s radar since launching his career in 1989 as a young NBC executive before becoming CEO of Discovery Communications in 2006. In contrast, the cable giant’s brands like Food Network, TLC, and Animal Planet are dwarfed by the Big Three networks.

One area where Zaslav has stood out is in his compensation package, which hit a jaw-dropping $246 million in 2021, making him the highest paid leader of any American public company. By comparison, Iger took home $54.9 million as Disney chairman and CEO Bob Chapek earned $32.5 million. Zaslav routinely grabs the No. 1 spot on the top earners list, mostly thanks to growing the company’s size and also because mentor John Malone is the company’s largest shareholder.

But even inside the halls of Warner Bros., some employees pounced on computer keyboards to search “Z-A-S-L-A-V” when the deal news broke last spring. One development executive said a staffer who’d never heard of the new boss started referring to him as “the Shark Week guy.”

And at CNN just a few years ago, the Warner-owned cable news giant poked fun at the Discovery CEO in a headline: “David Zaslav made $156 million last year. Who?”

They’ll certainly know who in the coming months. The company is about to slash about $3 billion in costs, with more than one Wall Street analyst privately using the word “bloodbath” to describe the imminent layoffs expected due to overlapping areas like television, marketing and back office functions. There’s no official word, but the downsizing could dwarf the some 4,000 positions eliminated when Disney bought 21st Century Fox’s entertainment portfolio three years ago.

Zaslav is now on a multi-city listening tour to introduce himself to the 27,000 Warner Bros. employees expected to suffer the brunt of the pink slips. The first visit on Monday was with CNN staff, who said the new boss complimented the network’s Ukraine coverage and voiced faith in the newly launched CNN+ amid reports the streaming service is struggling.

He visited Warner Bros. offices in Atlanta on Tuesday, WarnerMedia/HBO offices in Culver City on Wednesday — and concludes his tour Thursday with a companywide town hall at the iconic Warner Bros. lot.

There’s no expectation the all-hands meeting will be confrontational, but a collective nervousness is likely to dominate. The company’s chief financial officer Gunnar Wiedensfels previously telegraphed that there was “optimization potential” — a corporate-speak buzzword that, according to Bank of America media analyst Jessica Reif, means he’s looking at everything from the kind of software the payroll department uses to third-party marketing budgets.

“Gunnar is the best in the business, he’s very thorough,” she said. “Everything in the combined company is going to be under a magnifying glass, and [Zaslav] is going through a tough process that is a critical time for the next six months.”

The company’s new executive team is trying to breathe new life into the nearly century-old Warner Bros. studio, reinventing it as the industry figures out when to release movies in theaters and when to make them available on streaming platforms.

And executives like Zaslav are going to be front and center with ordinary Americans long fascinated by the machinations of entertainment moguls. Almost everyone in the country with access to a computer or television can watch Warner Bros. films, HBO’s series, and reality TV hits on Discovery.

“David has the charisma and drive to keep expanding the company and continue to innovate it,” said a banker who was close to the cable company’s deal to buy the studio from parent-company AT&T Corp. “This is the age of the celebrity CEO.” The age of the celebrity CEO

The dawn of the celebrity CEO era began when Lee Iaccoca gained fame by becoming the executive who turned around struggling auto maker Chrysler. His television commercials became an iconic slice of TV during the 1980s.

But the pioneer who meant the most for Zaslav is Jack Welch, the General Electric chief whose multinational conglomerate owned NBC. He has credited “Neutron Jack” for launching his career and is still close with his widow, Suzy Welch.

The business leaders paved the way for today’s most-watched CEOs that include JPMorgan Chase CEO Jamie Dimon in banking, Mark Zuckerberg for tech and former Disney boss Iger for entertainment. Yet, the entertainment industry remains without a CEO who stands out since Iger retired from his Burbank perch in 2020. He transformed Disney into a financial fortress through a deal-making spree that included Fox, Marvel Entertainment, Lucasfilm and Pixar Animation.

The only other potential pacesetter is Fox CEO Lachlan Murdoch, who has remained mostly quiet for a Murdoch since inheriting the family business in 2015. Netflix’ Reed Hastings and Ted Sarandos and Amazon’s Mike Hopkins have all been visible leaders among the major streamers.

The one thing that seems certain is these studios and their CEOs won’t all survive the coming realignment. Jason Kilar, the WarnerMedia chief who Zaslav didn’t bring along for the ride, expects only Disney, Netflix and now Discovery Warner Bros. at the end of “a three-horse race.” There’s another pretty good vote of confidence for Zaslav.