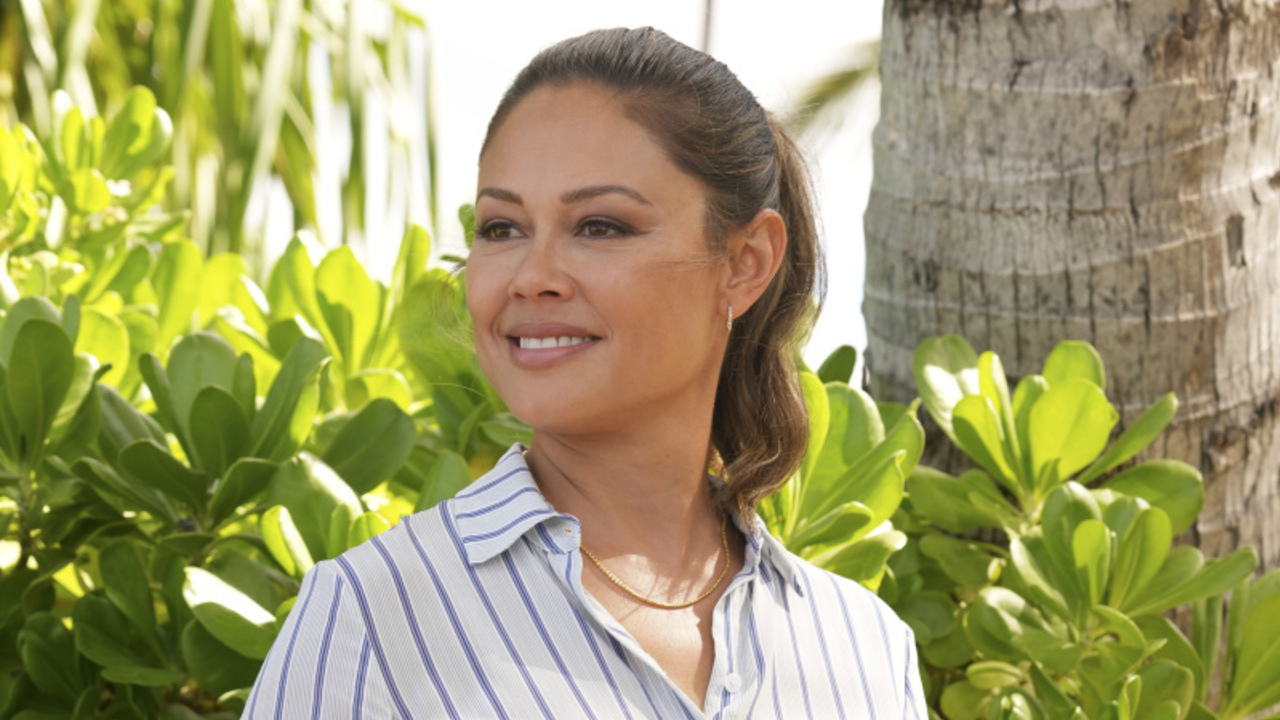 Vanessa Lachey made her way to primetime in a big way in the 2021-2022 TV season as the star of NCIS: Hawai’i as the latest spinoff in the hit NCIS franchise. The new show earned a full season order after just three episodes aired, and the future is looking brighter than ever with a crossover event on the way. But based on a recent video post from Lachey, combined with some other possible social media clues, it looks like fans could soon be in for some great news from CBS about a second season.

For her starring role in NCIS: Hawai’i, Vanessa Lachey, husband (and boy bander) Nick Lachey, and their kids all relocated to the Aloha State. A recent Instagram video that’s celebrating football may actually be a clue that the new show has another season on the way. Take a look:

Although the caption from Vanessa Lachey may be a little less attention-grabbing than Guns N’ Roses’ “Welcome To The Jungle” playing over Cincinnati Bengals fan Nick Lachey celebrating his favorite team going to the Super Bowl, the actress revealed that her husband is in Los Angeles to move their LA home while she is in Hawai’i with their kids.

Additionally, in a video posted by Nick Lachey on his own Instagram account while watching the football game, the house in the background is empty of all furniture, although he clearly kept a TV on hand. All signs point toward the family fully relocating their lives to Hawai’i without holding onto a house in LA, which suggests that they have reason to be confident about sticking around Hawai’i. And what better reason than a forthcoming Season 2 order?

The ratings prove that the Vanessa Lachey-led series is winning with viewers, which is good news for the whole family. Back in September, Nick Lachey told ET that he hopes that the family will “be there for the next 15 years” and was in the process of getting their dogs ready for the move to Hawai’i. With what appears to be a full move out from their Los Angeles home, it certainly seems like the family is ready to settle in for the long haul in the Aloha State.

Even though the first season isn’t even close to ending just yet, NCIS: Hawai’i has been such a hit for CBS that the true shocker would be if it doesn’t get the news of a second season in the not-too-distant future. CBS has already started handing down renewals for successful shows, with freshman series Ghosts as well as three other comedies getting the news that they’ll come back for the 2022-2023 TV season. The newest NCIS spinoff (which premiered just months after the end of NCIS: New Orleans) could well be one of the next shows to get the official renewal order.

While waiting for what seems like inevitable good news with the Lachey family’s apparent full relocation from LA, you can catch new episodes of NCIS: Hawai’i on Mondays at 10 p.m. ET following the end of the Olympics on NBC in late February. The spinoff will be part of a crossover event with NCIS, which will air on March 28. There are more questions than answers about NCIS characters crossing paths with NCIS: Hawai’i characters, but the most recent episode of Hawai’i revealed a surprise connection to Gibbs, so anything is possible. For more of what to watch in the coming weeks, check out our 2022 TV schedule.