Central Recorder
Home Sports Who are the new faces of the NBA?

The NBA draft for 2020 is now done and dusted. For the first time in several years, the number one pick was wide open meaning the top order was somewhat unpredictable.

Here we look at the first five recruits.

As you might expect, the new Cleveland Cavaliers recruit is somewhat raw with some elements of his gameplay. His handling and distance shooting could do with a little refinement. His defensive side of the game is pretty sensational though with his explosive power making him a force to be reckoned with.

Okoro is an inexperienced player though with just the one college season under his belt at Auburn. In that year, he averaged 12.9 points, 4.4 rebounds and 2.0 assists per game.

If truth be told, there isn’t likely to be too much pressure on the 19-year-old in the coming 12 months but he has potential to become a decent player at the professional level and the Cavs fan base will expect to see at least a few glimpses of the unpolished quality he obviously possesses.

Chicago Bulls used their first pick on Florida State small forward Patrick Williams. In many ways, he’s similar to Okoro. He too only had the one year at college, his game is built on athletic ability rather than being spectacular technically and he is more than able to perform in many different defensive positions.

Again, his freshman stats aren’t bad by any stretch but they’re not necessarily worthy of being up in lights with averages of 9.2 points and 4.0 rebounds.

That said, there are some marked differences too. For one, Williams’ stature is more akin to a natural NBA frame and his ability under the rim is probably better than Okoro’s too.

Finally – and this is arguably the biggest factor in him going at number four – is the fact he has a higher ceiling if everything falls into place.

LaMelo Ball, whose brother Lonzo of the New Orleans Pelicans was the number two overall pick back 2017, has taken a slightly abnormal route to the big time compared to the other names on this list. Whilst most players go via the college system, Ball stepped into the professional game with a move to Lithuania for the 2017/18 season.

That move didn’t really work out as he made just one start but a subsequent move to Australia went much better as the point guard averaged 6.8 assists and 17.0 points per game.

Ball is known to possess excellent handling skills and his ability to feed teammates isn’t in question. Everything points to him playing a big role for the Charlotte Hornets in the coming season.

The biggest question mark hanging over Ball’s head is whether or not he has the mentality required to handle the pressures of the NBA.

Wiseman was always going to go early in the draft with his huge 7’1 frame and unexpected nimble footedness on the court a match made in heaven for the NBA. The centre posted some remarkably impressive stats with the Memphis Tigers but they do come with an almighty pinch of salt.

The reason behind that is due to a suspension Wiseman had to serve relating to the manner of his arrival in Memphis. That decision was later softened but, by that point, Wiseman had his eyes set on the NBA.

All that means that Wiseman played just three matches at college. In itself, that’s no problem but it makes him somewhat of a wildcard. His size, strength and speed aren’t likely to be misjudged.

Assuming the more skilled side of his game isn’t a million miles away from the benchmark he’s set during his limited court time then he could tear things up in the coming years. Is the pick a gamble? Possibly but it’s a very measured one by the Golden State Warriors.

Finally, we come to the first overall pick. As mentioned at the start of this article, the number one pick was far from nailed on so the Minnesota Timberwolves will be hoping they judged the recruits correctly. Edwards has a lot going in his favour after a sterling year in Georgia. The shooting guard earned the honour to SEC Freshman of the Year and led his team on the scoring front.

His 19.1 points per game was a decent return but what really made Edwards shine was his awareness and ability to tee up his teammates for scoring opportunities. 2.8 assists per game back this up. Most of the players in this list have one area where they really excel.

That’s perhaps not something you can say about Edwards with his game the most rounded of the lot. That combined with his statistics is probably why he got the nod at number one.

There you have it, the top five picks of the 2020 NBA draft. The games are scheduled to start on the 22nd of December.

Click here to see the NBA odds for the upcoming season: extra.betamerica.com/nba/odds/ 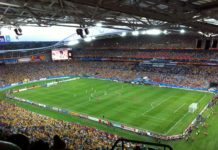 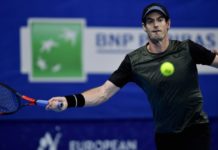 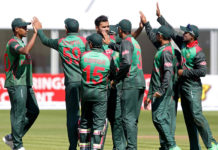