What Made the 1988 Royal Rumble So Great?

By Eliza Cohen
February 5, 2022
In
Entertainment

1998 might have been the first year that the Royal Rumble took place, but that doesn’t mean it is any less important in the wrestling calendar. Although at the time no one could have predicted that the event would kick-start such a popular yearly event, the 20 wrestling superstars that entered the ring that year all wanted to win – and it showed.

It Was Full of Surprises

Although no one really knew what to expect from such a match, people still had their hopes and expectations pinned on their favorite superstars. The Ultimate Warrior was probably the biggest name taking place that day and many felt that he was bound to do well – but were left disappointed when he lasted just three minutes into the ring. He was eliminated from the match when One Man Gang and Dino Bravo worked together to toss him out of the ring.

Hacksaw Jim Duggan is a superstar wrestler that took part in the first-ever Royal Rumble and is still a star that fans talk about to this day. Dugan was the 13th wrestler to enter the ring that day, which at the time was limited to 20 wrestlers and he managed to battle his way through to be in the final two against One Man Gang. On paper, One Man Gang had the advantage and wrestling fans still talk to this day about Duggan beating him by opening the ropes and watching him tumble through. Duggan talks about his time participating in Royal Rumbles fondly and often talks about how you need to stay away from others in the ring for as long as possible in order to be successful. “The whole thing is about longevity,” explains the retired wrestler, speaking to Betway online casino. “That’s why when you watch the Royal Rumble, everyone goes straight to the corners. That’s a safe place.” 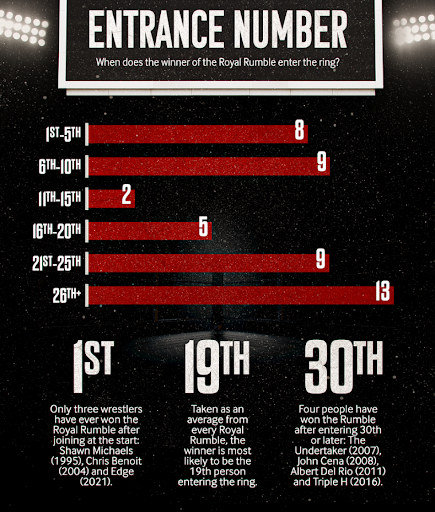 At the time the WWE did not have the roster of big-name wrestlers that the company has today, so many were worried that they would be able to attract wrestlers that would make the match exciting. In the end, the limit of 20 was just enough as it meant that lesser-known wrestlers such as Sam Houston and Danny Davis could take part – although they weren’t expected to win, it was seen as a great opportunity to showcase their talents and further their career.

People Wanted to See How It Would Work

The Royal Rumble was a new concept and with 1988 being the first year it took place, people were invested in seeing how it worked out. As it was, when Jake Roberts was the first superstar to eliminate another by tossing Butch Reed over the top of the ropes, people knew that the match was something special. Seeing Roberts make the first elimination people watched to see how he would fare in the rest of the match, but 21 minutes later he was eliminated by One Man Gang.

It was a new concept but one that wrestling fans quickly loved and could see would be an exciting watch and it is that which helps to make the 1988 Royal Rumble so great.