What does a Starbucks barista think about the “Pay it forward” chain?

By Amy Comfi
September 15, 2021
In
Uncategorized 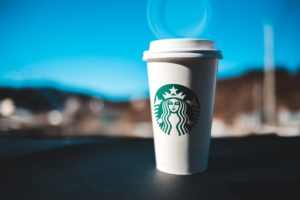 Although the Starbucks “pay it forward” chain may seem like a great idea, many employees don’t agree with the idea.

Regular Starbucks customers will be familiar with their “pay it forward” scheme. This involves paying for the drinks of those behind you in line.

It’s an adorable gesture that can make someone’s day.

According to an ex-barista, however, the scheme isn’t very popular with staff who work in the store.

Hannah Wilson, who has been working for the giant company for nearly seven years now, said that the pay it forward system is actually very effective. “extremely annoying”People who work.

“I just want to say publicly, as a former Starbucks barista of nearly seven years, since the current Starbucks employees can’t say it,” She wrote the following in her Facebook public service announcement.

“Pay it forward is extremely annoying and makes everything confusing. It makes it easy to hand out the wrong drinks and just sucks.”

A mum whose father told her to marry a plumber decided to become one.
Salon left with a strange odor after the customer leaves a suspicious bag.

Hannah rightly pointed out the fact that people waiting in line can probably afford coffee. If they couldn’t, the scheme would be a disaster.

“Instead of paying for the people behind you, who can probably afford their own stuff since they’re in line intending to pay, tip the people making your drinks who have been understaffed for months,” Before concluding, she continued: “Thank you for coming to my Ted Talk.”

While it is clear that she has a valid point to make, not everyone agrees.

“As a former Starbucks employee, this person sounds salty AF. It’s really not that hard to keep up with, and I loved when people would do it for others, “One person made a comment.

Yet another: “That’s not quite the point of pay it forward. Not against tipping – but it’s just not the point.”

Rats ‘the size of cats’ reportedly invading homes through toilets

Rats ‘the size of cats’ reportedly invading homes through toilets