Was There A Clash Between Reese Witherspoon & Jennifer Aniston Again?

A source explained, “Reese took tons of pictures… but there was no sign of Jen.” Aniston did take photos a few days later, but the slight remained.

Witherspoon and Aniston’s relationship slowly deteriorated as the shooting progressed. “They went from being friends to Jen disliking her. The consensus on-set is that there was a power struggle,” an insider says.

Witherspoon’s competitive attitude apparently clashed with Aniston’s chill demeanor, leading to a war that’s apparently visible to the show’s crew. A tipster says that the Friends star “makes cups of tea for the crew. Reese would never do that.”

This absurd story is back, like clockwork. Ever since The Morning Show started, tabloids have rushed to report about the conflict between its stars. You’d think this narrative would stop now that the two have returned for a second season. But you would be wrong.

Reese Witherspoon is a friend of Jennifer Aniston for decades. They played sisters on Friends and have gushed over one another during their press tours for The Morning Show. It’s completely unbelievable to think they suddenly have incompatible personalities when they’ve literally already worked on a full season of this show. 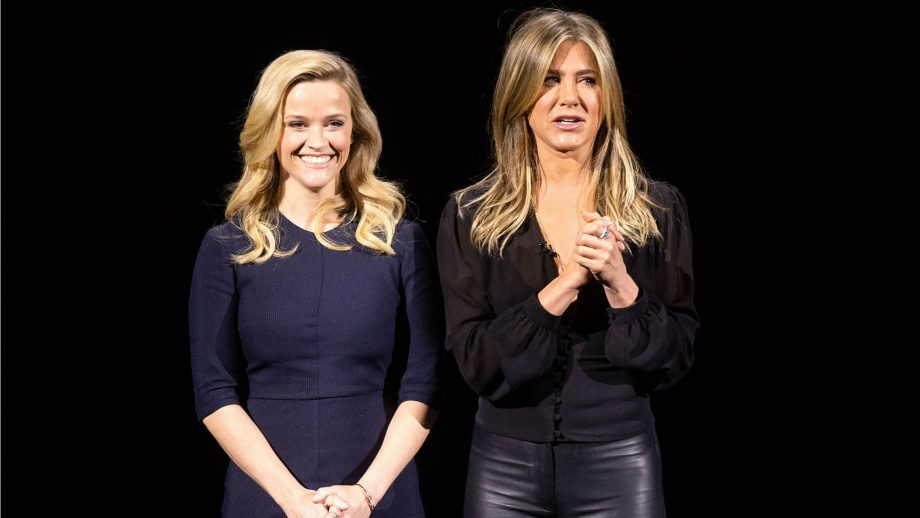 Aniston’s rep denied that she is in a rival relationship with Witherspoon. Aniston made up for the missed photo call a few days later. The Office Space star is cutting friends out of her life due to COVID-19, so she’s not against dropping people. Witherspoon simply isn’t one of those people.

Reese Witherspoon is a favorite target of In Touch’s ire. It claims that she and Jim Toth will be divorcing. Apparently, they’re still on thin ice because Quibi failed. Seriously. The stories about Toth and Witherspoon being happily married are totally false.

As for Aniston, this tabloid seriously ran a cover story about her getting back together with Brad Pitt — in 2020. With coverage this bad, it’s impossible to believe anything in this story. One delayed photo call does not end decades of friendship. The story is totally false as Aniston & Witherspoon are still close friends.