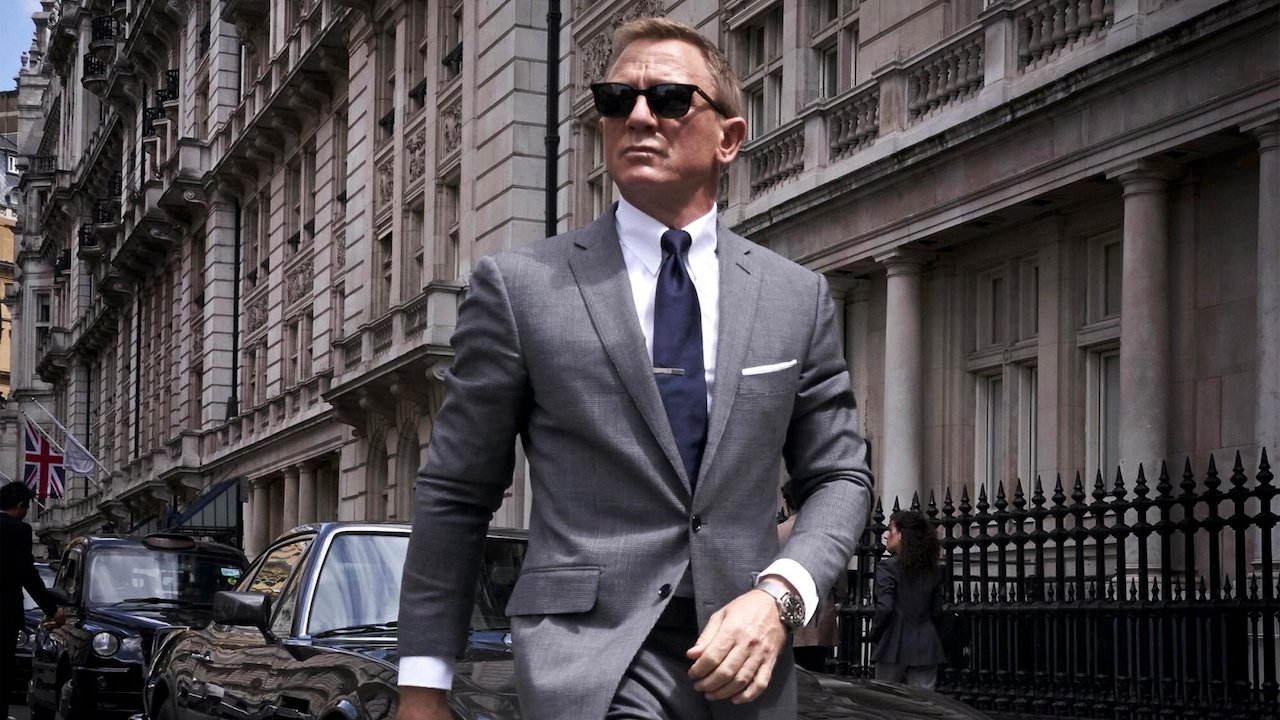 As far as non-superpowered, badass movie protagonists go, James Bond is certainly one of the most well-known examples, if not at the top of the list. And while most us will go through life not knowing what it’s like to hunt down bad guys as a 007 agent for MI6, that doesn’t mean we can’t take steps to boast the same kind of physicality Bond has. For those wishing to accomplish such a goal, the trainer who worked with Daniel Craig during the entirety of his Bond tenure has revealed what it takes to undergo such a transformation.

As Simon Waterson detailed in his conversation with Men’s Journal, rocking the same kind of body Daniel Craig had in No Time to Die takes more than just working out. There’s also nutrition and a recovery regimen to implement. So let’s go the dieting aspect first. Before workouts, if Craig wasn’t eating a meal, he ingested a “a plant-based recovery shake using nut milk, plus protein and greens.” This was accompanied by a shot of turmeric juice to serve as a natural anti-inflammatory and a probiotic shot to bolster immunity.

Regarding the workout itself, Simon Waterson shared a “pared-down” version of what he put Daniel Craig through as a preshoot conditioning routine. Start off with 10 minutes on a Wattbike or Assault AirBike, then shift to 12 to 20 reps of the moves in Waterson’s “first superset” that emphasize speed and agility work, as well as stabilize core muscles. Repeat that superset once or twice, rest as needed and then continue with the remaining supersets. This workout should be done twice a week.

Finally, after your intensive workout, rather than just crash on the couch and watch something on TV, you should instead follow Simon Waterson’s recovery regimen. Start by stretching and releasing a light resistance band, holding it both up and down and side to side to relieve the sore chest and lats. Then use a foam roller to release the shoulders, lats, legs, and back. Follow that with reducing tightness in IT bands, hips, and glutes with a percussive massager.

Again, following this workout doesn’t mean you immediately transform into a secret agent who regularly saves the world, but at the very least, you can physically emulate him by following the above steps. Clearly Daniel Craig approved of Simon Waterson’s work since the latter was around for Casino Royale, Quantum of Solace, Skyfall, Spectre and No Time to Die. Waterson has also been a trainer on blockbusters like Captain America: The First Avenger, Guardians of the Galaxy, Solo: A Star Wars Story and Jurassic World: Fallen Kingdom.

With No Time to Die having already opened in the UK, US audiences can see Daniel Craig’s fifth and final outing as James Bond starting with early IMAX screenings this Wednesday evening, following by early showings in all formats kicking off the following Thursday evening. Don’t forget to scan through our 2021 release schedule to learn what other movies are left to come out this year.

Previous articleEverything that Priti Patel announced in her speech to the Conservative party conference
Next article34 of the funniest jokes and memes about Facebook, Instagram and WhatsApp going down