By Tom O'Brien
November 22, 2021
In
EntertainmentCelebritiesUSAViral 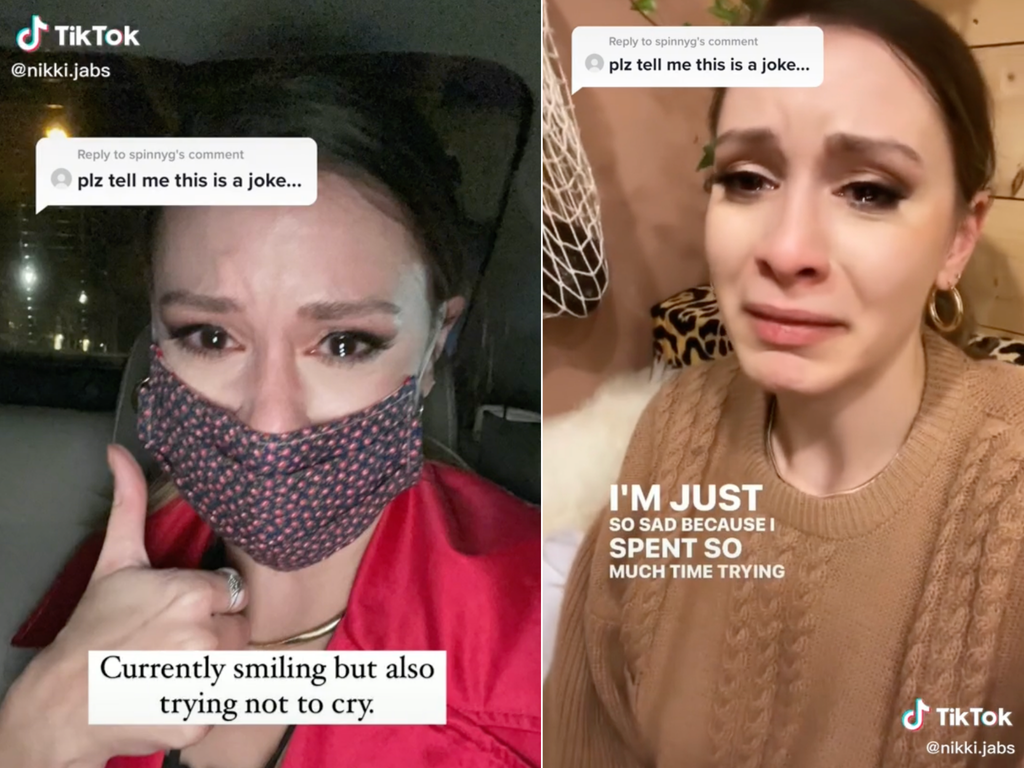 A TikTok has gone viral after a woman revealed she was sent home by her date in an Uber because he didn’t like her outfit.

This shocking video was uploaded by TikToker @nikki.jabs. It begins with images of her riding in an Uber and text overlays explaining her evening.

The text explains: “I said, ‘I’m wearing this to the function or going home.’ He said, ‘Can I call you an Uber?’

The next image shows Nikki clearly feeling emotional, with tears in her eyes. The text overlay read: “Currently smiling but also trying not to cry”The lyrics were accompanied by Taylor Swift’s All Too Well. “f**k the patriarchy”.

Nikki, upon her return home, spoke of the terrible situation and tried to keep from crying.

As she spoke, she said to the camera: “I’m just so sad because I spent so much time trying to look pretty and he sent me home in an Uber. Who does that?

“He sent me home with a stranger on a Friday night.”

The clip has been viewed 5.4 million times and, in another video, Nikki revealed that it wasn’t the first comment that he’d made about her appearance.

Later in the video, Nikki explained that she’d left her laptop at his house. He begged her to stay with his family when she arrived.

The comments showed relief that she had escaped from the toxic situation.

One TikTok user wrote the following: “There’s going to be an apology and begging. Please don’t listen to him, it’s only going to get worse. You’re beautiful and deserve so much more!”

Another comment: “​​Remember: This is him in the beginning. This is him on his best behaviour. Run.”