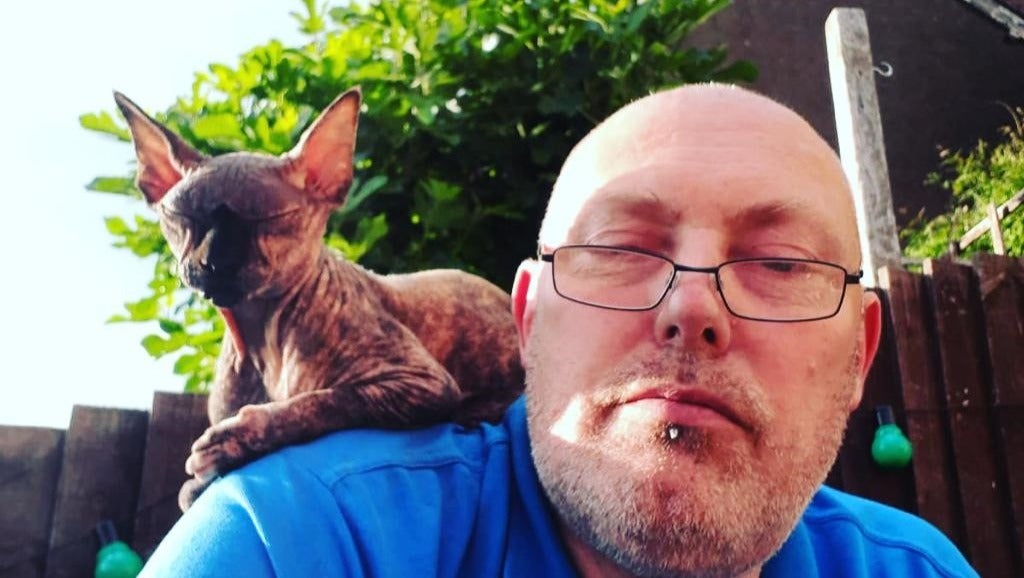 A vegan man has sadly passed away from Covid after refusing to take the vaccine over animal cruelty concerns. His wife has since urged “everyone she knows” to get the vaccine after experiencing the horrific ordeal.

For personal reasons, he opted to not get the vaccine after learning Pfizer-BioNTech, Moderna and Johnson & Johnson were tested on animals.

Glynn Steel, 54, started to feel unwell late last month. What started as a cold rapidly worsened in a matter of days which prompted his wife, Emma, to call an ambulance – but there was none available.

Emma recalled driving her husband to Worcestershire Royal Hospital when he was unconscious at the time of arrival. “I still don’t know how I got him in my car. He was so heavy that I couldn’t even push him in a wheelchair at the hospital,” she said.

“Eventually, a young lad appeared and offered to help. He was there because his mum was also unwell and couldn’t get an ambulance either, so he had to bring her to the hospital like I did.”

Within a week, Glynn was put on life support following a medically-induced coma. Within 20 minutes of the machine being turned off, he sadly died.

“I have never felt so ill, I wish I’d had the vaccine,” he told her before he died, she recalled.

“I insist to everyone I know to get the vaccine… it was heart-wrenching. He begged for the vaccine when he was in intensive care before he went on life support, but they said that it was too late,” Emma said.

“I’ve been crying myself into dehydration every night and letting the tears flow like a river in the morning and waking up in the night crying. It’s having to tell people that loved him that they will never see him again, and seeing that pain in them. I’m used to trying to make people laugh, not cry.

“He was a very gentle soul, he was a vegan and didn’t want the COVID vaccine because it was tested on animals.”

Glynn’s family have since set up a GoFundMe page to fundraise for his funeral. They are currently at the halfway point to achieving their £4,000 goal.

Previous articleBest and worst live TV musicals, from ‘Hairspray’ to Rent’ to ‘Grease’
Next articleThis is Us’ Mandy Moore Drops F-Bomb As Paparazzi Try To Follow Her And Her Son On Hike