Val Chmerkovskiy Skeptical About The Addition Of Olivia Jade To ‘DWTS’

DWTS viewers are salty over the addition of Olivia Jade to the Season 30 cast. Her partner, Val Chmerkovskiy, revealed on social media that he wasn’t sure about her joining the show at first, either. Keep reading to find out what he said about the starlet.

Dancing With The Stars has always had a healthy mix of celebrity contestants from different genres. However, in recent seasons, the ABC show has leaned into courting controversial contestants.

Last season, Tiger King‘s Carole Baskin was given a spot on the show. Season 28 saw former White House press secretary Sean Spicer take the dance floor. Despite his low scores and elementary dancing skills, Spicer made it all the way to sixth place.

Olivia Jade Giannulli is Season 30’s controversial contestant. Fans of a certain age may not recognize her name or face, but they’ve likely heard of her. She’s the daughter of Full House actress Lori Loughlin. In 2019, it was revealed that Loughlin, along with other wealthy parents, bribed college officials to get her daughters, Olivia and Isabella, admitted into USC.

Some people question how much the children knew about what their parents were doing. However, both Olivia and Isabella sat for photos on a rowing machine to bolster their applications.

Val Chmerkovskiy is a two-time Mirrorball Trophy winner. He won Season 20 with Rumer Willis and Season 23 with Laurie Hernandez. Viewers found out during the Season 30 premiere that the popular pro dancer would compete with Olivia Jade.

During the footage of their first meeting, he assured the star that he has her back. However, a recent comment he made on his Instagram implies otherwise, at least at first.

The DWTS pro recently posted a video on his Instagram of him and Olivia Jade practicing for dance number two. A follower left a comment that they thought she would be a “terrible” dancer, Val concurred. “Me, too,” he wrote, revealing his initial uncertainty about his dance partner. 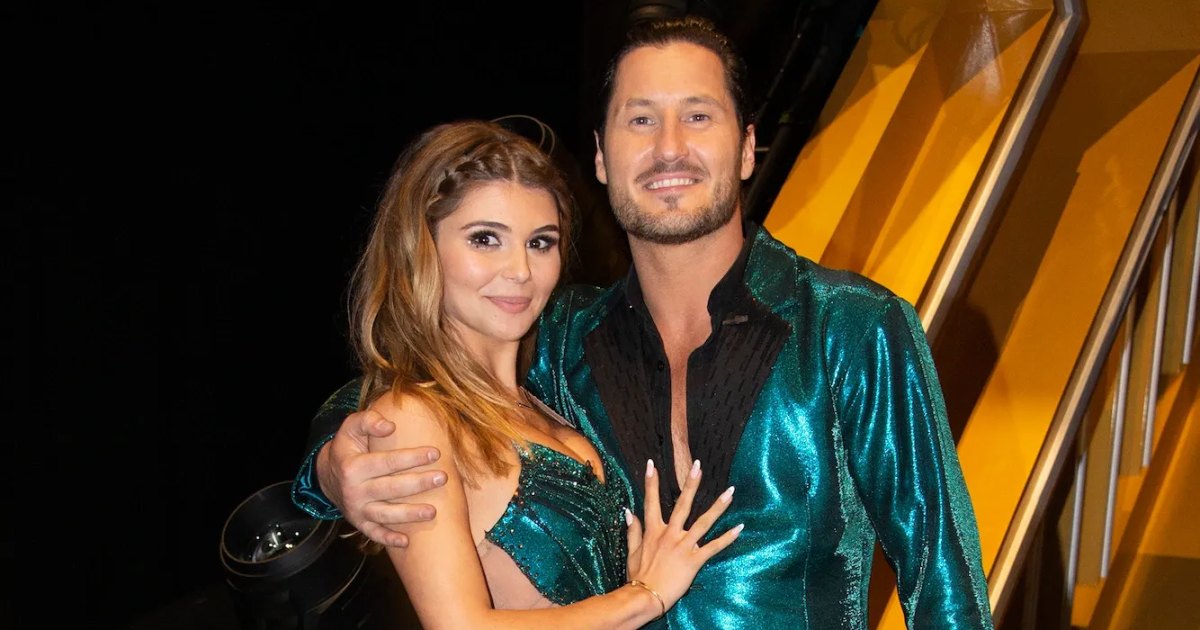 During her introduction to the DWTS premiere, Olivia Jade earned scorn from the internet for saying that she’s most known as a social media influencer.

Upon first meeting the scandalous star, Chmerkovskiy assured her he didn’t care about her past. He also told the cameras that DWTS is the “perfect opportunity” for Jade to redeem herself.

When Val and Olivia aren’t practicing their moves for the show, they film silly content for TikTok, which Val posted on his Instagram feed. One follower went off about Olivia Jade’s “privilege,” alleging that she was paired with one of the most popular pros for clout.

“This is what being privilege is all about.. to be pair with one of the most liked dancers in DWTS so they can make you relevant, I’m not over it she barely had any repercussion for her cheating but a mother of color got a 5-year prison sentence for wanting her child to go to a better school and change her zip code I’m not ok with that,” the follower said.

It’s going to take more than one Salsa dance to get some viewers on Olivia Jade’s side. Her DWTS debut earned her a score of 25 out of a possible 40, Us Weekly reports. The episode airing Monday, September 27, will see this season’s first elimination. Will Olivia Jade’s score be enough to save her? Tune in to find out.