The Earth could be heading towards “nuclear annihilation” with its threat leveling to the highest it’s been in forty years, a top UN chief has warned.

He is urging nations that are guilty of “stockpiling nearly 14,000 nuclear weapons” to sign the Comprehensive Nuclear Test Ban Treaty in the hopes it will deter a crisis.

The chilling warning comes after some of the world’s biggest countries have been testing and “showing off” powerful destructive weapons that could result in non-reversible conflict.

“Now is the time to lift the cloud of nuclear conflict for good, eliminate nuclear weapons from our world, and usher in a new era of trust and peace,” the general said in a tweet.

A new alliance with the UK, US, and Australia has further heightened fears of World War Three, Central Recorder reports.

The general has spoken previously about his concerns with North Korea, China, and the US not getting behind the Comprehensive Nuclear Test Ban Treaty.

A new alliance with the UK, US, and Australia has further heightened fears of World War Three. 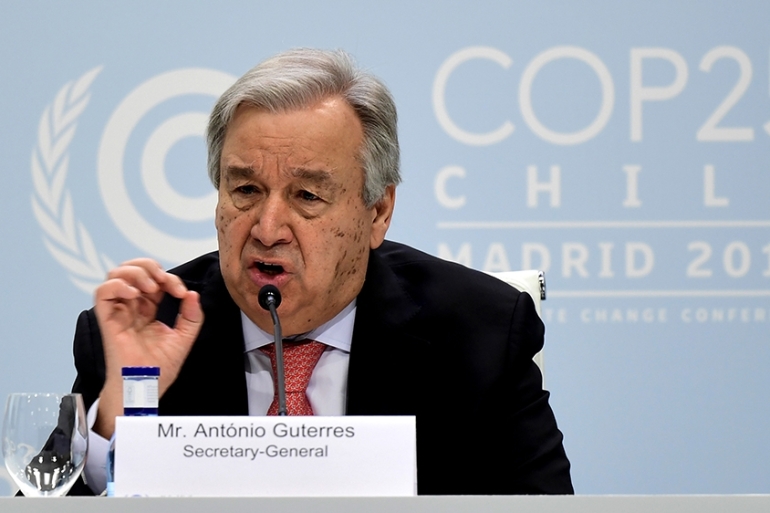 This peace pact was initially signed by 185 countries in 1996 but had not come into action over twenty years later.

Guterres added: “We have remained in this state of limbo for too long.”

Izumi Nakamitsu, UN Under-Secretary-General of Disarmament Affairs, has also shared his fears of nuclear weapons getting out of control.

Speaking to Sputnik News, he said: “At some point, if you are serious about eliminating nuclear weapons, then, of course, all the other nuclear weapon possessing countries will have to come to the table and think about how to go about it.”

An urgent global call for peace comes after a Chinese diplomat warned that the country should re-examine the promise to only use their nukes in retaliation – following new alliances forming.

Previous articleLily Rabe Is Pregnant, Expecting Baby No. 3 With Hamish Linklater
Next articleWhat Happened To Sean And Abby After 90 Day Fiance?