Strictly Come Dancing star Ugo Monye is more familiar with a rugby kit than sequins and sparkles, but he has given fans a sneak peek at the outfits the contestants will be wearing for the first live shows this weekend.

Ugo, 38 years old, has been posting lots of pictures and videos on Instagram to keep followers updated with his rehearsals. A video of him walking along the corridor at Elstree studios was posted to his stories. He was wearing a clear plastic mask.

He calls rival dancer, Bake Off’s John Whaite, a “sexy beast” as he follows him down the corridor. 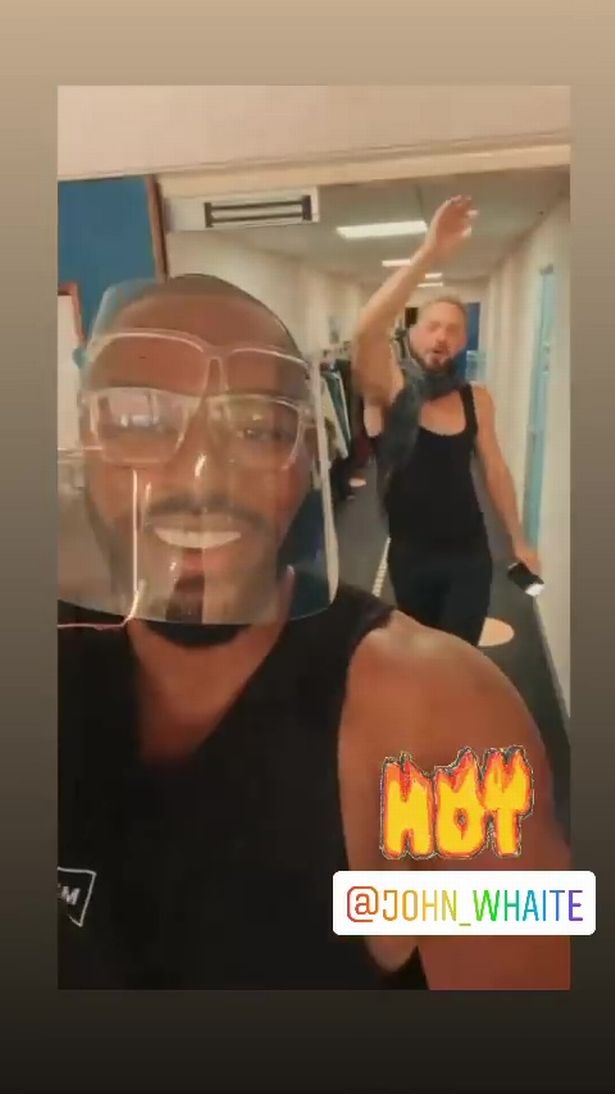 “Right, we’re back at Elstree! Look at this sexy beast here!” he says, as John jokingly wraps a jumper around his face like a mask.

“There he is! There he is. Today is our camera run, we go through all our dances. Look at all of the numbers of costumes we’re going to get through over the next few weeks” He said this, and the camera turns to rail upon rail with clothes.

“The sun is shining! We’re almost there. Tomorrow night, Strictly, BBC 1, let’s go!” he says as John cheers and skips behind him.

Ugo is now paired with Oti who was the winner of the competition with Bill Bailey last season, but he doesn’t seem to feel the pressure.

Ugo has posted videos of them bickering over Oti’s dislike for Jaffa Cakes. She got her own back mimicking Ugo’s whining when he says he’s had enough practicing.

He also showed fans some of his dance moves. But it was an unusual impression of the snail, so it may not make it into a routine. Some of the outfits will be on display for fans to see live on Saturday night.

Previous articleGolf WAG Paulina Gretzky suffered leg injury just days before start of Ryder Cup
Next articleThe Man With 24 Faces Billy Milligan What Happend And Where Is He?