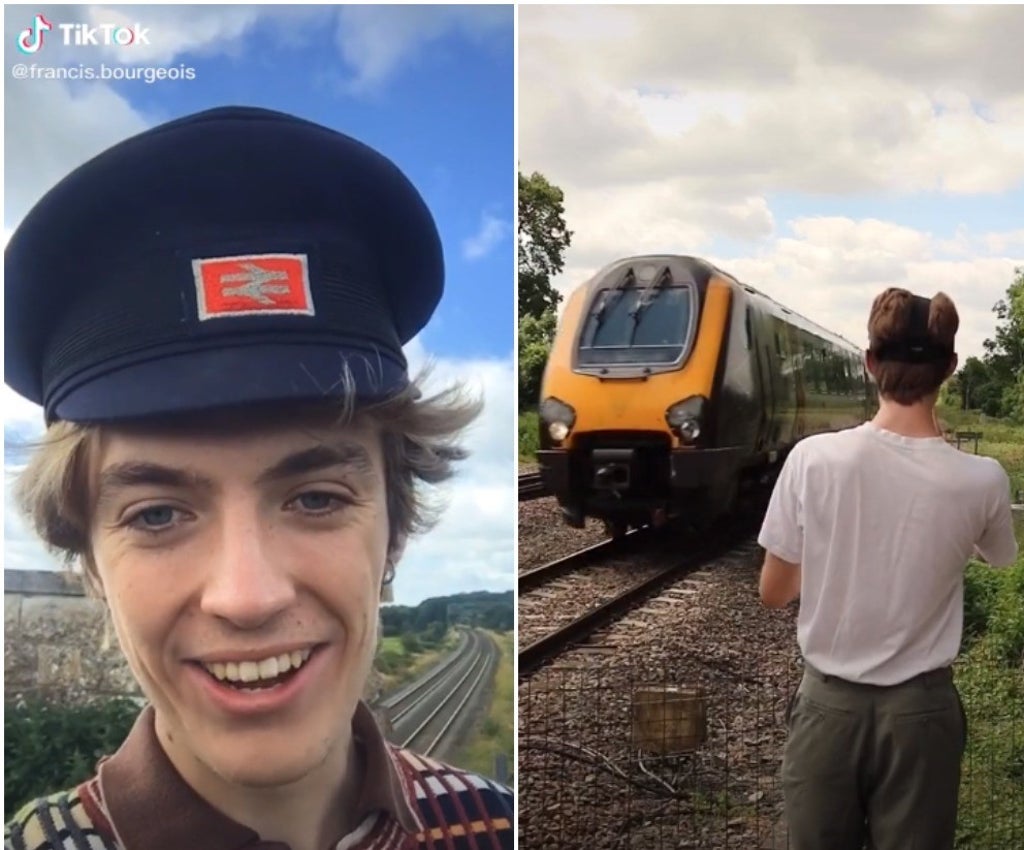 TikTok has created an online home for people to share their niche hobbies, and one student’s childhood passion for trains has now officially made trainspotting cool.

Francis Bourgeois (@francis.bourgeois) resumed his hobby during the lockdown and shared his outings with followers, as he travels to different destinations to greet trains.

On one occasion, his excitement led to a slight mishap in a clip which has garnered more than 6.8m views.

In the clip, as Bourgeois watches from his foldable chair, a class 377 locomotive passes him en route from Littlehampton to Southampton Central and he hilariously falls off his chair. Luckily, he manages to salvage his packet of Percy Pigs in the process.

Bourgeois told The Times he first became interested in trains when he was four years old, thanks to the trains that would pass by his home at the time near Willesden Junction in north west London.

“I was just fixated by these big machines,” he told the publication. “Ever since, I’ve had a passion for trains, cars, planes.”

It’s safe to say that viewers have fallen in love with TikToker, with some comparing his looks to “a young David Bowie.”

“I would die for this man,” another person said, and someone else added: “Is it only me who thinks this man is incredibly good looking.”

“We must protect this man at all costs!” A fourth person replied.

People also love his enthusiasm as Bourgeois offers a unique perspective with funny selfie angles, thanks to the wide-angle face camera accessory strapped to his head.

After gaining millions of views and more than 500,00 followers, the engineering student’s internet fame is getting him recognised in real life.

He recalls how, when walking past a pub in Nottingham, he “saw a group of lads all stood up and waving at me”.

“At that point I realised that people were recognising me in the street because they had seen my videos, which is pretty bonkers,” he said.

However, as with anything on the internet, not all the comments on Bourgeois have been positive, with some accusing him of faking his interest in trains and creating an entire character persona.

In a TikTok video, he addressed those rumours and put them to bed by showing old childhood photos of himself enjoying his model train sets. He also recalled sitting on the platform at Willesden Junction with his dad.

“I love to show how awesome trains can be as well as trying to make you smile, laugh and just try and bring joy,” he said in the video.

In response, his legion of fans have shared their support, with one writing: “King, you don’t have to explain yourself,” and another adding: “Love your videos! And your passion for trains!”

Previous articleAdele Marrying New Boyfriend After Only A Few Months Of Dating?
Next articleThe two boxes you MUST pack first when you’re moving home