Rapper Tory Lanez was handcuffed and taken into custody Tuesday after he was found in violation of a protective order in the felony assault case involving the alleged shooting of Megan Thee Stallion.

Lanez, 29, whose legal name is Daystar Peterson, was handcuffed in a Los Angeles courtroom after Superior Court Judge David Herriford “found sufficient evidence that he violated the order of protection,” Megan’s attorney Alex Spiro said in a statement to USA TODAY. The rapper posted bail and was released several hours later.

“The self-serving noise in this case will not change the facts or prevent this case from proceeding,” Spiro added.

The terms of the protection order prevent Lanez from contacting or harassing Megan, whose legal name is Megan Pete, as well as sharing pretrial information from the case.

While Lanez didn’t directly contact Megan, judge Herriford said some of his tweets appeared to be clear messages to her, and he ordered Lanez not to mention her in any social media posts.

Lanez’s lawyer, Shawn Holley, said in court that the rapper did not supply information to a Twitter user who posted in February that his DNA was not found on the weapon in the case.

In her argument, Holley said the tweet, now deleted, was not entirely accurate. She said that an investigation showed there were four DNA contributors on the handgun, making it inconclusive whether Lanez’s DNA was found. She added his DNA was definitely not found to be on the gun’s magazine.

Holley said in court that the district attorney originally “requested that (Lanez’s) bail be revoked” or “be increased to $5 million.”

A September trial date was selected, and the rapper was ordered to return to court for a June hearing.

The case stems from a criminal complaint, in which prosecutors allege Lanez fired at Megan after she got out of an SUV during an argument in the Hollywood Hills in July 2020 and “inflicted great bodily injury” on her. If convicted, Lanez faces a maximum sentence of roughly 23 years.

Following months of speculation and publicity surrounding the incident, Lanez was charged in October 2020. At first, Los Angeles police reported the incident only as shots fired, a woman with foot injuries, and a man arrested on a weapons allegation.

But Megan revealed a few days later that her foot injuries came from gunshots, and more than a month after the incident, she said in an Instagram video that it was Lanez who fired them. She slowly revealed more via social media in subsequent weeks.

“The way people have publicly questioned and debated whether I played a role in my own violent assault proves that my fears about discussing what happened were, unfortunately, warranted,” she wrote in an op-ed for The New York Times.

The day after he was charged Lanez tweeted “the truth will come to the light” and “a charge is not a conviction.” 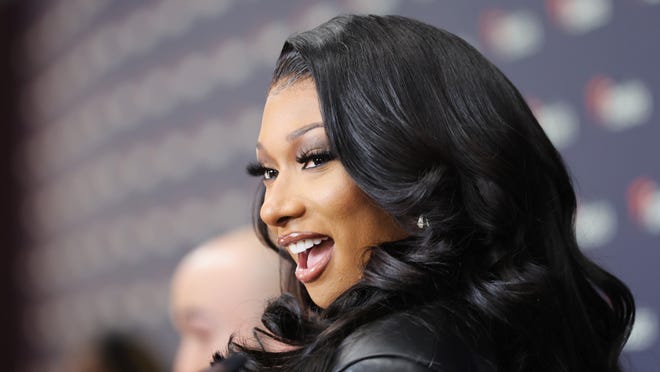 Previous articleSean Penn Appears On MSNBC And Fox News To Talk About Support For Ukraine
Next articleGrammy Awards 2022: Trevor Noah Opens With Will Smith Joke, Olivia Rodrigo Drops Her Award