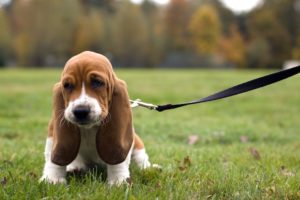 Ministers are today accused of “twiddling thumbs” over tougher sentences for puppy smugglers – allowing the cruel trade to “flourish”.

The Commons Environment, Food and Rural Affairs Select Committee has released a new report, Moving Animals Across Borders, which calls for the Government to impose harsher prison sentences on pet smugglers and fully use existing powers.

Committee chairman Neil Parish, a senior Conservative backbencher, said: “While the Government twiddles its thumbs, bad actors are seizing the opportunity to bring animals – including kittens and puppies – over the borders, risking their welfare and the spread of diseases, with little fear of detection or punishment.”

The 48-page report says: “The Animal Welfare (Kept Animals) Bill will reduce the number of pets that an individual can bring into Great Britain from five to three.

“This is a positive step, which should help to reduce pet smuggling. There is evidence that current rules are not being followed at the border, making it easier for illegally imported pets to enter the country.

“Prosecution rates and the sentences for pet smuggling are low and do not act as an effective deterrent.

“Furthermore, Defra should include a ban on animals younger than six months, heavily pregnant animals, and animals which have been subject to poor welfare practices on the face of the Bill, rather than in secondary legislation.

“The Bill should also include a clear definition of ‘heavily pregnant.”

Last month, the Government announced plans for raising the minimum age to import puppies from 15 weeks to 6 months. They also plan to ban the import of dogs with cropped ears or docked tails.

It would also be prohibited to import pregnant dogs into the UK.

Defra warns that cases of poor care and smuggling are increasing.

Today’s study comes nearly 18 months after Lucy’s Law came into force in a triumph for the Mirror’s campaign to end the horrors of cruel puppy farms.

Third-party sellers, including pet shops and online traders, are prohibited from selling puppies. This legislation was passed to prevent unscrupulous breeders from gaining access to the market.

Anybody wishing to buy a puppy/kitten in England must either purchase directly from a breeder or adopt from a rescue centre.

The campaign was founded by vet Marc Abraham – a past winner of a Mirror Animal Hero Award – and named after a Cavalier King Charles spaniel who was rescued after years of abuse on a puppy farm.

Marc said at the time: “This is a huge milestone, the first major step in ending puppy farming and puppy smuggling.

“It will also tackle the legally licensed trade which has enabled puppies and kittens to be sold after being bred in the most horrendous conditions.”

A Defra spokeswoman said: “The Government takes the issue of puppy smuggling, and other illegal importations and low welfare movements of pets, very seriously.

“It is an abhorrent trade which causes suffering to animals and puts the health of pets and people in the UK at risk.

“Our recently introduced Animal Welfare (Kept Animals) Bill commits to tackling unscrupulous traders by reducing the number of dogs that can be moved under the pet travel rules – and we have now launched a consultation on further proposals to crack down on this illegal trade.”