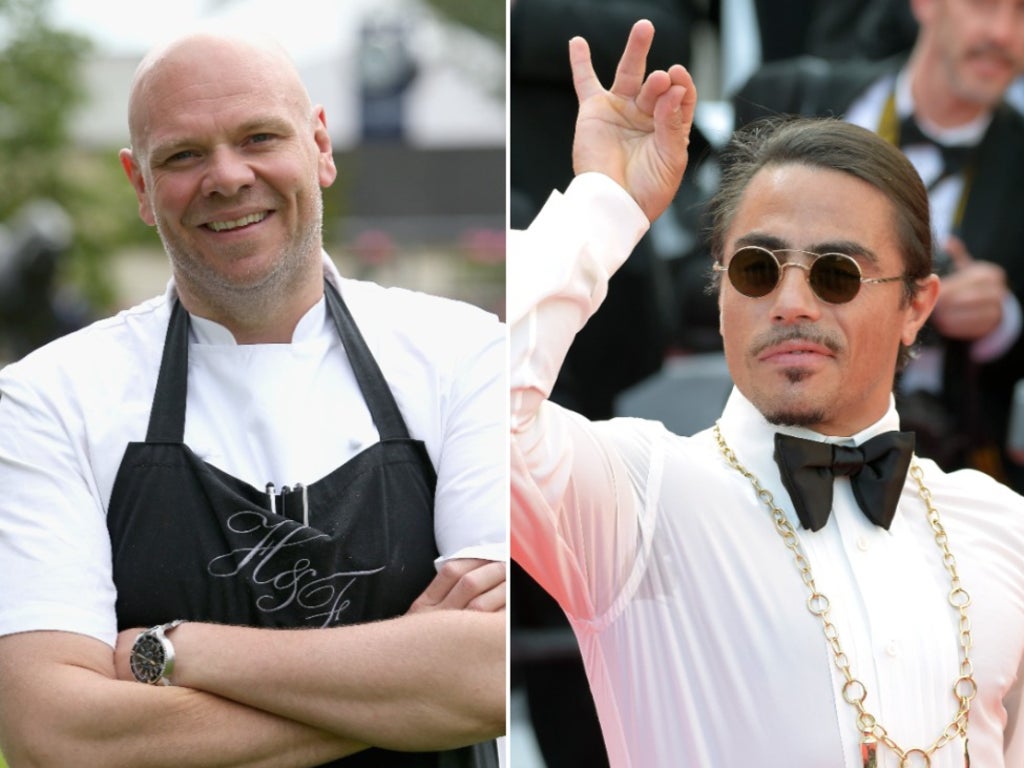 Restaurateur Salt Bae, whose real name is Nusret Gökçe recently made headlines over his pricey menu in his brand new restaurant Nusr-Et in Knightsbridge, London.

A customer who dined at the restaurant shared his eye-watering bill which included a giant tomahawk steak worth an extortionate £630.

Since then, the costly bill has circulated online with people criticising the restaurant’s hefty prices.

Tom Kerridge, a fellow chef, has taken a look at the outrageous prices being charged in his restaurant.

In a post to his 297,000 followers, the Michelin-starred chef tweeted a new sign outside one of his restaurants which made his feeling on the situation abundantly clear, it read: “Tom-ahawk Steak. Not £630.’

Since Kerridge himself was slammed charging £87 for a sirloin steak at his pub, The Hand and Flowers, he is perhaps slightly relieved that Salt Bae is now receiving some heat over his expensive prices.

While we can agree that when comparing the two prices, Kerridge’s price is a lot lower – many noted charging £87 for a meal which you can get vastly cheaper elsewhere doesn’t mean that Kerridge is in the clear either.

It seems Kerridge’s Salt Bae marketing technique backfired as many responded to him by pointing out that the prices in his establishments are also expensive.

The 48-year old did not hesitate to defend himself and responded to some of his critics.

Later on in the debate, he added: “I don’t need to justify it… you need to educate yourself in the realities of running a top end hospitality business in the current climate that uses the best world class produce. Or not, and just keep shouting about something you chose to not understand…. “

Despite the dig at Salt Bae’s prices, there doesn’t seem to be any bad blood from Kerridge who later described him as “fantastic.”

It’s not the first time that Kerridge has received backlash over his restaurant prices.

In response, Kerridge defended himself by tweeting: “Those prices include everything , VAT and service. No additional service charge at all. Also I pay staff properly and treat their job as a professional career. Perhaps the real cost of dining should be addressed.”

Previous articleHow to tell if your hotel room has been cleaned properly
Next articleIn Netflix’s Squid Game, why are they harvesting organs?