Toddler Reveals About Her Spiritual Encounter When She Was Battling Death Following A Surgery!!

By Alex Johnson
September 17, 2021
In
NewsViral

A little girl claimed she communicated with Jesus while she was battling for life when she began hemorrhaging for ten days. 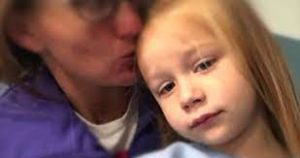 When Brittani Tomic was labeled pregnant by the doctor, though a tide of happiness hit her, the medical staff warned her to be extremely careful as she had past miscarriages. However, later when the mother was diagnosed, ultrasound tests revealed her child had a choroid plexus cyst in the brain. But they ruled out the syndrome, treating it as a fluke.

Things were initially fine. However, when Zola, her child, gradually grew up, she noticed some uncommon changes. Her six-month-old child was not progressing like the other kids, and till she was two, Zola started having seizures.

After going through a lot of medical treatments and tests, Zola was moved to an ENT specialist for sleep apnea. Initially, the ENT professional detected Zola’s tonsils were growing large and could cause breathing issues. So, he suggested her parents a tonsil removal surgery. Tomic quoted, “We were pretty confident. We felt like this was going to be the climax of all her medical problems and seizures. This is going to be life-changing surgery for Zola.” 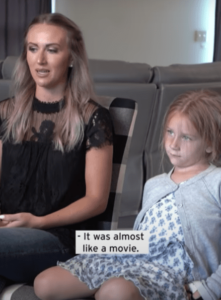 However, things turned worse after the surgery. She experienced a storm of side effects, and one week down the line, Zola went to her mother with a mouth filled with blood. Her condition was deteriorating, and she had been hemorrhaging. So, the child needed a quick blood transfusion.

Tomic revealed, “They were not so sure about what was happening. They were just like, Simply you know, the blood is already in the waiting room for Zola, ready, and we were going to do everything we can to save her.”

After some complicated medical operations, Zola fortunately survived and went back home. However, this was not the end of her medical struggles. Zola was diagnosed with Ehlers-Danlos syndrome at the age of three.

While Zola’s family was tensed about her medical condition as the syndrome gradually affected her connective tissues, few words from the child shocked her mother. Tomic shared, “I was making myself ready for everything, and it was not even like we were talking about God beforehand…she just asked, When can I see God again?”

The words shocked Tomic, and she threw a question instantly. She asked, “When did you see God?”. Zola’s reply stunned the mother. The little child said, “the night I died.” According to Zola, Jesus is always with her. He hugs her and talks to her.

This incident shocked the netizens too, and they showered their prayers for the child’s speedy recovery.