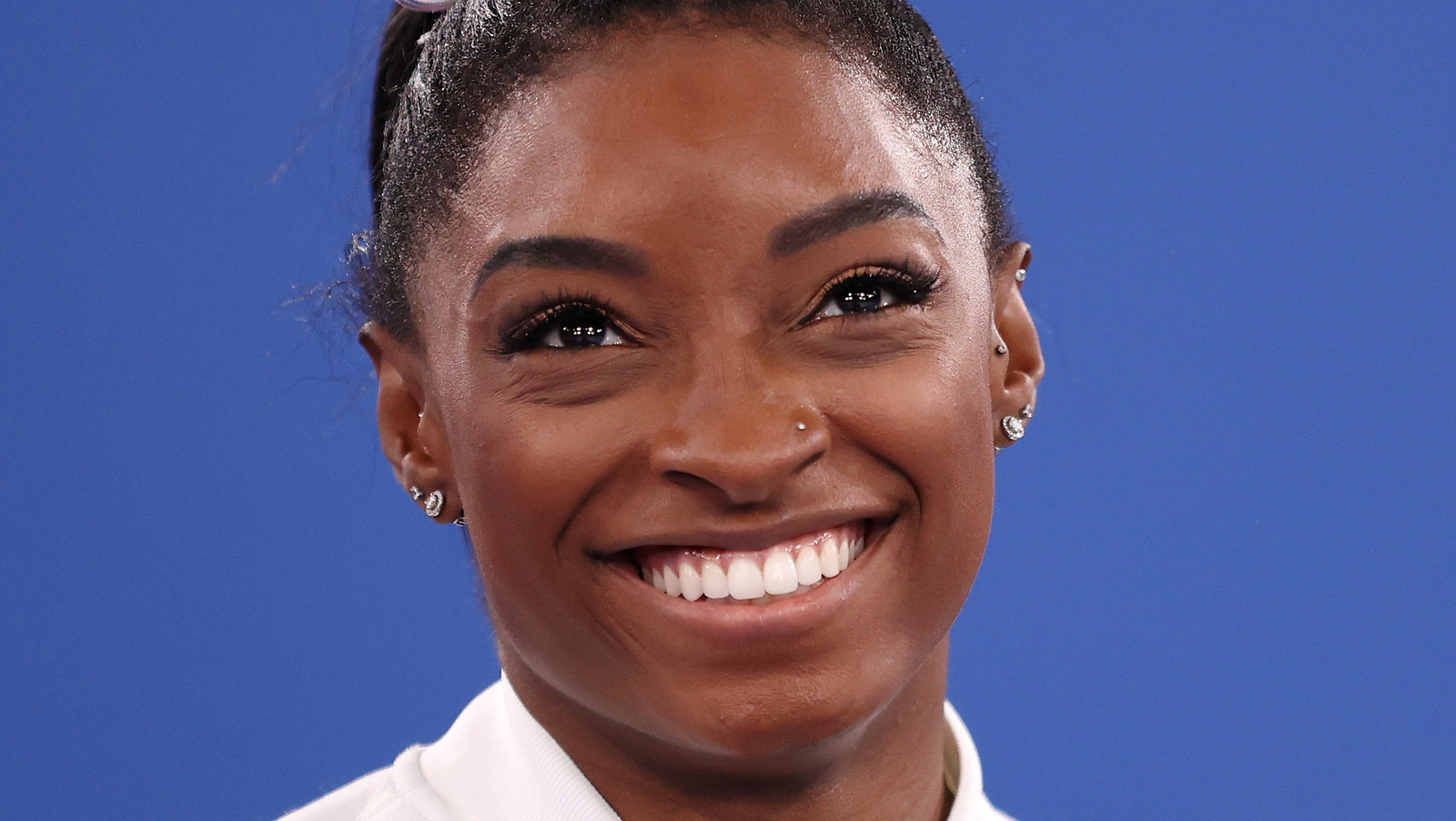 Simone Biles competed on Season 24 of ABC’s hit reality competition “Dancing with the Stars” in 2017, ultimately finishing in fourth place with her partner, dancing pro Sasha Farber. On week eight of the show, Biles performed a trio with Farber and Brittany Cherry that racked up 9s across the board. She also grand battement’d a loaded remark right off the stage.

After she received her judges’ critiques, then-host Tom Bergeron said to Biles, “I was waiting for you to smile at some of the compliments…you didn’t.” The Olympian shrugged and replied, “Smiling doesn’t win you gold medals” (via Inside Edition). Bergeron took the epic clap-back in stride and there seems to be no love lost between the two. “​​One of the fastest comebacks in ‘Footwork With the Famous’ history was not, alas, mine,” Bergeron wrote in a 2021 Instagram post wishing Biles luck as she headed to her second Olympics in Tokyo. “That honor belongs to Olympic G.O.A.T @simonebiles, after I clumsily commented on her steely reaction to a favorable critique.”

The TV host acknowledged his misstep, writing, “(what woman doesn’t love a guy playing smile cop).” Days later, when it was announced that Biles would withdraw from some of her events due to medical issues, Bergeron honored the gymnast again on Instagram, calling her an “inspiration.” “It takes courage to compete. It takes even more courage to stand your ground,” he wrote.