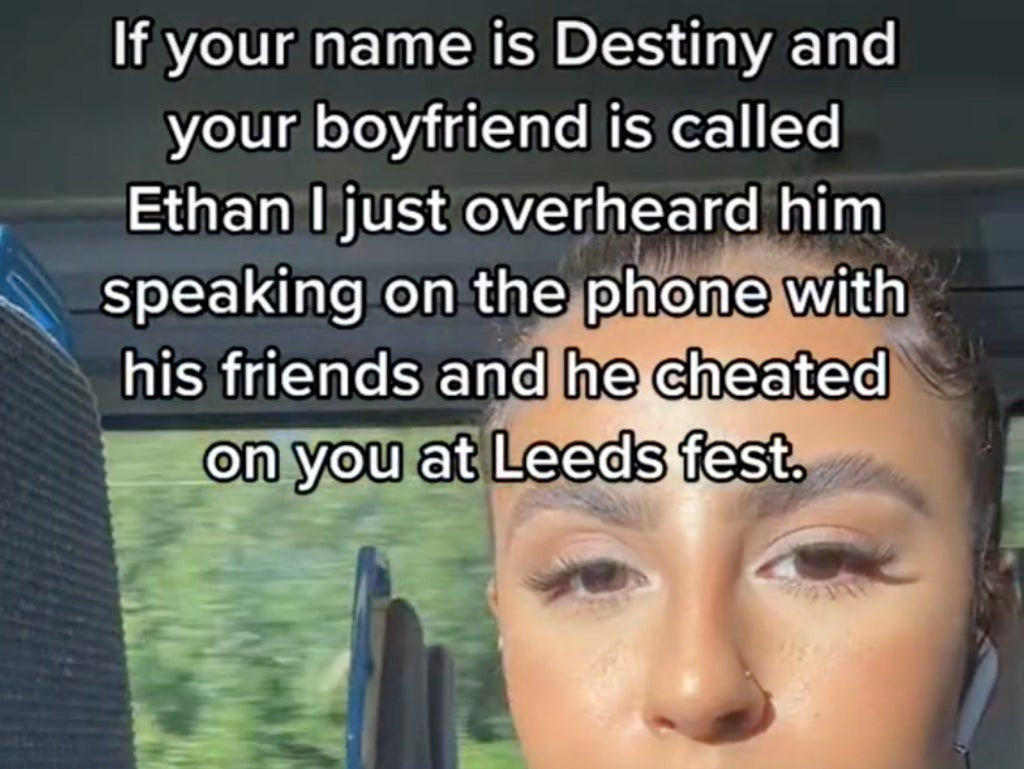 At times, the power of TikTok can be truly remarkable. One woman took her 275K followers on a mission to find a woman who had cheated on her boyfriend.

In the viral clip that has racked a staggering 4.5 million views, the TikToker (@itsnisrin) urged the unsuspecting woman to direct message her. It featured Nis on the train and a hand animation that pointed to the place where the alleged cheater was.

She explained that she had overheard a conversation between Destiny’s boyfriend and his friends on the train journey.

“If your name is Destiny and your boyfriend is called Ethan,” she wrote, “I just overheard him speaking on the phone with his friends and he cheated on you at Leeds Fest.”

Thousands of fellow TikTok users flocked to the video. One expressed their admiration for Nis’ girl code: “Yes, this is the energy we need, girls backing up girls. I hope Destiny sees it.”

Many more were desperate for the woman to come forward, “Can the real Destiny please stand up”, one read – and in a surprising turn of events, she did.

In a follow-up video, Nis shared a screenshot of the conversation between her and Destinee, which read:

“Hey girl, I think I’m the Destinee you done a TikTok about. So sorry, but all my girlfriends keep tagging me in your TikTok?

“My boyfriend is called Ethan and he went Leeds Fest and has the exact same watch you posted.

“Is this the Ethan you were talking about? Please let me know!”

Nis appeared to have received an image of the man in question (who she hid for privacy reasons) but did confirm: “We have actually found Destinee” and “I can confirm that was the guy on the train.”

“I’m going to ask her for her permission to share the chat before I message her.”

“I’ve spoken to her on the phone and her boyfriend has reached out to me”, she added before promising a follow up shortly.

Previous articleGeneral Hospital Season 59 Mobster Sonny Hits Port Charles With A Vengeance GH Spoilers!
Next articleWhy and What is a TikTok Magnet Trend and How Dangerous is it?