Klete Keller, a three-time Olympic swimmer, has pleaded guilty in the US Capitol Riots case. In this article, we take a look at Klete’s ex-wife Cari Carr Sherrill.

Klete pleaded guilty on Wednesday to a felony for his involvement in the January 6th Capitol Insurrection. Klete was part of the crowd that stormed into government buildings to block the certification of the Electoral College votes.

Who is Klete Keller’s ex-wife?

Despite his successful swimming career, Klete’s personal life has been laden with struggles.

In 2008, he got engaged to Cari Carr, who now goes by the name Cari Carr Sherrill. While it’s not known when the pair married, they had three children together.

Their divorce saw a contentious custody battle between the two, which Cari seemingly won. Klete also lost visitation rights, meaning he was unable to see his children in four years.

Cari, who is in the real estate business, is serving as the Executive Director at Sherrill Residence, as per her Facebook. Her profile states that she also works at The Sarver Group.

The Michigan native has remarried since her contentious divorce from Klete. She frequently posts photos of her and Chris Sherrill on social media. She is also a mother to four children.

More than 600 people have been arrested in relation to the Capitol Riots. Klete, 39 years old, was a well-known figure in the incident, standing tall inside the Capitol building, his 6-foot-6 frame.

The former Olympian was also wearing an Olympic team jacket with “USA” written across the back.

The swimmer has been indicted on seven charges, but struck a bargain with prosecutors and pleaded guilty in United States District Court in Washington to only one felony count. While other charges were dropped, he pleaded guilty to obstruction of an official proceeding before Congress. 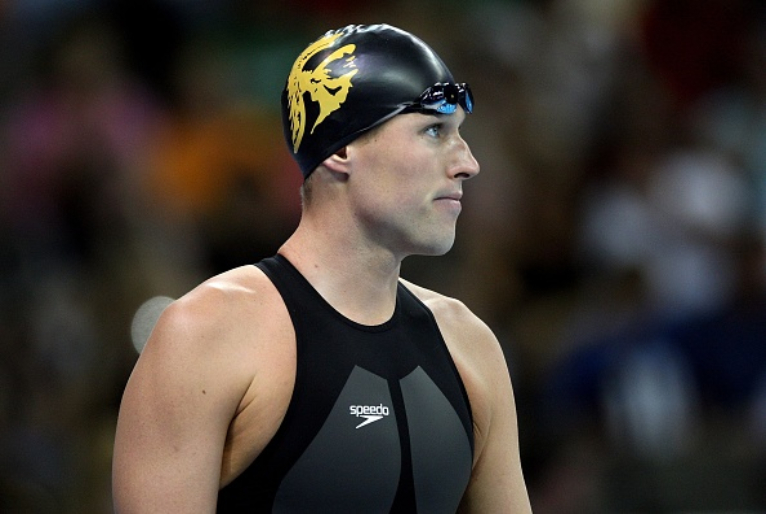 Klete has promised to keep his end of the bargain and help law enforcement with further investigation into the January attack.

At the time of the insurrection, talking about his role in the incident, his ex-wife Cari said he “had many personal issues [that] he’s chosen not to address. That in itself has always been concerning and continues to be.”

In 2018, Klete opened up about going through a difficult divorce and becoming unemployed. The former swimmer revealed that he had become homeless following the divorce and had to live out of his car for roughly ten months, during which he showered at a gym, where he still had a membership.

The 39-year-old also revealed that he could not see his children for four years as he wasn’t granted visitation rights. Back in 2014, he also stated that three of his Olympic medals had gone missing.

In the same 2014 interview, Klete stated that he lacked the foresight to plan for his post-swimming career before retirement which left him somewhat “bitter” both towards himself and the sport.

Previous articleLionel Messi Man City stunner REACTION, Rudiger future LATEST, Chelsea and Liverpool in for Saint-Maximin
Next articlePassenger Points Out An Interesting Fact He Found Onboard A Ryanair Flight