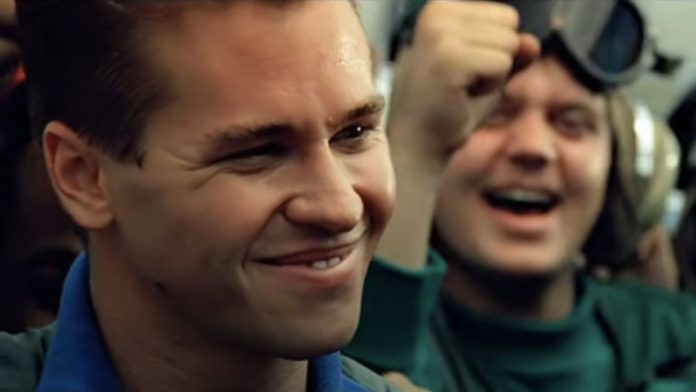 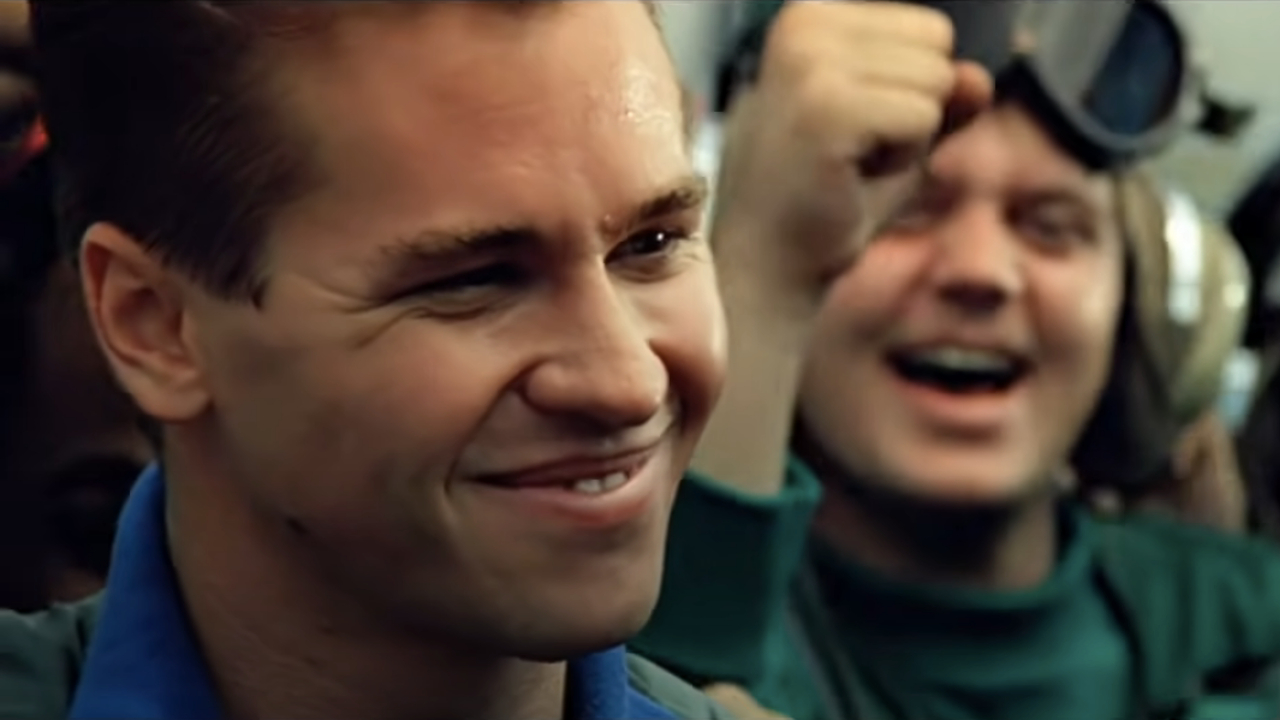 You may remember the character of United States Naval Aviator “Iceman” from Top Gun who was a rival to Tom Cruise’s “Maverick.” While its sequel Top Gun: Maverick has the return of Tom Cruise, a Top Gun movie would be nothing without “Iceman.” After begging for a role in Top Gun: Maverick, Val Kilmer’s wish came true. To show us how proud he is about his return in the memorable role, Val Kilmer shared an OG throwback of himself from the previous film. His daughter also talked about how she felt seeing her father film the sequel.

It’s hard to imagine Top Gun without Val Kilmer. Can you believe that he originally hated the idea of the original movie? Luckily, Kilmer had no regrets as he found the whole experience of making Top Gun “enjoyable.” To further prove how proud he was of his experience with Top Gun, he share on Twitter a throwback photo of himself and the rest of the cast from the original Top Gun movie. The Batman Forever star also mentioned in his caption that actual Navy Air Force Top Gun Advisors are also featured in the photo! Talk about an honor.

Val Kilmer coming back in a brief appearance as “Iceman” in Top Gun: Maverick has not only been a joy for director Joe Kosinski, but for the actor’s kids as well. While Val Kilmer’s son, Jack, was starstruck by Tom Cruise when he visited the Top Gun: Maverick set, his daughter, Mercedes, was more starstruck by her own father. According to The Hollywood Reporter, Mercedes told The New York Post about the experience she had watching her dad on set reprising his iconic role.

It’s amazing to know that Val Kilmer will be making a return considering the health challenges he’s had to go through. Mercedes spoke to THR last year about her father losing the ability to speak because of the radiation and chemotherapy treatments he had to go through for throat cancer. Thankfully, Val Kilmer got his voice back, in a sense, by having his voice reconstructed through AI technology using archival footage. It sounds so much like his signature deep voice that you would never know it’s through the workings of a machine! Val Kilmer is now cancer-free with his loving family always by his side.

Turns out that we actually have Tom Cruise to thank for rallying to get Val Kilmer back for the sequel. Just like he rallied hard for Kilmer to be in the previous Top Gun film, according to producer Jerry Bruckheimer, Cruise said for Top Gun: Maverick, “I’m not making this movie unless Val’s in it.” Bringing legacy characters back is a great way not only to draw fans of the original but for a new generation of fans to learn about the infamous pilot rivalry and see the chemistry between the two leads years later. I wouldn’t be surprised if by the end of filming Top Gun: Maverick, Cruise said back to Kilmer, “You can be my wingman anytime.”

Be sure to check out Val Kilmer and Tom Cruise in the new movie release Top Gun: Maverick in theaters on May 27th.