This is the only question I ask my family each day 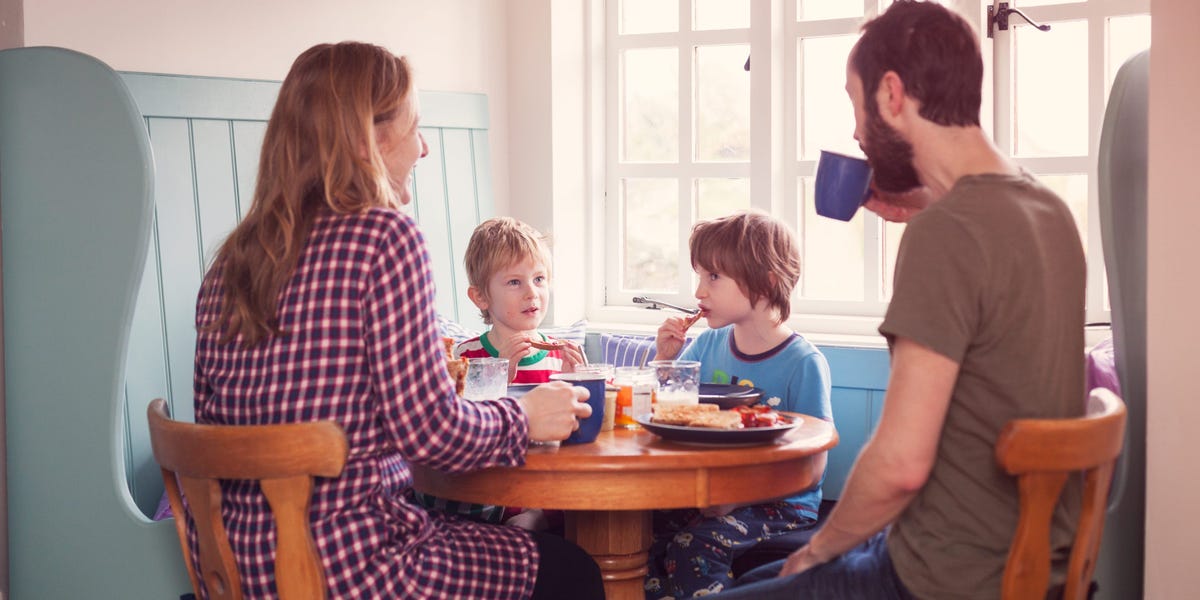 I’m willing to listen to my two kids vent about their day — to hear them whine, complain, and talk through their struggles. After a while I realized they were expressing their feelings. Spiral into a negative spiralIt started when I picked them from school and continued until bedtime.

To break that cycle, I asked one simple question each night at dinner to try and get them out of it. My husband and I were the only ones who could not leave the table without answering it.

“Can you tell me one good thing about your day?”

Sometimes, the answer was “no”. Also, I’d listen to the irritatingThey are often stressed, anxious, and sometimes truly terrible.

Even on the most difficult days, I believe there are always positive things that happen. They would find something, even if it took them a while.

I tried to get them focused on the positive things.

I saw that focusing on something good — even just one small thing — helped change their tone and shift their mindset.

This difference grew as I asked the same question night after night for weeks. My children started looking for answers. “good things”They did it throughout the day so they could have something to share at dinner. Surprisingly my husband did it too.

When one of my boys said, “I knew we had hit a sweet spot!” “I had three good things today!”Sometimes those meals would be breakfast and lunch. It went further, too.

I was able to learn things about my kids that I didn’t know.

It was a delight to hear about the classmate who helped my son with a math problem and the big win in gym class. I also learned how my child loved his first Hostess cupcake that a friend brought in for their special day.

If I hadn’t asked that nightly question, I don’t think I would’ve known any of it.

Every now an then, I’d get an “Ah!” answer. “My only good thing was when the bell rang at the end of the day.”Sometimes, I would make them try again. Sometimes, I would let it go, especially when things were getting tough.

As we neared Thanksgiving, I asked them to add something they were grateful for. I was a bit surprised by the response. The results were again pleasantly surprising to me.

Even the most dedicated gamer — my youngest boy, who’s 13 — didn’t say he was thankful for his Xbox or an upcoming game release. No one listed their tablet or computer. WiFi was once used.

My youngest son is more philosophical than I thought. He’s grateful for electricity and oxygen. (Or maybe he was learning about them in science).

Most of our highlights were everyday pleasures. Spend time with friends. Tacos. A clean garage. Fuzzy blankets. A new book. The rock-climbing gym. Rice for dinner. A snuggly puppy.

It was great fun to ask that question every night. We were able to be thankful and learn a lot about each other.

That sense of connectedness is a top quality for me.