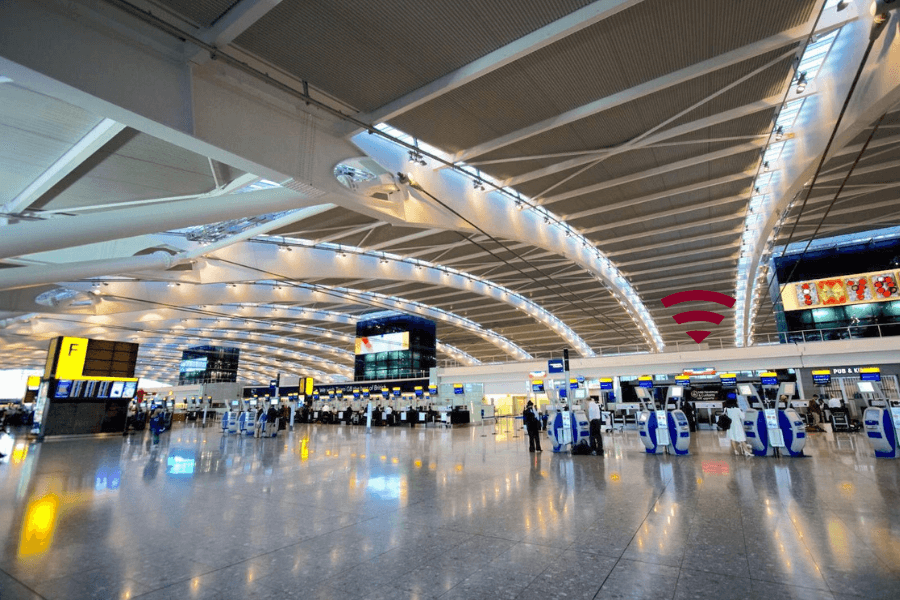 BEFORE you check your luggage, you should check which airline you are flying with – as some are more likely to lose your bags.

New research shows that certain airports are more likely to misplace your luggage than others.

Luggage storage company Bounce analyzed lost luggage on flights to and from the UK between 2016 and 2020 using the Civil Aviation Authority (CAA) data.

While the data only shows lost luggage that wasn’t resolved by airlines, the worst airline was Royal Air Maroc, which often flies between the UK and Morocco.

Iberia had 6.69 percent. The airline was next with 9.7 percent of lost luggage cases.

It’s best to avoid checking in a bag at Heathrow Airport, which came out as the worst UK airport for losing bags.

Although it is one of the busiest airports worldwide, the large London airport saw 42.75 percent of lost luggage.

Gatwick followed this at 19.31 percent and Manchester t 11.49 percent – Birmingham was next with 8.51 percent, followed by London Stansted at 6.9 percent.

How to avoid the long Heathrow Airport queues, according to travel experts

Some airlines don’t have rows 13 & 17 on planes as it can upset passengers.

Bounce founder Cody commented on the research: “Travelling can be a frustrating experience at the best of times, but perhaps one of the most irritating things that can happen when traveling is losing your luggage.

“This usually happens when catching a flight as travelers must entrust the airline with their baggage, and in some unfortunate cases, suitcases do go missing.

“From our research, we found that the CAA dealt with 598 cases of lost luggage between 2016 and 2020 in the UK. These cases were ones which the airlines failed to resolve, ultimately leaving their customers completely without their luggage.”

He also shared his top tips for what to do if your suitcase is lost.

He said the first thing to do is contact the airline, not the airport: “There should usually be a representative from the airline at the airport, but if not, be sure to call them.”

He also said that you might be able to get a refund of your baggage fees if they have lost it, as well as any expenses you have incurred, such as toiletries and clothing, so keeping the receipts is advised.

Some insurance policies also offer compensation for lost bags, so it is worth checking that as well – if not, then some home insurance or credit card providers have protection built-in too.

You can also find out what to do if your bag is lost on holiday.

The 5 worst airlines for lost luggage on UK flights