‘The Problem with Jon Stewart’ review: A strong, familiar return

Jon Stewart is back. And he has a “Problem” for you.

The Emmy-winning host of Comedy Central’s “The Daily Show” left his regular television gig in 2015, and has been cropping up in the public eye occasionally since then. But now he’s back, at least on a biweekly basis, on Apple TV+ with “The Problem with Jon Stewart” (streaming every other Thursday, ★★★ out of four), a series that devotes entire episodes to a single issue, or, as the title suggests, “Problem.”

The new series will instantly remind viewers of Stewart’s former correspondent John Oliver’s “Last Week Tonight” on HBO, with a smattering of Larry Wilmore’s canceled-too-soon “The Nightly Show” on Comedy Central. Former HBO chief Richard Plepler was an executive producer.  The episodes begin with candid, behind the scenes shots of Stewart with his team in the writers’ room, where they discuss what the episode should concentrate on, and sometimes cracking jokes. After the credits roll, which offer some cheeky alternative titles for the series, we see Stewart sitting at his desk, or rather an artistically constructed wooden table, with pen and paper, ready to address the live studio audience.

Just because “Problem” resembles much of what other comedians including Oliver, Seth Meyers and Samantha Bee are doing in the late-night talk show space doesn’t mean that it has nothing to add to the conversation. Stewart, 58 years old, is a charming and convincing man. He stands out as an advocate for the people whose stories he elevates on his platform, much like he has spent many years fighting on behalf of 9/11 first responders who have struggled to get medical care. Part news show, part comedy, part soap box, “Problem” is familiar but distinct, and a natural outlet for this version of Stewart.

Each episode has a single issue that is quite broad. The first investigates and highlights the health problems that affect veterans of the Iraq and Afghanistan wars who were exposed to “burn pits,” the term for landfills in which the military’s waste was burned near bases overseas. Stewart interviews veterans who have been seriously affected by the pits. The Veterans Affairs department won’t allow Stewart to link the many cancers and diseases that many veterans have contracted with the pits. However, Stewart highlights the scientific evidence and interview people who have.

The biggest difference between “Problem” and “Daily Show” is that Stewart invites a panel of people who are directly affected by the issue he is highlighting. This premiere features veterans, their spouses, and one widow from the military who advocate for those suffering from these terrible cancers. He also ventures into the field to interview Secretary of Veterans Affairs Denis McDonough, which is something that one of his correspondents would have done back in Comedy Central. He travels to Washington, D.C., to interview Secretary of Veterans Affairs Denis McDonough, pressing him on why the department hasn’t established a link between burn pits and disease that would allow these veterans to receive medical care through the VA.

As you can see, it’s too much for one episode. Viewers used to the snappy 22- or 30-minute pace of so many of these “comedy hybrid” shows, as Stewart calls them, might find the heavy issues, ingrained with tragedy, overwhelming. And after watching two episodes, it seems some interstitial comedy bits could be edited out, and the panelist interviews could be tightened to make sure Stewart’s message doesn’t get lost.

Stewart has tried to manage expectations regarding the comedy of the series, but it is not very funny. Stewart, when addressing the audience directly, has more humor to offer than what his pre-show press might suggest. Jon Stewart is still Jon Stewart. Stewart knows how to tell a joke in a monologue and not offend his subjects. When he shifts to his role as interviewer, the jokes are fewer, and by the second episode, about democracy in danger in the U.S. and around the globe, he is more adept at keeping the panels serious while evoking some chortles.

Inevitably “Problem” will elicit some disappointed reactions from fans who are expecting Stewart to do exactly what he used to do on “Daily.” But that’s a risk anytime someone like Stewart, who is so intrinsically linked with one persona or TV series, tries something new.

There are a lot of problems for Stewart to address in his new series, but his comeback is not one of them. 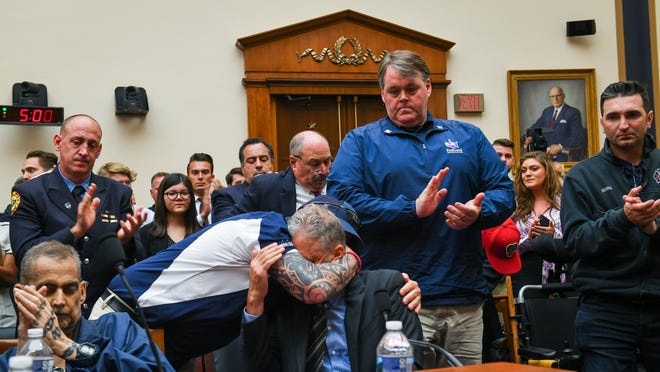