The Incredible Amount Of Money Chrisley Knows Best Stars Allegedly Needed In Order To ‘Break Even’ Every Month, According To Former Partner Who Committed Bank Fraud 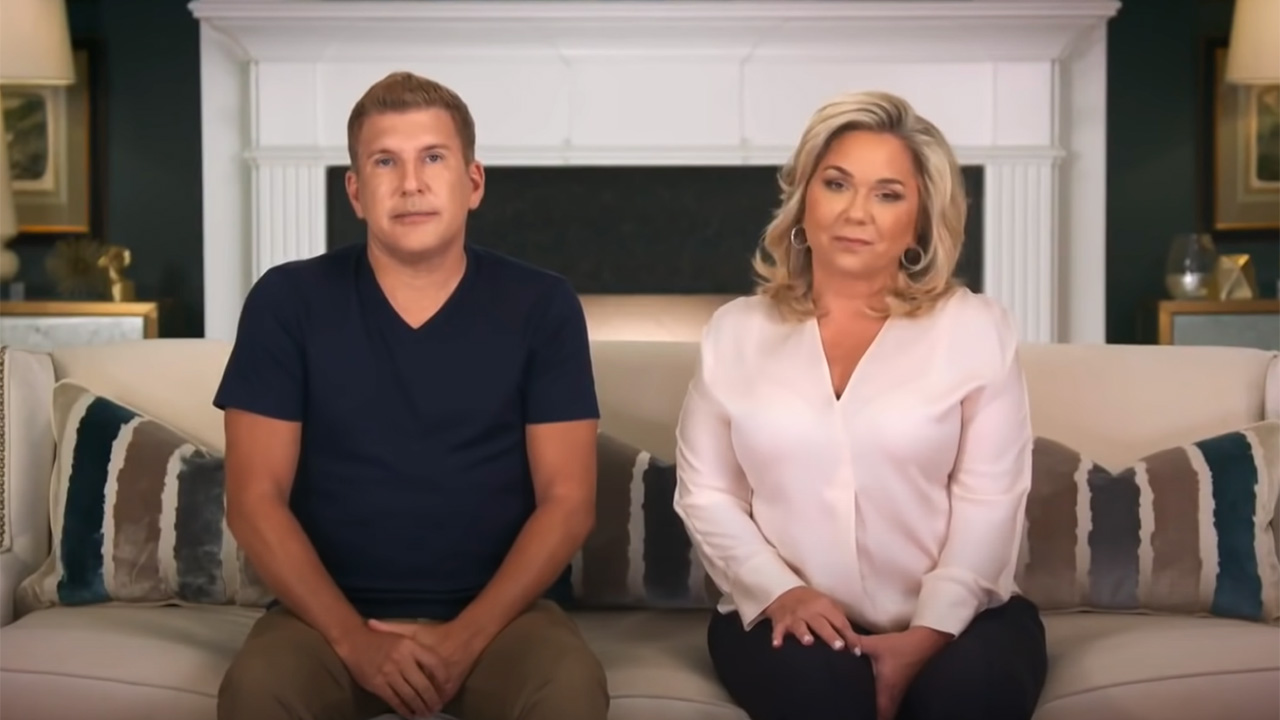 Famous reality series stars Todd and Julie Chrisley are currently on trial over bank and tax fraud, and this week a former employee took the stand and threw out some absolutely incredible information about money the Chrisley Knows Best stars burned through every single month. In addition, the former employee said he committed bank fraud for the couple in order to keep up their lavish lifestyle and plenty of details were also revealed about what that reportedly entailed.

Mark Braddock is the former assistant in question and he revealed in court he had applied for numerous loans for the Chrisley family, highlighting how the couple allegedly had borrowed over $60 million dollars in order to maintain their lifestyle. The process would go like this: Braddock would apply for loans, saying the couple had more assets available than they did.

Then, after gaining access to more loan money the couple would use this new loan money to pay off the older loans they’d already acquired. All of this was in service to a pretty incredible amount of money Todd and Julie Chrisley and the family needed in order to support their lifestyle each month. As Braddock noted,

The “he” mentioned in the quote  is Todd Chrisley, who was allegedly traveling to Beverly Hills from his then home base in Atlanta to where he would stay at the Beverly Hills Hotel in order to get his haircut bi-monthly, as just one example of exorbitant spending. Per Braddock (via Insider) these flight to Los Angeles each month were just the tip of the iceberg when it came to how the couple saw money. The former partner of the couple says they employed three housekeepers five days every weeks  as another example. Another report online indicates he blew threw some of the money by buying Bentley’s and more.

From what the court case has stated, Chrisley’s real estate business was doing good numbers, particularly during “The Great Recession.” The problem seems to have been that the couple was simply spending more money than they were bringing in, with high American Express bills and more contributing to their debt load. The IRS eventually started gaining an understanding of what was going on in the household, and Todd Chrisley and Julie filed for bankruptcy at one point. Apparently, $20 million in debt was forgiven when that happened.

To hear them tell the story, the Chrisley family says Mark Braddock was “obsessed” with Todd Chrisley and also that he was responsible for all the fraud that’s coming up in court. But Braddock disagrees, stating on the stand that Todd Chrisley was aware of what he was doing and he only defrauded banks at the reality star’s request. One email exchange that came up in court even showed an email exchange between Braddock and the Chrisley Knows Best patriarch about how Braddock made an account with no money in it look as if $4 million dollars were available.

The trial kicked off last week with the prosecution saying in opening statements the Chrisley family “lie through their teeth” to get whatever it is they are interested in the moment. They are currently in court over $30 million in defrauded loans, though this new report from Bradock seemingly indicates that number was even higher. Both the Chrisley’s and their tax accountant Peter Tarantino have been charged, though they’ve focused the blame on Mark Braddock. It’s unclear if the couple will face jail time. Tax fraud is punishable in the U.S. by up to five years in prison and hefty fines.