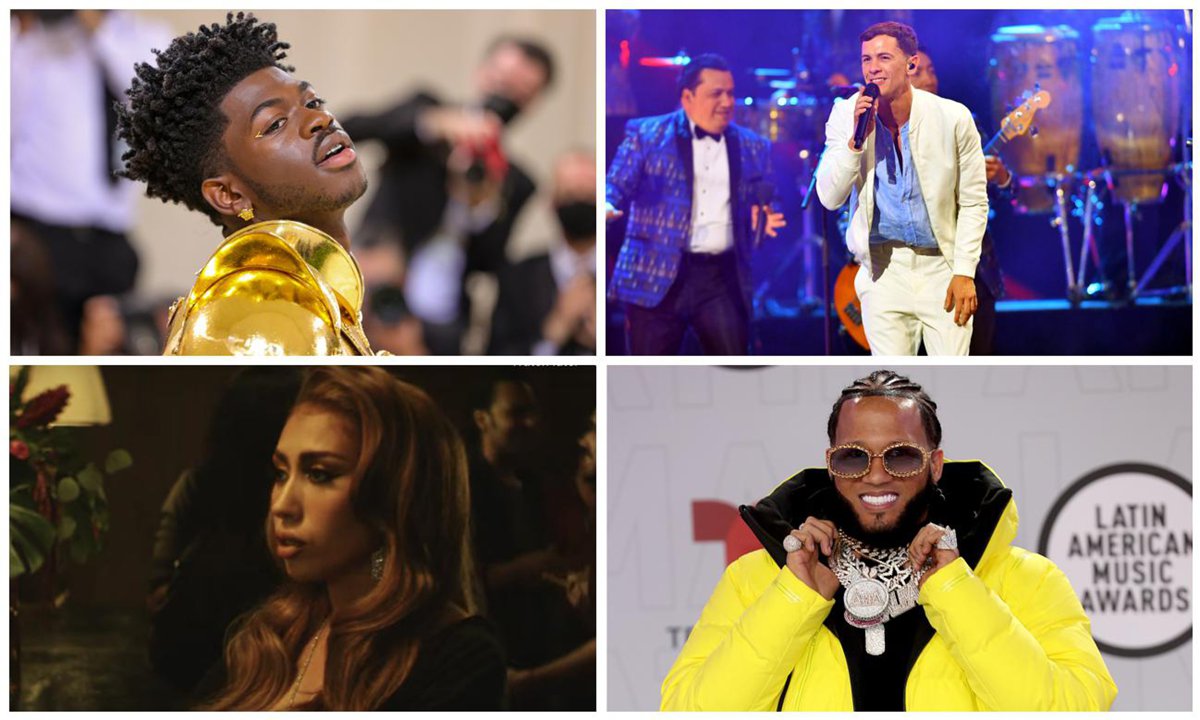 Every Friday, we highlight the newest and most exciting releases from artists across all genres. This week, we got a ton of new music from artists we hear from all the time, along with those we’ve been waiting for new music from for years, including names like Lil Nas X, Kali Uchis, Jonas Brothers, Pitbull and more.

Check out some of the most highly-anticipated drops down below:

After months of anticipation and some of the most creative marketing we’ve seen from the music industry in a while, Lil Nas X’s debut album, Montero, is finally here.

With features from Doja Cat, Elton John, Jack Harlow, Megan Thee Stallion, and Miley Cyrus, Montero is here to prove that his musical ability goes so much further than his breakthrough hit, “Old Town Road.” After pretending to be pregnant in the weeks leading up to the album for his water to finally “break” on Thursday evening, nobody can say Lil Nas X isn’t committed to his craft.

The rising star’s newest song incorporates tropical sounds with salsa elements while keeping the witty and versatile artistry that Guaynaa is known for. “Los Cachos‘’ seeks to break clichés and redefine the themes that dominate current musical trends, dropping today alongside the official music video.

Multi-platinum Puerto Rican rapper CJ is back with a brand new single and video titled “Replica,” which features a guest appearance from none other than El Alfa.