Marvel Entertainment and Webtoon digital comic platforms will launch “Eternals: The 500 Year War” series Wednesday concurrently with the launch of “The Eternals” movie on Disney+.

The seven-part Infinity Comic series, featuring the battle of the Eternals against the Deviants around the world, will make its debut Wednesday on the Marvel Unlimited digital comic platform and will be followed by its Webtoon debut on Jan. 20. As they wage their war, the Eternals will interact with different human cultures across centuries through cultural objects gifted to them by the groups.

“Bringing ‘Eternals: The 500 Year War’ to Marvel Unlimited will open up doors for our international creative teams to tell much more personal stories by setting them in their homelands,” said Marvel editor-in-chief C.B. Cebulski in a statement. “These stories also break down barriers and provide excitement beyond anything fans can imagine with these diverse, multicultural characters.” 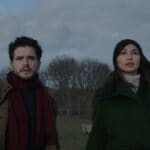 Said David Lee, head of content at Webtoon U.S., “Marvel’s Eternals are the perfect fit for Webtoon readers around the world: a global narrative crossing borders and boundaries, and a diverse new cast of heroes, all available in an innovative mobile format. This series is perfect for anyone who watns to see more of the incredible Eternals in action, expanding their universe with new stories and a new format on Webtoon, We’re thrilled to work with Marvel.”

According to Total Film, the Deviants have reigned as the Eternals major foes throughout the Eternals’ existence. The mutant Deviants’ jealously over the Eternals physical beauty has locked them in a never-ending war.