Tentative Agreement Between Netflix and SAGAFTRA

SAG-AFTRA has tentatively agreed to a contract with Netflix, which is a successor to the 2019 deal between the guild for TV productions and the streamer.

On Tuesday, the guild stated that a tentative agreement was subject to approval by SAG-AFTRA National Board. This Board will meet on August 8, 2022. The specific details will not be released in advance of the Board’s review. The board can approve the contract and it will be implemented until summer 2025. 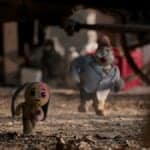 The 2019 agreement was the first ever between the actors union and the streaming giant and was part of Netflix’s efforts to tie itself closer to the Hollywood establishment along with its admission into the Motion Picture Association. The contract established many of the basic labor protections that SAG-AFTRA and other Hollywood unions negotiate with legacy studios through the AMPTP, including minimum rates, turnaround provisions, exclusivity terms in actors’ contracts, and residual payment rates.

SAG-AFTRA also negotiated anti-harassment provisions in the wake the #MeToo movement. These protections included a ban from auditions in private settings like hotel rooms, residences, or hotels and the adherence of on-set harassment protocols.

SAG-AFTRA had previously signed agreements with Netflix on an individual production basis prior to 2019. The agreement provided a term agreement to live-action dramatic productions. It also included performance capture and dubbing.

The talks between Netflix and SAG-AFTRA come before what is expected to become a pivotal year for Hollywood labor negotiations. SAG-AFTRA along with the Writers Guild & Directors Guild will be entering a new cycle with the AMPTP. The main point of contention between labor and management is expected to revolve around streaming residuals. As streaming services like Disney+ and HBO Max were being launched, compensation for streaming was to be discussed in 2020. But this was delayed due to financial turbulence caused by COVID-19. 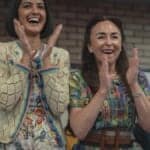 Previous article
We sold out home and bought a mouldy caravan – we transformed it for £400 and live in it full time, it looks SO posh
Next article
Jennifer Garner’s Untold Truth