Jason Sudeikis in Ted Lasso is easily a crowd favorite. The AppleTV+ original series led fans to become quickly obsessed with the style of humor and characters alike. But if you’re a superfan looking to learn and become more involved with the show, you may be intrigued to copy one of Ted Lasso’s signature looks.

If you’re a loyal Ted Lasso fan, there’s no doubt you’ve noticed the ‘Joe Arthur Gatestack’ shirt that Sudeikis’ character wears throughout the show. The actor is one of the co-creators of Ted Lasso, so there’s no doubt Sudeikis had a little bit of control when it came to his wardrobe.

What’s the meaning of that seemingly random phrase on a T-shirt? The shirt is Sudeikis’ tribute to Kansas City. Sudeikis’ shirt is specifically a reference to the Kansas City barbecue he grew with. 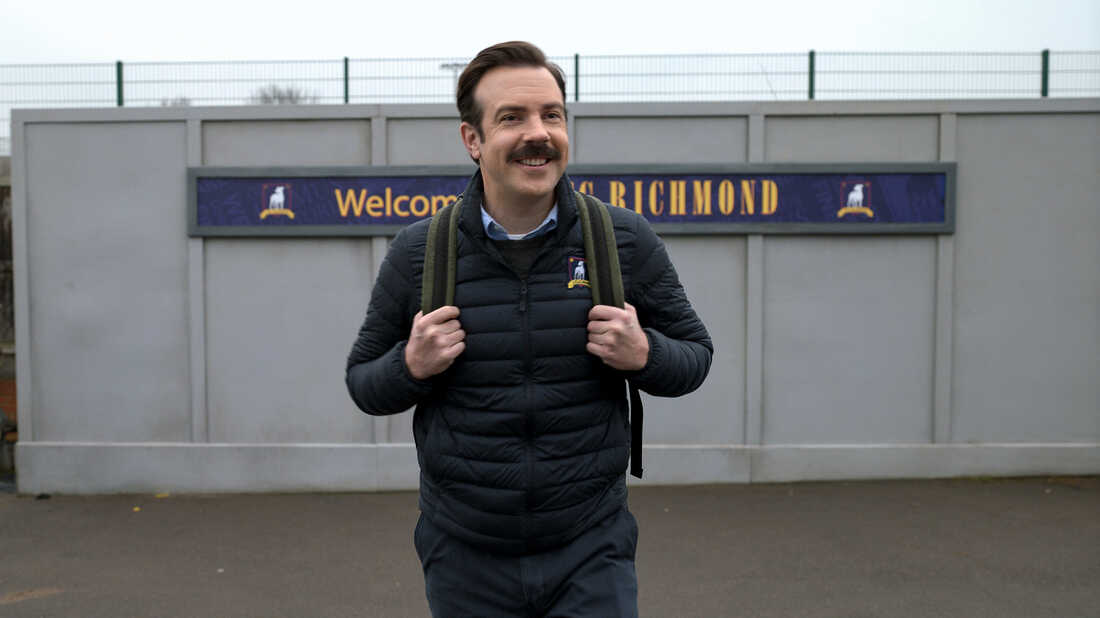 The t-shirt isn’t the only time Sudeikis pays homage to Kansas City in Ted Lasso. In the show, his character’s computer background screen is a shot of Arthur Bryant’s restaurant. Also, Sudeikis’ character receives a bottle of Arthur Bryant’s barbecue sauce in a care package. Ted mentions Brookridge Elementary in one episode. This is where Sudkeikis was actually educated in grade school.

Obviously, fans love Ted LassoAfter its first season, the show was nominated to win 20 Emmy Awards. The show’s uniqueness is due to its cast of talented actors, original comedy, and clever writing. But quickly after the show’s second season was released this summer, die-hard fans were already eager for a third season.

There is some good news. However, beyond a third season, one of the show’s co-creators, Bill Lawrence, said the storyline will most likely end there. “This story I know has a beginning, middle, and an end, and will end the third year.” Both Lawerance and Sudeikis want to close out Ted Lasso on a high note, despite fans continuously asking for more seasons.