By Tom O'Brien
December 1, 2021
In
NewsUSAViral 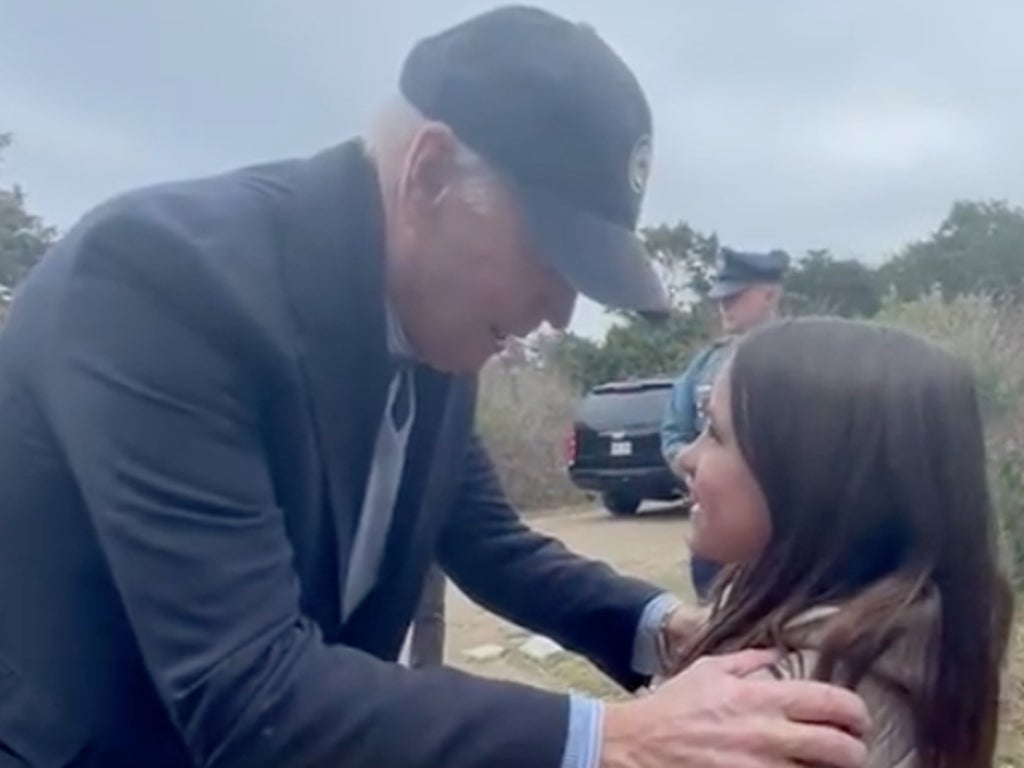 President Joe Biden gave a  touching piece of advice to a young girl who struggles with a stutter – something he’s experienced in his life.

On Sunday, US Diplomat Rufus Gifford took to Twitter to post a video of Biden telling the girl, named Avery, the following heartwarming message: “I promise you it will go away if you just keep at it.”

“Thank you, Mr President,” she said as she gave him a hug. Biden also extended an invitation to visit the White House.

Avery is the niece and goddaughter of Gifford, the ambassador of Denmark from 2013 to 2017, former deputy campaign manager for Biden and a nominee for Chief of Protocol.

“She was just told by a guy who knows a little something about it that she can be anything she wants to in this world…A day she will never ever forget. Thank you sir,” Gifford’s wrote, in part.

People flocked to the comments to express how sweet this moment was.

Check out those responses below.

Biden hasn’t shied away from discussing his stutter.

Although he said he never got professional intervention to prevent it, he gave praise to his mother for encouraging confidence within him.

Biden practiced speaking in front of a mirror as a child by reading William Butler Yeats or Ralph Waldo Emerson.

Biden had quote-tweeted her with the following:

She later apologised, noting she should have made her “point respectfully.”

Trump himself also claimed that Biden “gets angry” because “that’s what happens when you can’t get words out” – all while mimicking a stutter.

This isn’t the only time Biden gave sweet advice to children who experience challenges with their speech.

In February 2020, Biden told  Brayden Harrington, a 13-year-old New Hampshire boy not to be defined by stuttering and that he’s “smart as hell.”

“I’m just a regular kid. And in the short amount of time, Joe Biden made me more confident about something that’s bothered me my whole life. Joe Biden cared,” Harrington said in CNBC Television video in August 2020.

Breaking news! BBC will release a new film featuring Wallace and Gromit in 2024

Breaking news! BBC will release a new film featuring Wallace and Gromit in 2024