The news from the set of Sweet Magnolias is here and it’s even sweeter! The viewers’ favourite American romantic drama series is returning for Season 2. Here’s everything we know so far about Sweet Magnolias Season 2 release date, production and cast. 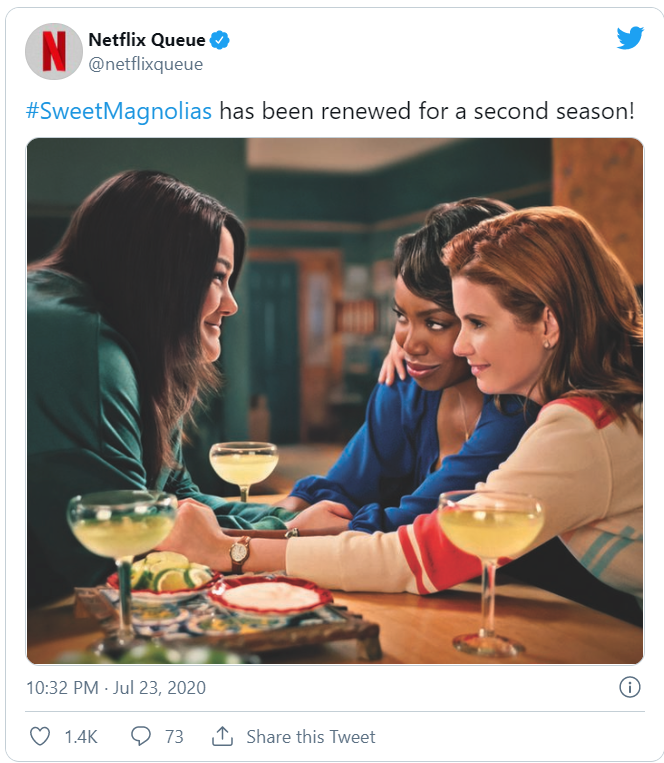 The series was developed by Sheryl J. Anderson based on the novel “Sweet Magnolias” from Sherryl Woods. The series has performed well in terms of viewership and ratings. Sweet Magnolias is one of the most popular shows of recent times and has made it to the top charts at number one several times in the US. The fans are definitely thrilled about the renewal of Season 2 of Sweet Magnolias. Hold on, we are about to reveal the release date now.

When is the release date of Sweet Magnolias Season 2?

The renewal for Season 2 of Sweet magnolias was announced in July 2020 and since then fans have been restlessly awaiting the release dates. Netflix has not yet confirmed a release date for Sweet Magnolias Season 2. Don’t be disappointed because we do have a clue as to when the series will be released. In a broad sense, we can expect Sweet magnolias Season 2 to be released in 2022. Until we get an official confirmation regarding the release date, why don’t we go through the plot of Season 2? 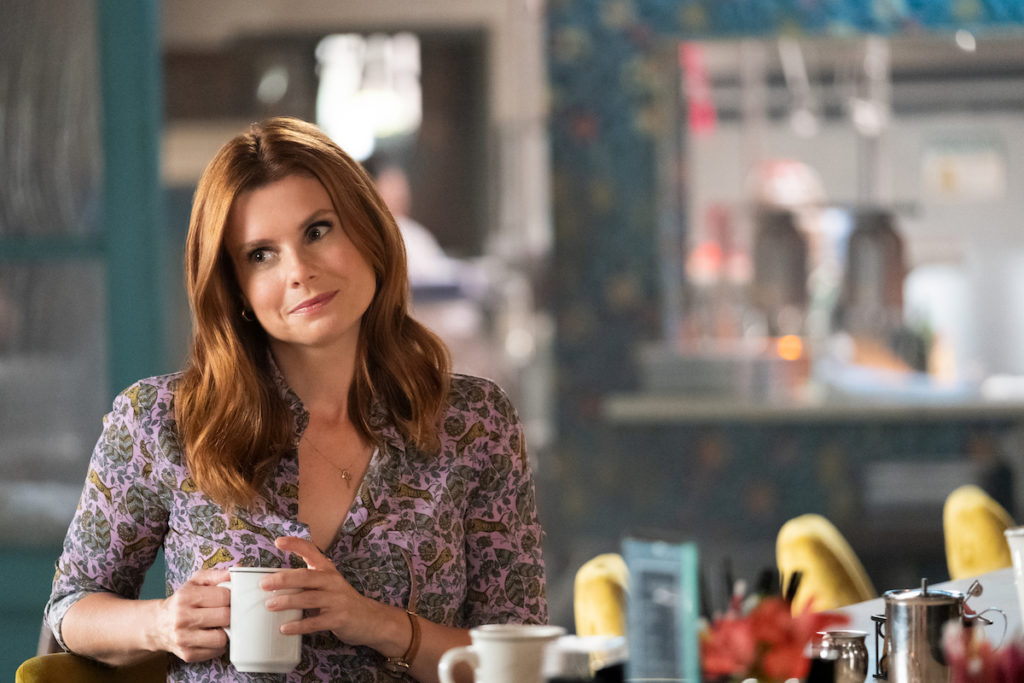 What will happen in Season 2 of Sweet Magnolias?

The dramatic ending of the pilot season of Sweet magnolias was a major highlight of the series. The author of the novel Sherryl Woods herself was delightedly shocked at the script’s closing. In her interview with People, Woods described how she emailed Anderson that Netflix needed to renew the series the very next minute.

Season 2 will begin by breaking down the ending of Season 1 and revealing the mysterious passenger in the car with Kyle when it crashed. We are told to expect the unexpected when it comes to theorizing the probable storylines of Sweet Magnolias Season 2.
Wait, it gets sweeter! Many of our favourite characters from Season 1 are returning in Season 2. 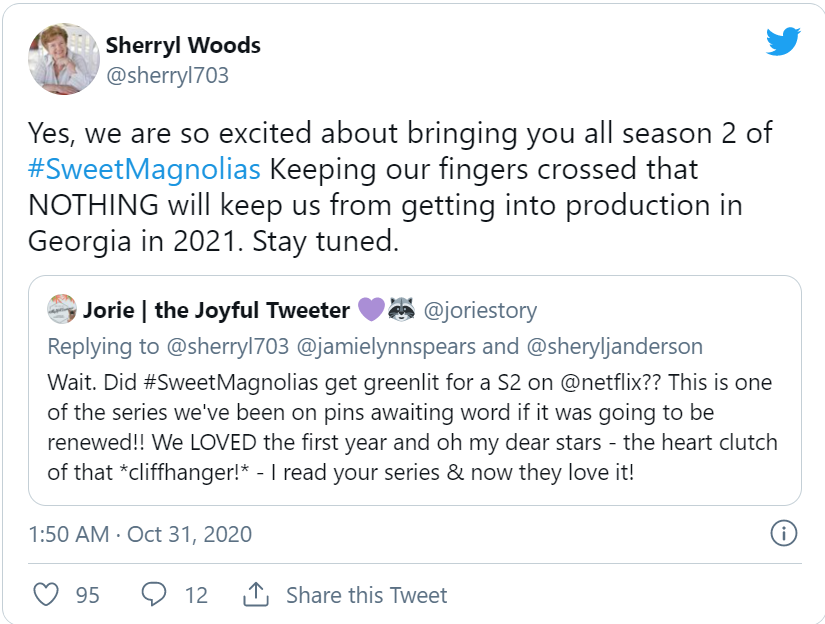 The production of the Season 2 of Sweet Magnolias is currently in progress and we can’t wait to see our favourite characters on screen. IMDb has confirmed the return of the talented actors of Sweet Magnolias in Season 2 including Brooke Elliott as Dana, JoAnna Garcia Swisher as Maddie, Heather Headley as Helen, Carson Rowland as Tyler, Anneliese Judge as Annie, Brooke Elliot, Dion Johnston, Chris Medlin, and Jamie Lynn Spears. And it doesn’t end here. Anderson has hinted at some additions to the stars of Sweet magnolias who will join us in Season 2.