Broadcaster Piers Morgan teased a brand new role as he reunited with his former Good Morning Britain co-host Susanna Reid at the TRIC Awards. The Life Stories presenter made his way through the crowds and mentioned that he might have another project that would be happening soon.

Talking exclusively to Daily Star, Piers said: “I have a plan…. It might be coming quite soon. I can’t tell you anymore, but man, the battle stations won’t belong.” Since his departure from ITV’s breakfast program, the outspoken journalist seems to have had quite a turbulent relationship with his ex-on screen wife, Susanna.

But judging from his recent photo posted on Twitter, Piers and Susanna appeared to be in a good place. Taking to the social media platform to update his 8million followers, Piers, 56, posted a picture of himself with his arm around Susanna and captioned the post: “BREAKING: Reunited! ⁦@TRICawards #trics.”

Rushing to the comment section, fans made sure they aired their thoughts on the pairs union, with some hoping that he may have got his old job back. One fan exclaimed: “How lovely if only you were both sat behind a huge desk again I could start enjoying my mornings again !!! @GMB, take note !!!!”

Another wrote: “You actually should get a joint award for the fantastic way you reported the situation regarding Covid and called those out who weren’t doing their jobs. You were both amazing and deserved huge praise and recognition.”

A third said: “Legends, do miss waking up with Shouty & Pouty:) have ITV come to their senses…”. But others appeared to be less enthusiastic about the pair reuniting and aired their opinions on this too.

“Let’s be honest, piers, if you didn’t storm of GMB like a child throwing a tantrum, you would still have your job you brought it on yourself by acting childish and if your honest Piers, you know am right,” One fan wrote.

While another said: “If my work colleague who I considered a friend gave that cold and distancing speech after you left, they would no longer be a friend.” A third penned: “She had to wait for the Ofcom ruling before being pictured with you mate. She’s not a true friend.”

In July, controversial Piers mentioned that he often had off-screen rows with Susanna while working on GMB. Piers spoke out about when he rarely spoke to Susanna at work while discussing Prince Harry and Prince William’s reunion at their grandfather’s funeral. 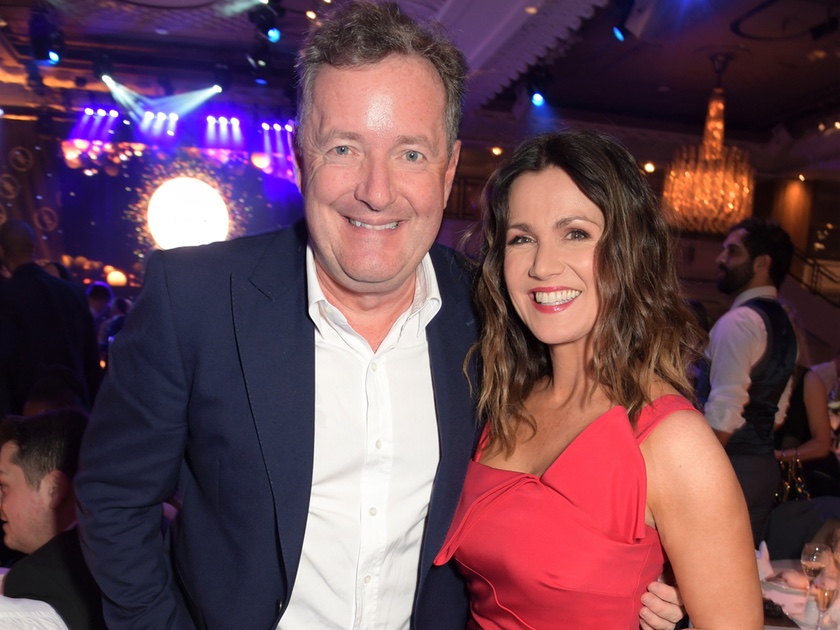 Writing in his column for Daily Mail, former Britain’s Got Talent judge wrote: “Susanna Reid and I once presented a whole three-hour episode of Good Morning Britain together without exchanging a single civil word on or off camera after a blazing row.

“But the viewers barely noticed thanks to our fixed cheesy grins and cheery chats with guests.” In March, piers stormed off and left ITV’s Good Morning Britain after receiving tens of thousands of complaints about his comments towards Meghan Markle and her mental health.