Starz filed the suit 2020 against MGM accusing it of violating its exclusivity agreements when it allowed its TV and film library to be used on other platforms. Starz claims that an employee noticed the change. “Bill & Ted’s Excellent Adventure,”MGM licensed a movie to Starz. However, it was only available on Amazon Prime.

Starz claims that MGM acknowledged a breach that led to more than 200 films or TV shows being distributed on other platforms. MGM also owns Epix which licensed some of the films. Starz paid MGM $70 million in the original lawsuit for two agreements that Starz signed in 2013 and 2015. These agreements allowed Starz to license 585 movies, and 176 TV programs, according to the lawsuit.

MGM attempted to dismiss the lawsuit on Starz’s late filing of the complaint, but that was rejected by a lower district court. That ruling was upheld in the 9th Circuit Court of Appeals. 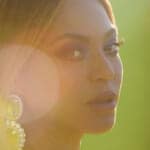 “The district court correctly applied the discovery rule to conclude that Starz timely filed its claims of copyright infringement,”The court stated in a filing This can be viewed here. “Taking all the facts in the complaint as true, there were no events that occurred that should have placed Starz on notice that MGM was violating its exclusive rights until Starz’s employee discovered the movie ‘Bill & Ted’s Excellent Adventure’ on Amazon Prime Video in August.”

“And as the district court aptly put it, ‘When Starz did detect smoke, in the form of Bill & Ted’s Excellent Adventure, it quickly discovered the fire and promptly sued for all 340 infringements.’ Because Starz brought its claim within three years after its claim accrued, Starz is not barred from seeking damages for all acts of infringement,”According to the court.