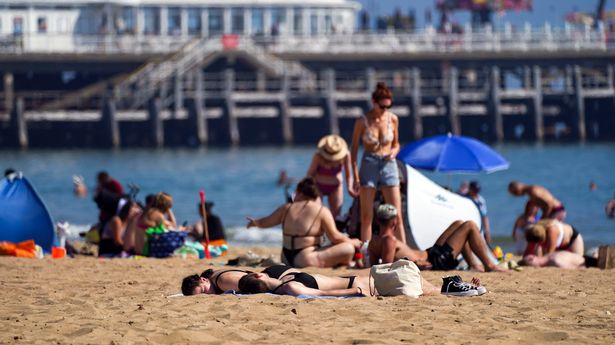 The Met Office predicts temperatures up to 25C could be experienced on Saturday as Brits are set to enjoy a sizzling weekend before the weather cools down from Monday.

The UK will see high temperatures up to 25C this weekend, with an Indian summer predicted for two days.

According to the Met Office on Saturday, temperatures in London and South East could reach 23C. There will also be bright sunny spells on both days.

The Met Office has indicated that some parts of England north of London could see temperatures as high as 24C or 25C.

Sunday will be cloudier, but temperatures will remain at 23C.

The west parts of England, Wales, and Scotland could experience some clouds and rain Saturday morning. It will then brighten up by afternoon with highs of 21C.

The southeast could see heavy rains on Sunday.

North-western Scotland will experience windy conditions Saturday morning. On Saturday, it will become mainly dry with sunny or bright spells. Highs of 21C are expected in the region.

Sunday will be bright and dry with strong southerly winds.

Monday will bring a change in weather, with the Met Office forecasting that next week will see the beginning of autumnal weather.

It comes as the AA has warned people not to top up their cars “outside of their normal routines” ahead of planning any potential weekend trips away to take advantage of the weather. 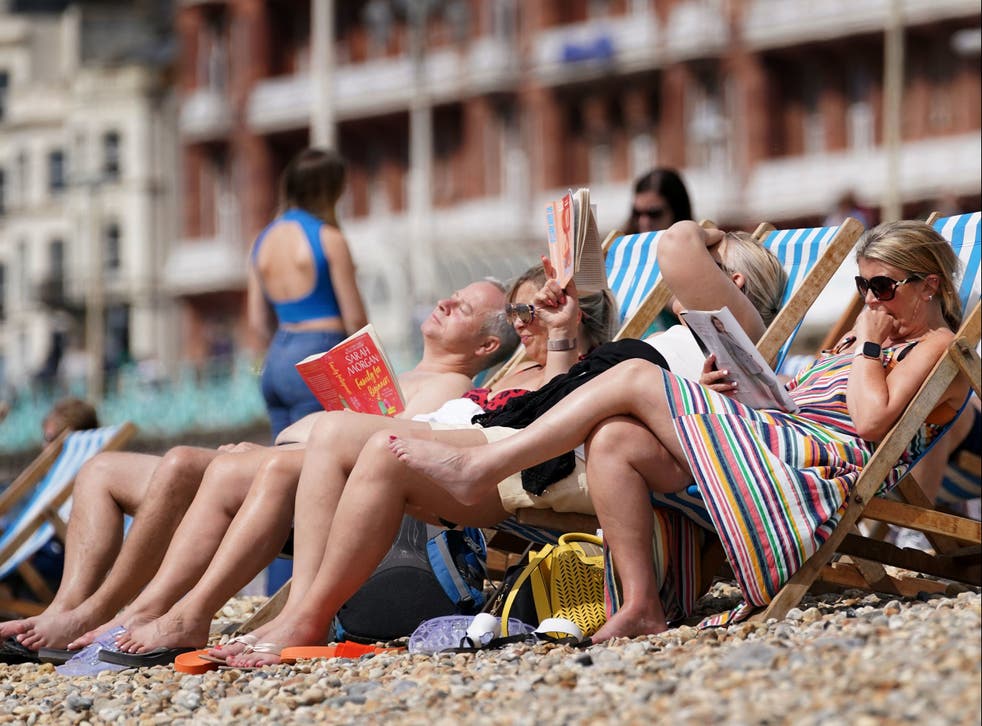 Nicky Maxey from the Met Office said that while you are more likely to experience highs of 23 degrees in most places, some areas could reach 24 or 25C.

“It will be similar on Sunday, with places such as Lincolnshire potentially seeing similar temperatures, but still the higher temperatures being in isolated pockets rather than widespread.”

She added: “Sunday perhaps will see an increased chance of rain, but there’s still plenty of sunny spells around and fine weather.

“But we have got a cold front moving into Northern Ireland and Scotland on Sunday and then crossing from east to west of the UK on Monday.

“While there’s still some sunshine, Monday could bring more showers.

“Hail and thunder is also a risk to the North and West, so Monday heralds a real change towards the autumnal-style weather.”

It is starting rather cloudy with occasional drizzle or rain in the west, especially northwestern Scotland, where it will also become increasingly windy.

Sunny intervals are possible elsewhere. It is very warm in the sun.

Outlook for Sunday to Tuesday:

Still warm for many on Sunday, some heavy showers in the South East.

Stronger winds and rain moving into the west are causing a shift to cooler, less settled conditions by next week.