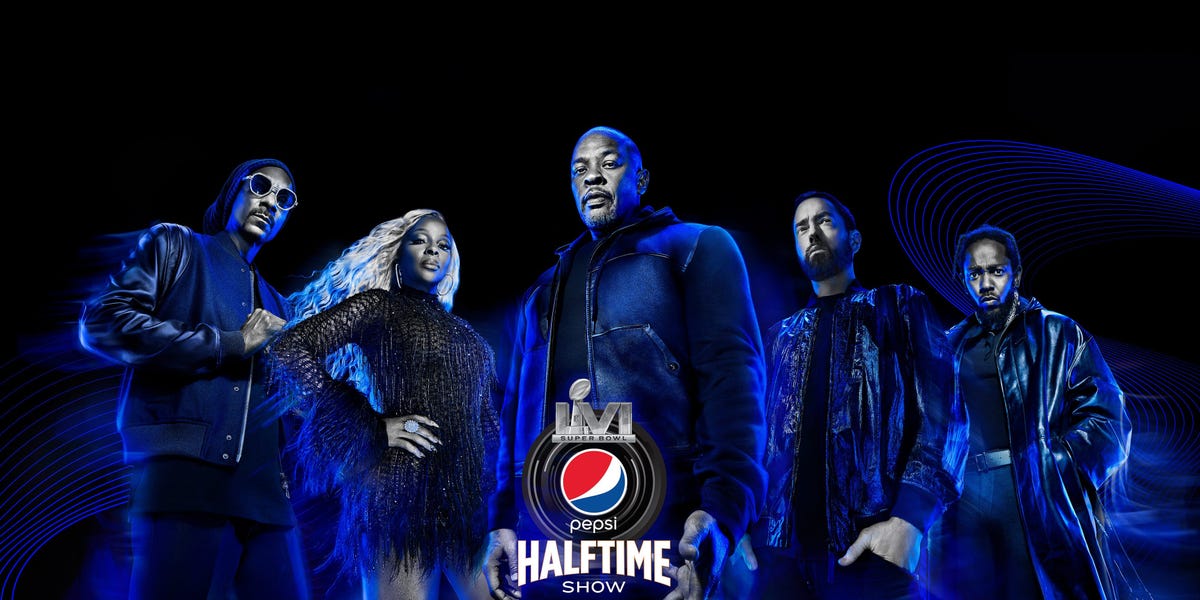 “43 Grammys, 19 No. 1 Billboard albums and 5 legendary artists on the biggest stage in Los Angeles for the #SBLVI #PepsiHalftime show,” the NFL’s tweet announcing the lineup said.

“The opportunity to perform at the Super Bowl Halftime show, and to do it in my own backyard, will be one of the biggest thrills of my career,” Dr. Dre said in a press release.

The show was announced as part of the NFL’s partnership with Pepsi and with Jay-Z’s record label Roc Nation. Super Bowl LVI will be held on February 13,  2022, at the SoFi Stadium, in Inglewood, California.

This story is developing. Check back for updates.

Previous articleBiden Campaigned as the Anti-Trump. But a Clean Break Is Never Easy.
Next articleThe ‘Real Housewives of Atlanta’ is said to be adding an Olympian to the cast.