Shaquille O’Neal Went On A Date, Then Paid Shaq-Sized Bill For The Entire Restaurant 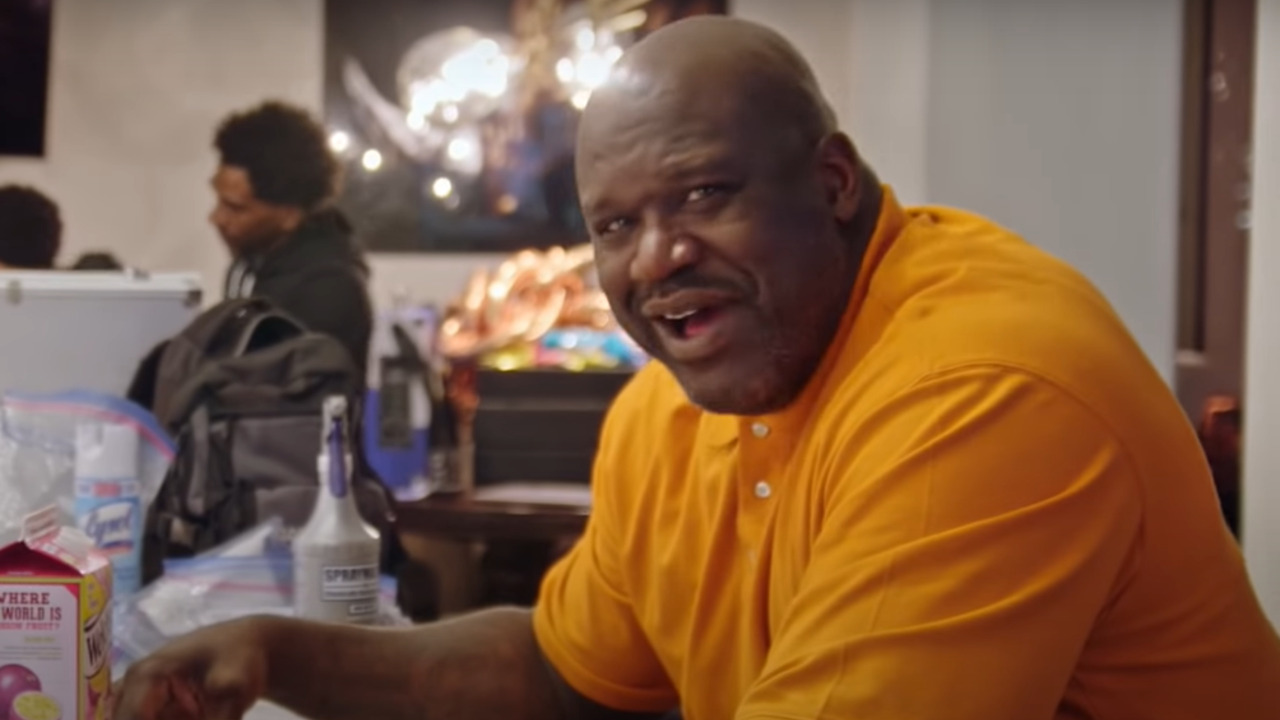 It’s easy to assume that supersized NBA legend Shaquille O’Neal stands out wherever he goes. At 7-foot-1 and well over 300 pounds, Shaq makes The Rock look tiny. One might think drawing attention everywhere you go could get frustrating, especially on more personal outings like a date night. On June 12, however, the famously generous and candid former Laker took a mystery woman out for dinner in New York and ended up picking up the checks for the entire restaurant — and footing a bill that was larger than his size 22 kicks.

Shaquille O’Neal and his lady reportedly dined at Jue Lan Club in Chelsea last Sunday, and the Inside the NBA analyst must have been in a pretty good mood. A source for Page Six reports that as Shaq and his date ordered Beijing chicken, shrimp tempura, and the restaurant’s signature chicken satay, he also paid for dinner for all of the servers. His generosity didn’t stop there, the source reported:

The bill for the former NBA champion to pay for his meal, plus that of everyone else in the restaurant — including the staff — reportedly came to “well over $25,000,” and he asked that his fellow diners not be told that he’d paid for their meals until after he and his date had left. I guess Shaquille O’Neal has come up with some ways to avoid extra attention while still doing great things.

The staff reported that he was “extremely generous” in the tipping department, which is really no surprise, because could you imagine paying $25,000 for food, feeding the staff, and then stiffing the servers on gratuity? That’s a pretty unlikely scenario, and Page Six reports that, indeed:

That must have been some good chicken satay! Shaq is a big man with big opinions. He’s shared his thoughts on Kanye West and Kim Kardashian’s co-parenting woes, the feud between Michael Jordan and Scottie Pippen and, of course, the Will Smith slap.

But as well as his basketball genius and his strong viewpoints, Shaquille O’Neal is very well-known for his generosity. Back in February, the legend went viral after a video showed that while he was out shopping, he had stopped to talk to a young boy who was upset that he’d gotten in trouble with his dad. After encouraging the boy to give his father a hug and apologize, he treated the kid to a couple of pairs of shoes.

Also in February, it was reported that he bought meals and new vehicles for a large family in need, and last year he paid off a man’s engagement ring when he overheard his conversation while shopping at Zales. When discussing that latter incident on NBA on TNT, he said he tries to do things like that every day, and — just like at the restaurant on date night — he doesn’t do it for the recognition.

That is a pretty commendable way to spend your money. A few thousand dollars may not mean much to a multi-millionaire, but it has such an impact on the recipients. I’m sure his gesture is one that the patrons of Jue Lan Club aren’t going to forget anytime soon.