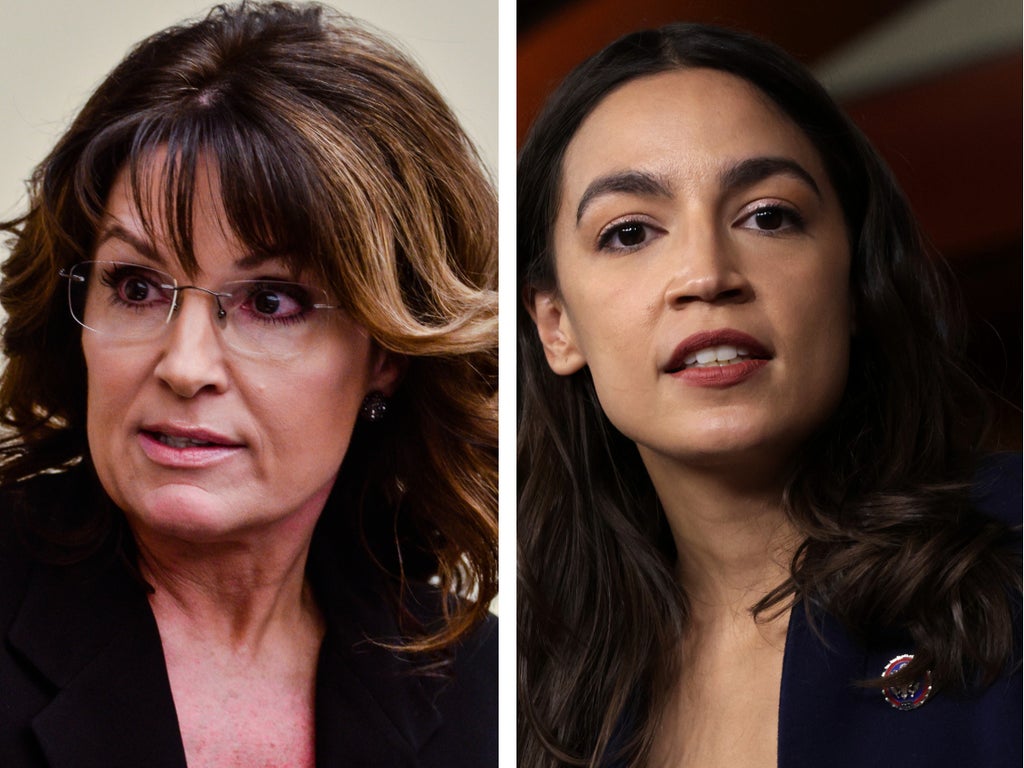 In Monday’s Fox News interview with Rachel Campos-Duffy, Palin railed against Ocasio-Cortez for a tweet she sent out last week that claimed Republicans are harbouring their sexual frustrations, and projecting them onto her boyfriend’s feet.

And now, Palin believes it is a left-wing promotion of sexuality.

“I truly believe that there are enough Americans who get it and understand what [Ocasio-Cortez’s] tactic is, and that is to deflect from what the real issues are,” she said.

“Take this issue with her suggestion of dating and attraction to someone and blaming her failures on that. That obsession with sex. Look how the Liberals, Rachel, want to pound that into the public’s head that advertising who is attracted to who. What people do in the privacy of their own bedrooms. All these things that have to do with privacy and sex.”

Once the interview surfaced on Twitter, some people mentioned how terrifying it was that she was not far from becoming vice president.

“Dear Lawd… and she could’ve been a heartbeat from the Presidency,” someone wrote.

“To think she could have been VP is scary,” another added.

A third wrote: “Okay; listen to this interview two or three times and then tell me that you believe Sarah Palin even knows what the hell she is talking about. And does anyone outside of Fox News (Newsmax/OANN) take Palin seriously?”

Check out some other reactions and responses from people ready to make jokes:

On New Year’s Eve, photos of Ocasio-Cortez and her boyfriend surfaced vacationing in Florida amid the rise in Covid cases in New York.

Many conservative commenters like Steve Cortes spoke out against her boyfriend’s feet and mask mandates.

This prompted her to clap back at Cortes directly.

”If Republicans are mad they can’t date me, they can just say that instead of projecting their sexual frustrations onto my boyfriend’s feet,” she wrote.

US Embassy in Ukraine Orders Staff and Family Members to Evacuate

US Embassy in Ukraine Orders Staff and Family Members to Evacuate