Roseanne Barr and Tom Arnold’s relationship was truly one of a kind. After four years together, she filed for divorce, dropped the petition three days later, and filed again three weeks later.

Even though actress and comedian Roseanne Barr has got involved in several controversies throughout the years, she has certainly lived the life of an icon, and her second husband, Tom Arnold, knows it firsthand. 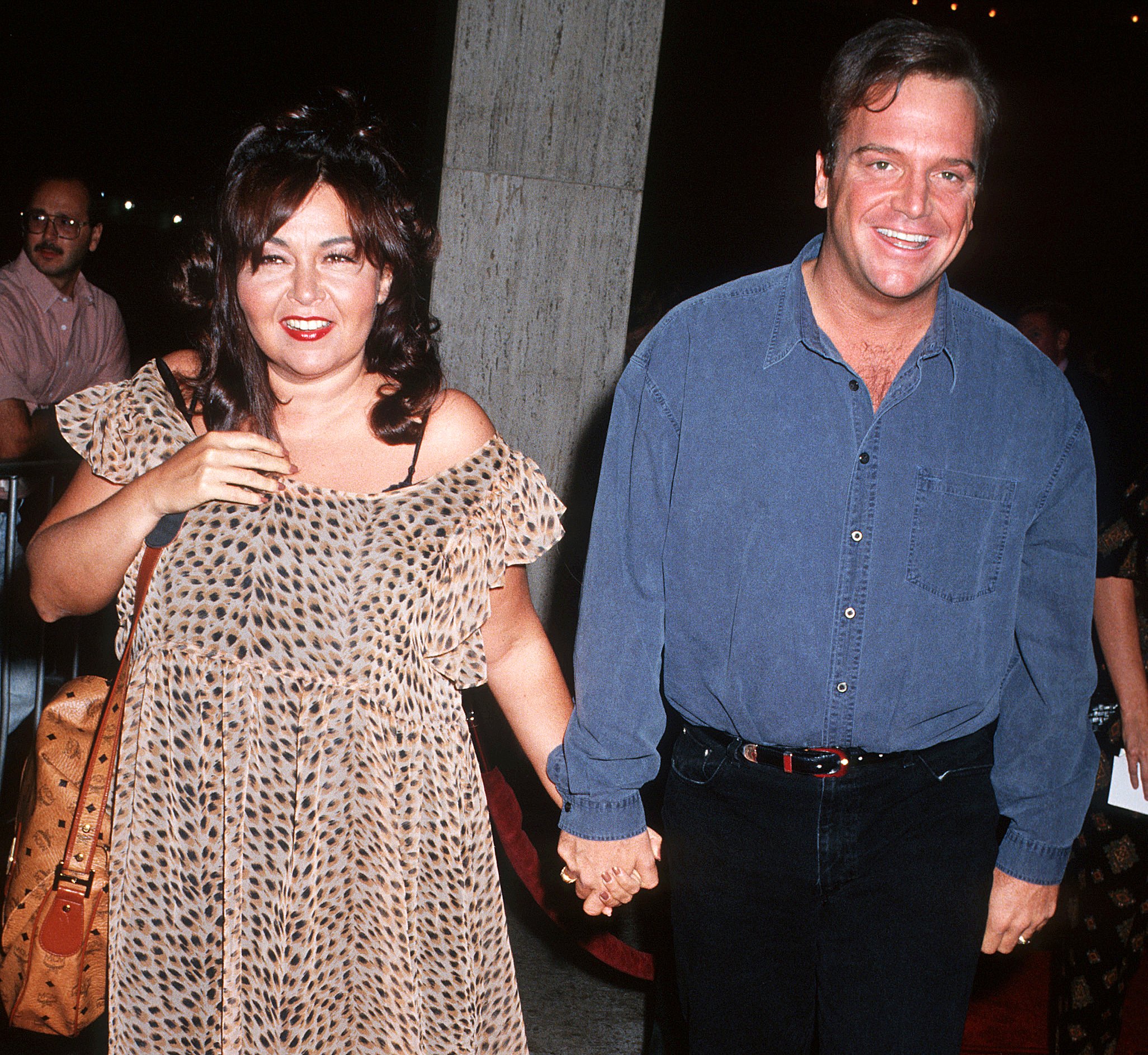 Arnold, also a comedian and actor known for “McHale’s Navy” and “My Big Redneck Wedding,” met Barr in 1983 when he was her opening act for a show at Minneapolis Comedy Gallery.

Even though they had different backgrounds – she grew up in a Jewish family in Mormon Utah, and he was raised Methodist in rural Iowa – they became friends right away.

Nothing romantic happened initially, though, as she was still married to her first husband, Bill Pentland. Barr and Pentland were together for over 16 years and welcomed three children: Jessica, Jennifer, and Jake.

As soon as Pentland and Barr parted ways in 1989, she and Arnold started dating. They tied the knot in January 1990, kicking off one of the most headline-grabbing celebrity marriages of the 90s.

Before the wedding, Arnold had been guest-starring in “Roseanne,” the fan-favorite sitcom that shot Barr’s career to stardom. After saying “I Do,” he was promoted to executive producer.

Barr loved her husband’s new position, especially because he started managing almost every aspect of her career. The rest of the show’s staff suffered from Arnold’s promotion as his manic personality was too much to bear. 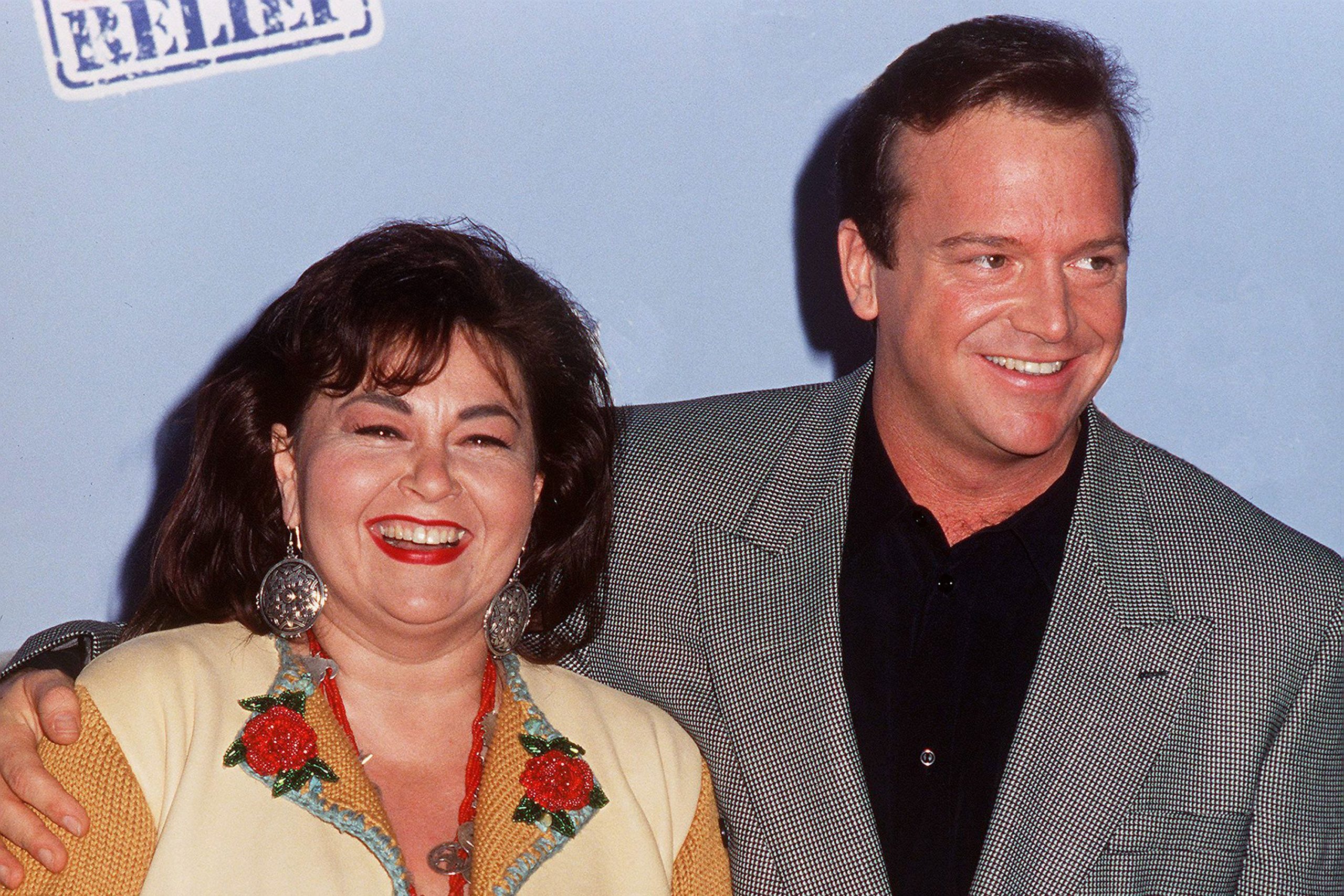 Arnold and Barr’s marriage is still so memorable because of all the headlines they made. They were even described as the “Terrible Two,” and some would agree that it fit them perfectly.

In 1990, most Americans criticized her for singing the national anthem before a San Diego Padres game at Jack Murphy Stadium. Things would have been okay hadn’t she grabbed her crotch and spit.

“She filed for divorce and accused Arnold of being physically and emotionally abusive.”

She eventually pointed out that it was just a joke, but it was already too late as then-President George Bush himself disapproved of her actions.

One year later, she claimed her family sexually molested her and described herself as an incest survivor. Her parents and sister denied her allegation, but they got involved in a very public feud.

In 1992, Arnold booked the leading role in “The Jackie Thomas Show,” but it flopped, and critics slammed it. As a result, Barr sent them nasty letters.

Arnold also attracted a lot of attention in 1993 for leaving an offensive note on Julia Louis-Dreyfus’ car for parking in his spot on the CBS lot.

Despite all the problems, the “Terrible Two” seemed like they genuinely enjoyed their time together. It is important to remark that they used their love to propel themselves into the news.

Barr and Arnold would do everything from flashing their tattoos to the cameras at baseball games to mud-wrestling for the Vanity Fair cover.

At some point, Arnold was rumored to have an affair with his assistant Kim Silva. In response, the former couple announced they would marry Silva.

The end of marital bliss came in 1994. In April, Barr fired Silva and Arnold from her show after a violent argument on the set. She then placed a security guard outside the office so that he couldn’t return and cut up his credit cards.

Shortly after, she filed for divorce and accused Arnold of being physically and emotionally abusive. Barr cited irreconcilable differences, requested a restraining order against him, and asked the judge to deny him any alimony.

“Only two of her personalities liked me. That is not a joke.”

Barr regretted her decision only three days later. She dropped her petition, publicly apologized to Arnold, and recanted her allegations. Three weeks later, she filed for divorce again, and it was granted that December. About the tumultuous relationship, Barr said:

“It was just a really crazy time. It was a hurricane. I got caught in the middle of something, and it was so huge and so unstoppable it was like a speeding train.”

Still, the actress admitted to having no regrets. She added her life was out of control, and she couldn’t find the place to stand still in the middle of the turmoil and fear of feeling flying through space with no anchor.

THEIR LIVES AFTER THE DIVORCE

In 1995, months after officially divorcing Arnold, Barr walked down the aisle with Ben Thomas, her security guard. They had a son together, Buck, before parting ways in 2002.

As per Arnold, he has married three more times since leaving Barr. He and Julie Lynn Champnella tied the knot in 1995 and broke up four years later. In 2002, he and Shelby Roos exchanged marital vows, but they were over by 2008.

Arnold’s longest marriage was to Ashley Groussman. They married in 2009, welcomed son Jax and daughter Quinn, and split in 2019 after a decade-long relationship.

The divorce became final in July 2020, and they agreed to have joint custody of their kids. He was also ordered to pay just over $4,000 in spousal support until 2024 and over $2,600 in child support until the children turn 18.

Arnold and Barr’s failed marriage has made headlines a couple of times in recent years. Back in 2017, he pointed out that he would have never gone to rehab if it weren’t for Barr.

He added that their romance was “good” when it started, but they decided to tie the knot after realizing that nobody liked them. After saying that things turned crazy even though they had a lot in common, Arnold added:

“It is a fact that she had 27 different personalities. It was a complicated life, and only two of her personalities liked me. That is not a joke.”

Years before Arnold’s revelation, he and Barr got into a brief but heated Twitter argument. He announced he cleaned his garage and dropped boxes filled with things – including “old wedding videos” – at Goodwill.

Barr wrote that if it was their wedding, he shouldn’t get rid of them as her children appeared in the footage. After coming back and forth a few times, Arnold pointed out it was not their wedding, and they ended their online exchange sharing pleasantries about Jax. What a duo.