Rick Ross to support to his baby mother Briana Singleton

Rick Ross has agreed to pay child support to his baby mother Briana Singleton and their three children, according to documents obtained by TMZ. 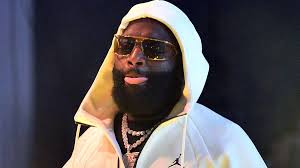 William Leonard Roberts II, also known as Rick Ross, is an established name in the music business who rose to stardom as a record producer and rapper.

Many of his fans know that he shot to stardom with his debut single ‘Hustlin, followed by his debut album, ‘Port of Miami’.

The rapper has made headlines after news that he has signed an agreement to pay child support to his ex.

The rapper and record executive has signed an agreement to make monthly child support payments to his baby mother Briana Singleton, according to documents obtained by TMZ.

As reported by the news outlet, Ross will pay $11,000 per month which includes the children’s health insurance and extracurricular expenses.

Ross has also agreed to pay Briana’s attorney $25,000 as the documents claim that the musician’s monthly income is $585,000.

She is an entrepreneur who also owns Fit By B. Camille, an online sportswear company.

The company is based on Briana’s “principles and values that the woman’s body is ever-evolving and that women must embrace their body throughout all of its many changes”, the clothing line’s website explains.

Briana wants to raise awareness about body shaming as the brand’s “mission is to embrace all women and their body, in every shape and size”.

“We promote self-love and advocate for women to start with loving themselves first from within and any adjustments we can work on with a clear, positive mind of why we are doing it,” The website also adds this information in their bio.

Briana is on Instagram @therealbrianacamille where she has 281,000 followers.

Rick Ross is married to Briana and they have three children.

Ross has fathered Berkley, 4, and Billion, 3. Bliss was their third child and she was born in August 2017.

In June 2020, Briana made headlines after she wanted the rapper to take Covid-19 tests in order to see their children.

Ross also has two children with a former relationship.