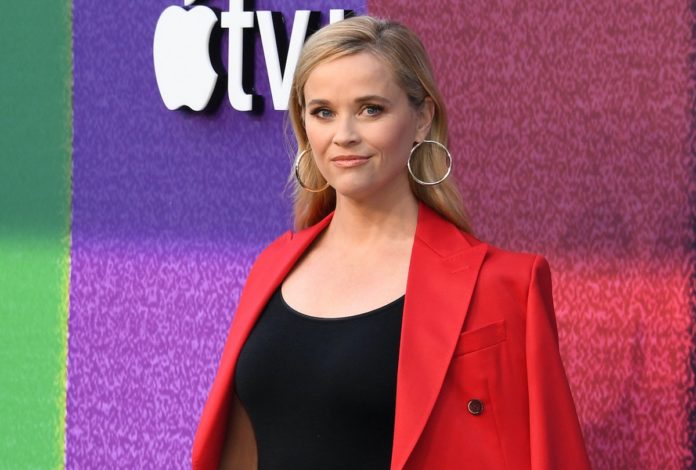 Has Reese Witherspoon cheated on her husband Jim Toth? 365 days ago Gossip Cop confronted a story about the Election star getting caught with another man. Did her marriage really fall apart? Let’s look back on that story and see what happened.

Reese Witherspoon ‘Busted With Another Man!’

According to Woman’s Day, Witherspoon brought a man other than her husband to a big Hollywood party. The “handsome mystery man” had set tongues wagging since Witherspoon and Toth were in the midst of a rough patch. A source tattled, “[Jim] has put up with coming second and even third best for a year or so now, and he’s told friends he’s not sure how much longer it can go on like this.” No one knew who the man was, but Witherspoon laughed all night long.

Gossip Cop thought this line of inquiry was atrocious. It promoted the toxic mentality that men and women cannot be friends without romance and that women cannot manage a career and family at the same time. Just because Witherspoon brought a male friend to a party did not mean her marriage was going to end.

Did They Break Up?

Of course not. This random Hollywood party came and went, and Gossip Cop never heard a peep about the mystery man ever again. Witherspoon and Toth are still happily married, proving you cannot trust this outlet. She recently snapped a summer pic with him and plopped it on Instagram for millions to see.

What’s She Up To?

Season two of The Morning Show is upon us, so Witherspoon’s been very busy doing press. The program’s return means she and bestie Jennifer Aniston are apparently feuding again over who gets to be top dog if the tabloids are to be believed. These stories are especially silly because the AppleTV+ series is in its second season. Why would they bother coming back if they hated one another?

All it took was for Witherspoon to appear with a man in public for this outlet to conclude marital issues, but Gossip Cop wasn’t too surprised. It once claimed Toth hated his wife’s partying, so it’s been promoting this whole narrative for years now. In February, it said the two were headed for a divorce, yet they’re still together.

Every couple of months this tabloid runs another story about Toth and Witherspoon’s tumultuous marriage, yet they appear to be as happy as ever. Woman’s Day is simply not a reliable source for stories about Witherspoon.