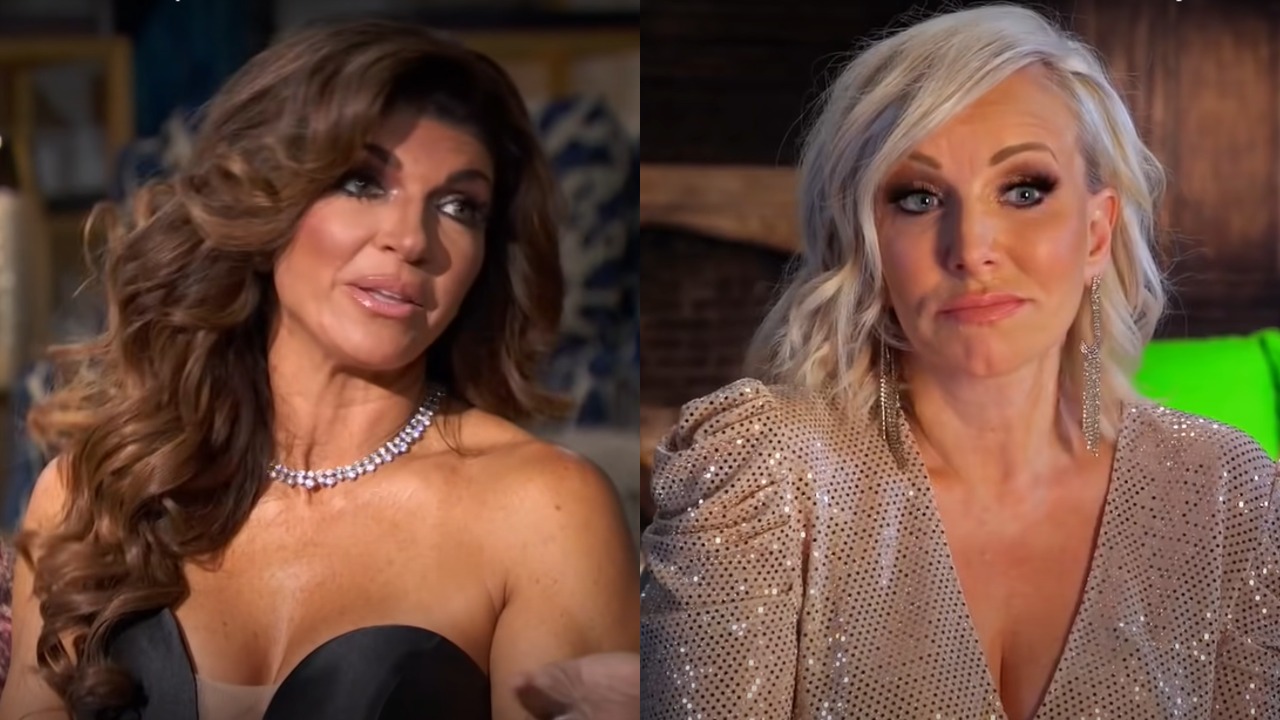 The new season of The Real Housewives of New Jersey has arrived, and it’s getting old school amongst the cast. Meaning, battle lines will be drawn and drinks will soon start flying. The teaser for Season 12 shows an all-out feud between former good friends Teresa Giudice and Margaret Josephs, supposedly stemming from the latter trying to pop Giudice’s “love bubble” with new fiancé Louis Ruelas. And the longtime Bravo alum is answering the question all the fans want to know: will she and Josephs possibly be friends again one day?

So far as we know, Margaret Josephs will eventually question Louis Ruelas’ intentions for fame in the season and also call Teresa Giudice a “sick, disgusting liar.” The accusations apparently push Giudice back to her iconic table-flipping days – this time on Josephs during a couples’ trip in Nashville. It doesn’t look pretty, and Giudice isn’t so optimistic about a future reconciliation in the wake of what happens. The Real Housewives of New Jersey star said to Entertainment Tonight:

Previously, the reality TV star had denied speculation about her fiancé possibly only wanting to be with her so he could be on television. She added to ET recently that being on the Real Housewives “is not fun” for Louis Ruelas or most men that Bravo stars try to date, due to the intense scrutiny. So maybe the Season 12 drama fizzles out and what we’re seeing is just another slight of the network’s editing hand? Again, it’s not so clear because Teresa Giudice also said that she was “hurt and disgusted” by her castmate. The formerly incarcerated reality star elaborated why it might take her a “long time” to forgive Josephs, saying:

The February 1st premiere episode of the twelfth season didn’t give much hints of what’s to come in the fraught friendship. We’ll find out soon enough but, in the interim, the more pressing concern seems to be the other bubbling feud between Teresa Giudice’s kids and their uncle, Joe Gorga. 21-year-old viral sensation Gia Giudice was seen getting into a heated argument with Gorga, and it’s giving serious 2009 RHONJ vibes (when there was a Godfather-style family fracture going on). Or, really, every season with the complicated Giudices.

Co-star Jackie Goldschneider knows all too well that you can’t even make analogies where Teresa Giudice’s kids are concerned. Clearly, there’s a ton of drama expected for The Real Housewives of New Jersey’s new season, making the weekly wait between episodes interminable. To find out what goes down between Teresa, Margaret Josephs, Gia and Joe, tune into Bravo on Tuesdays at 9 p.m. EST! And be sure to check out CinemaBlend’s schedule of other 2022 TV releases.